The Algerian Special Forces — commonly referred to as ninjas — take their training very seriously. Earlier this year they put their training to use rescuing nearly 800 hostages from a militant group in Algeria.

In this video we get a glimpse into some of their training methodologies. In the first segment the soldiers are physically broken down. They must wade through a muddy trench while defending against a barrage of attacks, hurdle over flaming obstacles, crawl through swamped drainage pipes and more. 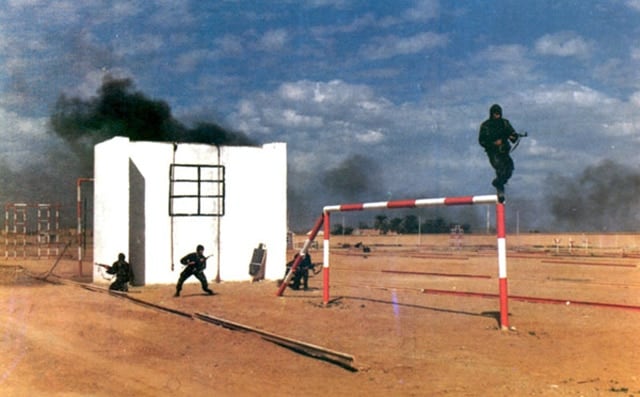 You never know where a firefight will break out — sometimes it’s on a balancing beam.

The soldiers move on to weapons manipulation, covering a variety of techniques and transitions. The building searches look pretty intense. There are some vehicle takedowns and even an airplane takedown.

There aren’t a ton of close-ups in the video, but it appears these guys have excellent muzzle awareness, indexing and a general respect for safety in fast paced training scenarios.