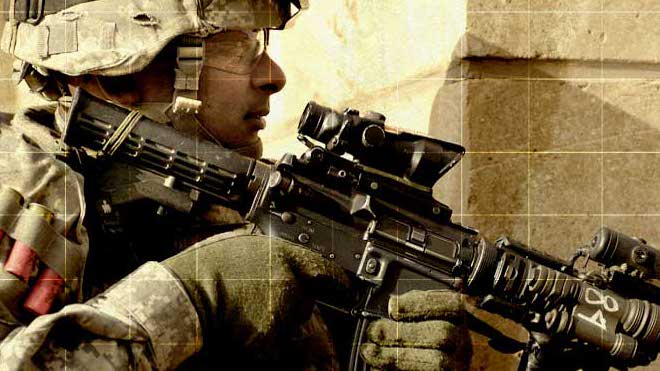 The plans to merge the two companies include keeping on all 750 people the company employs. The acquisition ran Colt Defense $60.5 million which will take on $250 million in debts.

Starting in 2002, Colt began separating it’s military and law enforcement manufacturing branches and subsidiaries into Colt Defense, in an attempt to spread out any liability between the two discrete companies after almost two centuries of operation.

While splitting the company would protect each entity from any lawsuits filed against the other, it’s clear that the separation has cost Colt a degree of flexibility and market-savvy. And since civil litigation hasn’t been a problem for any part of the Colt lineage, the company is cutting their losses and coming back together.

“For the first time since their separation in 2003, a single company will now develop, manufacture and sell firearms under the Colt name for all markets,” reads Colt’s press release. This follows Colt Defense buying out the Blackstone Group of their remaining stake in the company earlier this year.

Colt’s military contracts have been on the decline in recent years as well. While the company continues to manufacture C7 rifles and C8 carbines for the Canadian military, the company has lost many contracts supplying U.S. armed forces.

Currently FN USA manufactures most of the military’s rifles and landed a major contract to supply the Army with new M4A1 carbines, a contract originally held by Colt. And with the Improved Carbine Competition getting canned, future military contracts are far from the horizon.

While Colt is still making firearms for the U.S. military, most notably the M45A1 Close Quarter Battle Pistol, a modified Colt Rail Gun, for the Marines, it’s a smaller contract and the company’s commercial sales have stalled out.

And even though Colt’s rifles and handguns are widely held as high-quality arms, they command a price premium that turns off many customers. Companies like Bushmaster and Smith & Wesson have taken over the majority of the law enforcement market and the rest of the consumer manufacturers have cut deeply into Colt’s business on the commercial market.

But right now, the commercial market can’t have too many guns or too many manufacturers. “Both businesses have been growing because of the demand for civilian firearms,” said Gerry Dinkel, chief executive of Colt Defense. “We’re still adding employees here, in both businesses.”

What does this mean for Colt in the future? Hopefully a return to innovation. Colt is one of the few companies that can truly call their firearms “mil-spec” but high-quality AR-15 rifles and 1911s can be found from many manufacturers.

Colt made a bold return to the concealed-carry market with the return of the Colt Mustang Pocketlite and the updated pocket .380 ACP pistol, the Mustang XSP.

If Colt takes their ability to breathe new life into their classic designs and use their large-scale manufacturing capabilities to bring to market high-quality firearms at competitive prices, then there’s no doubt that they will find success in their next 175 years.