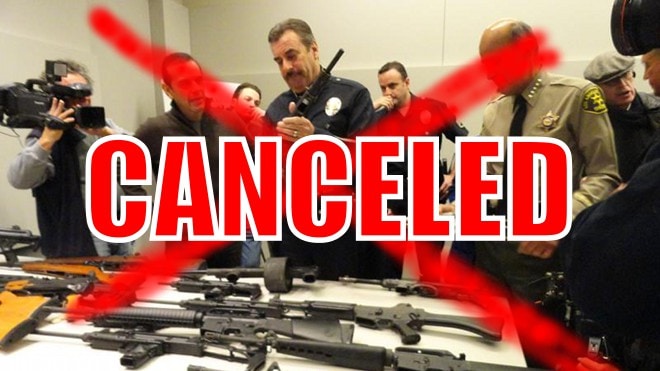 A planned gun buyback event in Boulder, Colo. was brought to a halt, ironically, by the state’s new gun control laws. Colorado recently enacted a universal background check scheme that would require each transfer to go through a licensed gun seller and pay a tax on each transfer.

Though not illegal, each transfer would cost the event organizers $20 to $60, which would use up the most of the buyback’s cache. According to deputy county attorney Dea Wheeler, as long as the buyback workers passed background checks for each gun bought, they would be in compliance with the law.

The sheriff of Boulder supported the buyback but could not help the “non-partisan multi-faith organization” Together Colorado with the background checks, as there are not exemptions in the law for the police or buyback programs such as these. 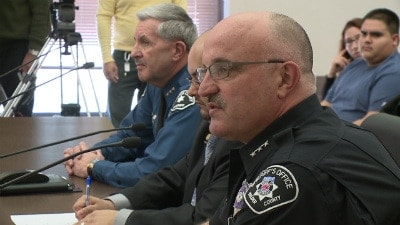 The Boulder sheriffs’ department has an InstaCheck system, but said that it’s not a mobile unit and couldn’t be brought out for the buyback event. “The bottom line is what we anticipated doing would still be legal — but procedurally we can’t follow through with it at this time,” said Boulder county Sheriff Joe Pelle to Boulder’s Daily Camera.

In an statement announcing the cancellation, Sheila Dierks, a Together Colorado worker said, “Sheriff Pelle has stood strong for this event, has done tremendous work to make it happen and he is as disappointed as we are.”

Event organizers and student volunteers were going to use the money they raised, over $8,000, to purchase tickets to sporting events and gift cards to give to people who turned in guns.

The guns were originally going to be handed over to the sheriff’s office to be destroyed and their parts sent to local sculptor Jessica Adams to be worked into a piece of metalwork art protesting gun violence.

Gun buyback programs like these are being increasingly criticized for their lack of effectiveness, are largely a waste of money and have no measurable impact on crime.

Currently 55 Colorado sheriffs have filed suit against the state’s new gun control laws including mandatory background checks and magazine capacity limits. Sheriff Pelle is not among their ranks.

Speaking about the new laws Pelle said they were “common-sense approaches” to curb violence “while not taking guns from law-abiding citizens in any way.”

One week ago seven of the sheriffs that joined the lawsuit spoke out against the new gun laws at a rally in Brush, Colo. Sheriff Bruce Hartman of Gilpin county said, “From my perspective we’re not just arguing civil liberties,” he said. “Today it’s the second amendment. Then it’s the first. It’s not going to stop.”