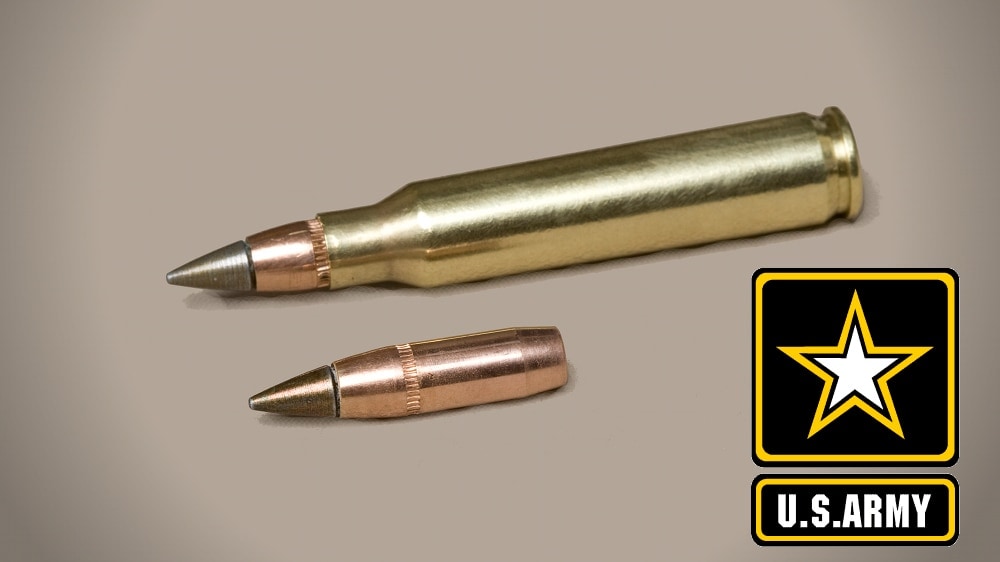 The U.S. Army is hastening their adoption of the new M855A1 Enhanced Performance Round, a new 5.56 NATO cartridge that’s designed specifically for M4 carbines. The Army has been so impressed with the new round that they’re now developing a 7.62 NATO variant. The cartridge is also both environmentally- and soldier-friendly.

Often referred to as the Army’s new “green” ammo, the M855A1 EPR is lead-free, although that’s not the reason why they’re making the change.

The new cartridge offers much improved performance in just about every circumstance. It travels at higher velocities and has better ballistics and range, it’s great at barrier penetration and is more effective on targets at all ranges.

Soon these benefits will come to the Army’s 7.62 NATO ammo, too.

“Picatinny’s EPR team is applying the same technology to improve M80A1 7.62 mm ammunition that troops are scheduled to receive in 2014.”

The improved cartridge uses a new bullet and propellant. The bullet weighs the same but is longer, giving it a higher ballistics coefficient and the new propellant burns faster, giving the M855A1 EPR greater muzzle velocity. This is what gives the new cartridge it’s improved range. A side benefit of the faster burning powder is lower muzzle flash.

There are a couple of drawbacks to the new cartridge. First and foremost, it’s a barrel-burner. M855A1 EPR operates at close to proof pressures and will increase the wear on any firearms that are loaded with it. The Army is rolling out new M4A1 carbines which have heavier barrels that will be less affected by the heat and pressure of the round but there’s no getting around it, the cartridge will decrease the service life of rifles and rifle components.

The other drawback is cost. The construction of the bullet adds to the price per round. M855A1 EPR ammo has a two-part semi-exposed core comprised of a pointed steel penetrator tip which is backed by a copper slug. The core separates after impact which contributes to its effectiveness.

The two-part core is reverse-jacketed, which in part makes it more ballistically stable, but the manufacturing process is more complicated and just a bit more expensive, too.

“The EPR replaces the lead slug with a copper slug,” said Lt. Col. Phil Clark of the PEO ammo office, and it’s more expensive than lead. The copper certainly improves the round’s barrier penetration, effect on targets and range, but the metal itself is costlier.

“This makes the projectile environmentally friendly, while still giving soldiers the performance capabilities they need on the battlefield” said Clark. “So far we have eliminated 1,994 metric tons of lead from 5.56 ammunition production.”

Lead exposure isn’t just an environmental concern as many soldiers are exposed to dangerously high levels of lead as well.

“There is overwhelming evidence that the OSHA standard provides inadequate protection for [Defense Department] firing range personnel and for any other worker populations covered by the general industry standard. Specifically, the premise that maintaining blood lead levels under 40 [micrograms per deciliter of blood] for a working lifetime will protect workers adequately is not valid,” concluded a recent National Research Council report.

It’s not a huge surprise that the Army is looking to improve the M80A1 7.62mm cartridge as well. The M855A1 EPR in some cases is already as effective as the M80A1, particularly when it comes to penetrating steel cover. An improved 7.62 cartridge would be even more impressive down range.

By taking the same approach to projectile construction the Army expects to make soldiers more effective and a bit safer, too.