Red Hot Chili Peppers' bassist Flea not a fan of guns; ‘Change the Constitution’ and ‘Melt them down’ he says 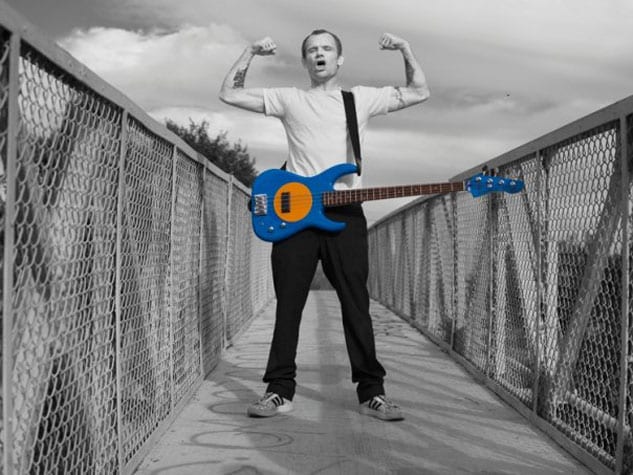 Michael Peter Balzary, otherwise known as Flea, the bassist for the band Red Hot Chili Peppers, has joined the ranks of celebrities playing political games and decided to tweet his feelings about guns and gun control. Apparently the Australian-born American musician feels that guns are a “pathetic useless concept for sick people” that we should change the Constitution and melt all of the guns of the world down and turn them into sculptures.

To each his own, but please, for the love of all things sex, drugs and rock ‘n’ roll, Flea, please step away from the keyboard and continue to just make great music.

why anyone would ever want to own an automatic weapon i will never ever understand. it’s a pathetic useless concept for sick people

Automatic, semi automatic, I don’t care. I’m against em…….. Melt em all down turn em into sculptures there is no need for them on earth

@flea333 love you, love RHCP, but this is the dumbest tweet I’ve seen from you my man

No civilians should be allowed to have guns. none.

and i dont think the cops should have guns either