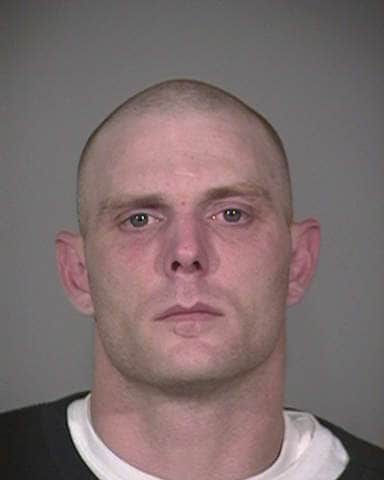 A police mugshot of Joshua Renick.

A home invasion in Indianapolis left one man dead and a homeowner distraught over having to shoot him early Wednesday morning.

The incident occurred about 3 a.m. when the suspect, Joshua Renick, apparently kicked in the door of Chad Heugel’s Indianapolis home.

Police were called about the same time when neighbors heard several gunshots.

One neighbor, Daniel Davis, told reporters, “Heard about six to seven gunshots and came outside to see what was going on. By the time I came outside I didn’t hear nothing else. Dude came out saying he almost got robbed and that the dude is in there and I guess he shot him. He’s like ‘I had to, I had to.’”

When police arrived, Heugel directed them to his home, where they found Renick lying in a hall unresponsive. A few minutes later he was pronounced dead at the scene from an apparent gunshot wound.

Heugel said that he did not know Renick, nor had he ever seen him before.

Police also arrived to find a newer model black Chrysler 300 parked a few houses down in the middle of the street, with the doors open and the engine running, but nobody inside.

“It’s very peculiar when you see a vehicle with the doors open and the engine idling,” said IMPD Officer Chris Wilburn. “There are a lot of pieces to this puzzle that don’t make a lot of sense, but we are trying to figure it out as we receive information.” Crime scene investigators worked to determine if there was any pertinent evidence within the car.

Police stated that the entire case is “not cut and dry” but did not elaborate.

“This is an active investigation; detectives are gathering information and examining evidence. Once they have all the facts, the information will be presented to the Marion County Prosecutor’s Office. At this time detectives do believe this was a home invasion,” police said in a statement.

Court records showed that Renick had an extensive criminal history that encompassed at least four states and included criminal confinement, resisting law enforcement and armed robbery. In 2007 he was sentenced to 10 years for armed robbery, but was released after serving only four years.

Heugel did not wish to speak on camera, but according to the police, he was very traumatized by the incident.