In the wake of the George Zimmerman ruling, Rev. Jesse Jackson has called for a boycott of Florida, which he labeled an “apartheid state.”

During an interview with CNN, Jackson calls into question the state of Florida’s “Stand your ground” laws and claims  that, “Homicides against blacks have tripled since this law has been in existence. Now more homicides and more guns make us less secure.”

But through the efforts of fact checkers, this statement seems to be incorrect in its interpretation of statistical evidence.

PolitiFact received an email from the Florida Department of Law Enforcement that provided statistics for the number of black homicide victims each year. With the Florida “stand your ground” law coming into effect during 2005, PolitiFact started their evaluation of increased homicides against blacks starting from 2006 to the 2012.

Here are the number of black homicide victims each year: 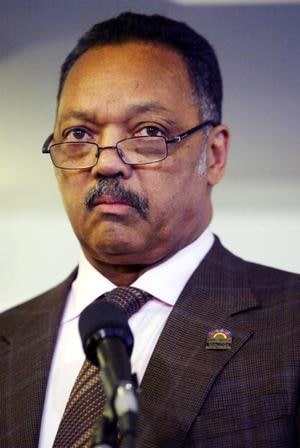 By looking at the number of homicides committed each year the amount of deaths has not tripled. So where did Jackson come up with this number? The short answer is no one is sure. But there is speculation that Jackson may have been interpreting the number of Justifiable Homicides that have occurred since “Stand Your Ground” came into effect, which have tripled since the law came into effect. But there is a problem with reporting this number because black homicide victims and justifiable homicide are not representative of each other. Some of the deaths by justifiable homicide were against blacks, while some were not.

Jackson’s use of the statistic that “stand your ground” laws have led to a tripling of the homicides against blacks in the state is simply inaccurate at best and completely untrue at worst. It is uncertain in what context he used when referring to statistical evidence but the way he represented this evidence was incorrect.