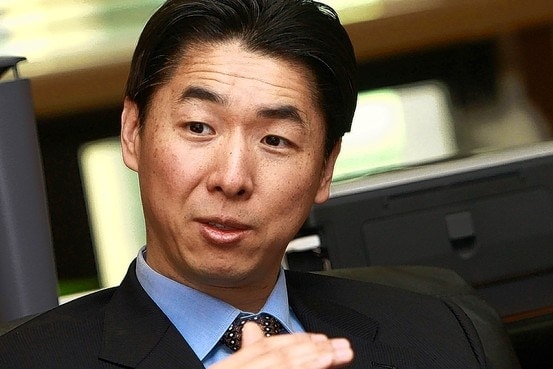 Justin Moon is the owner of Kahr Firearms Group.

Kahr Firearms Group released a statement this week informing the public that Kahr Arms, Magnum Research Group and Auto Ordnance is in fact owned by Justin Moon, the founder of Kahr Arms.

According to the statement, “Wikipedia lists inaccurate information with regard to the history and ownership of Kahr Firearms Group. The corporation would like to go on record that the Kahr Firearms Group was founded in 1994 by Justin Moon.”

Since Guns.com has existed (we launched November 2010), there has always been speculation and assumptions about who exactly owns Kahr Arms, but the company has always told the same story and the evidence have always led to the same conclusion.

Kahr Arms formed in 1994 and the company propelled itself into the firearms business with the introduction of the K9 pistol at the 1995 SHOT Show. However, the company has roots that go back a bit further.

Kahr Arms is a division of Saeilo, a manufacturing company that specializes in metalworking such as CNC machining. Moon is also the CEO and president of Saeilo and has been since 1992, according to the company’s website.

According to New York state documents, Saeilo filed as a business with the state of New York in 1981, listing Pearl River, New York, as its home address.

Over time, Saeilo expanded, opening shop in four different locations across the U.S. and three locations overseas. However, Kahr Arms, which also expanded when it acquired Magnum Research and Auto Ordnance, became Kahr Firearms Group. Kahr is headquartered in New York, and its manufacturing plants are located in Massachusetts and Minnesota (and will soon expand to Pennsylvania), though the company itself is actually registered with Massachusetts.

Kahr Firearms Group now employs 250 men and women between its three locations across the U.S., and is listed as a $75-$100 million corporation, according to the statement.

But the question still remains, what exactly about Kahr’s ownership needed correcting?

The rumor that always pops up is that a South Korean company called the Tongil Group owns Kahr Arms, and frankly, it seems, representatives of Kahr are tired of setting the record straight, as they repeatedly referred Guns.com to the press release.

However, there are obvious connections that can be made. For example, Moon’s father is listed as the founder of the Tongil Group, and Moon himself was once listed as the company chair in addition to heading up Kahr. So there’ s confusion there, but the connections get even more complex: the Tongil Group also owns a company called Saeilo. Although it’s the same name, it’s a different company.

According to the Tongil Group’s website, the South Korean Saeilo was founded in 1999 and dabbles “in different fields from building security, bodyguards, personnel protection, cleaning, logistics, and site clean-up after completion of construction to guessing airplanes. [Its] primary role is involved with the security, cleaning, and facility management of companies within and outside the foundation.”

And besides providing different services, the company has a different CEO — one by the name of Young-tae Kim. But again, the connections seem more than just coincidence. Guns.com reached out to representatives from both Kahr and Saeilo for clarification, but did not get a response as this article went to print.