A Response to "Stupid, Immoral, Dangerous, Coward: My Month with a Gun" 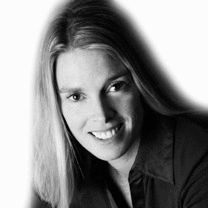 I don’t typically go head to head with people about guns.  I don’t find any joy in arguing with friends and colleagues whose minds are made up.  But some “arguments” require deeper analysis.

“‘Stupid,’ ‘Immoral,’ ‘Dangerous,’ ‘Coward’: My Month With a Gun,” a Daily Beast article by Heidi Yewman, requires a response.

Heidi Yewman is a graduate of Columbine High School and was a witness to the terrible shooting that took place there.  She is a board member of the Brady Campaign to Reduce Gun Violence.  She’s active in efforts to eradicate gun violence, and author of Beyond the Bullet, a book about the aftermath of gun violence. Her article has a simple premise:

I listened to the NRA’s Wayne LaPierre say, ‘The only thing that stops a bad guy with a gun is a good guy with a gun.’ I decided to find out what it felt like to be that ‘good guy’ by carrying a gun everywhere I went for a month, doing the absolute minimum that’s legally required.

Over 30 days, I followed four rules: carry it with me at all times; follow the laws of my state; only do what is minimally required for permits, licensing, purchasing, and carrying; and finally be prepared to use it for protecting myself at home or in public.

Seventeen years ago, what started as a confidence scam ended with me driving around Atlanta in my ragged out minivan with gun to my head.  If you are curios about the gritty details, you can read an account here.

I did not have a gun, but I managed a climactic escape.  That’s all that matters.

An I bought a gun, a Kel-Tec 9mm, (a gun that’s been in the press a lot lately).  I trained with the pistol.  And I carried it.  At night, when I left work, I walked through the mercury vapor glow of Atlanta’s urban darkness with a gun.

I can empathize with the nervousness that Yewman felt when carrying her gun (a Glock 9mm).  I didn’t get the secure feeling I expected.  I didn’t feel any more secure than I had when I walked the streets before I owned a gun.  For two weeks, I couldn’t wait to take the gun off.  I felt like everyone could tell that I had a gun and that I had no idea how to use it.

So I sold it.  I wasn’t mentally ready to carry a concealed handgun.  It would have been better to tuck myself up into a ball and drop to the ground.

Yet I understood these emotions and how to deal with them.  I bought a Beretta 92FS.  While I wasn’t going to carry it, I was going to master it.  And I did.  I put box after box of 9mm ball ammo through the Beretta.  I took it apart every day for months.

It would be years before I was confident enough to carry a concealed handgun.  And even longer before I carried with any kind of regularity. 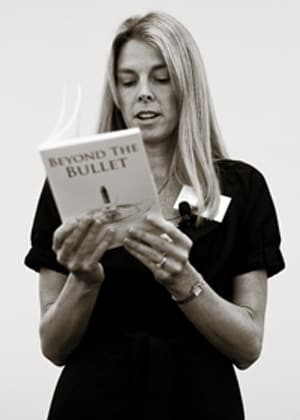 Yewman’s essay was to be published in regular installments for Ms. Magazine.  Yet negative reaction to the first installment was so heated that Ms. canceled the project.  Thankfully it was picked up by The Daily Beast.

Why was the reaction so negative?  It all has to do with rule number three: “only do what is minimally required for permits, licensing, purchasing, and carrying.”

“Responsible gun owners will seek out training,” Yewman writes.  “But what worries me—and what should worry everyone—is the irresponsible owners possessing some of the more than 200 million guns in the U.S. today.”

One of the best questions asked by Yewman has to with the elimination of risk.  She recognizes that having a gun won’t guarantee her safety.  She would have to have access to the gun, and the training and willingness to use it.

Yet she takes little care with access.  At one point she leaves the gun in her purse, on a kitchen counter, near enough to her 15-year-old son, while she went outside to “enjoy the warm weather.”

Funny, that.  “I pondered how I’d just straddled the fine line between being a responsible gun owner and an irresponsible idiot whose 15-year-old just accidentally shot himself or someone else with my gun.”

At least she has the idiot part right.  But don’t get me wrong, here.  I’m not calling Yewman an idiot.  The whole exercise is idiotic.  And, as she proves with this episode, dangerous. 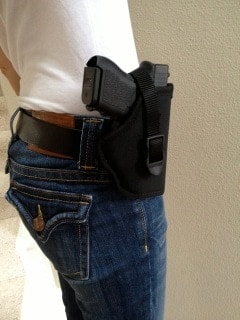 What does she learn from this?

Having a gun seems to open Yewman’s eyes.  She senses how bad things are, or could be.  But this awareness troubles Yewman.  And she blames this new knowledge on the gun, as if it was the cause of all evil.  “[The gun] leads to some questions that have no easy answers.”

She’s like a hobbit with a powerful ring.  If she can just get the ring to Mordor and destroy it, the world will be free of evil.

Before she picked up her gun, Yewman was oblivious.  Obliviousness, Yewman thinks, is good.  After her gun experiment, she worries.  ‘”Is someone breaking in? How fast can I get to the gun? Will they hear me? How much time do I have before they get to my bedroom? What if they go to my son’s room first? Will I shoot them in the face or heart or stomach?” And then I think: “How in the world would I live with myself knowing I took a life?”‘

I ask the same questions.  I know the answers.  I’ve practiced the scenarios.  I’m not paranoid.  I’m prepared.

What do her readers learn?

Yewman wants her readers to believe that if you have a gun, you have to consider that the world is a dangerous place.  And if you don’t have a gun, than you can sleep peacefully at night.

“Suspiciousness and fear of people,” she writes “is new to me, and I don’t like it.”

The most useful point she makes is this: “an untrained permit holder like me shouldn’t be allowed to carry a concealed gun in states that at least require training and safety classes.”  I would take it farther and say it is a bad idea for anyone who owns a gun, or has access to one, to willingly remain ignorant on its use.

Carrying a gun requires training and practice.  Neglecting that responsibility is negligent.

I thought the gun would make me feel more powerful, more confident, and less fearful. I was wrong. All I felt was fear. Physically taking the gun out of the safe and putting it in a holster on my hip literally reminded me that I was going out into a big bad scary unsafe world. There were days when I put the gun back in the safe and stayed home because it simply took too much energy to be scared.

As an exercise in participant observation, Yewman’s experiment is a failure.  Good anthropological fieldwork is more about culture and psychology than artifacts.  Yewman never did take responsibility for her actions.  Instead, she ends by demonizing objects.

To Yewman, I would offer this observation.  You still don’t know what it is liked to own a gun.  You only know what it feels like to be owned by a gun.

So where is Yewman’s Glock now?  “There’s a sculptor who turns melted-down guns into public art,” she writes.  “My gun is now a piece of art.”

And there are still those among us who consider a Glock to be a piece of art.