Dad Tricks Robber by Making Him Think He Has a Gun, Gets Son’s Stolen Watch Back

A father, who was at a park in Westwego, Lousiana with his son and daughter, tricked two armed robbers into giving his son’s watch back to him after he made them think that he was armed as well.

The suspects approached the 12-year-old boy, brandished a firearm and demanded his watch, to which the boy complied and handed it over. They two continued to hang around the park, despite the fact that they had just committed a felony. When the boy’s sister discovered what had happened, she confronted the two, but they once again pulled a gun out and threatened the girl.

So the kids went to get their dad.

The quick thinking father, very cool, calm and collected like, walked over to the two teen suspects with his hand behind his back, then convinced them that he too was armed and that it would be in their best interest to hand the boy’s watch back over to him. With his hand simply behind his back, pretending that he had a gun, the father convinced the two suspects to drop their weapons and lie down on the ground until police arrived.

However, a man nearby spotted the father dealing firmly with the two suspects and did not like the way the teens were being treated. That man, along with a few others, confronted the father, which eventually turned into a sort of melee that was later stopped by police when they arrived.

Yet while the crowd was busy fighting over the way that the teens were being treated, the two suspects ran away. Officers eventually caught up with 18-year-old Donquell Henry, but the other boy got away.

Henry admitted to carrying a firearm, but denied threatening anyone.

He is being held for armed robbery, aggravated assault and resisting an officer with a $51,000 bond. 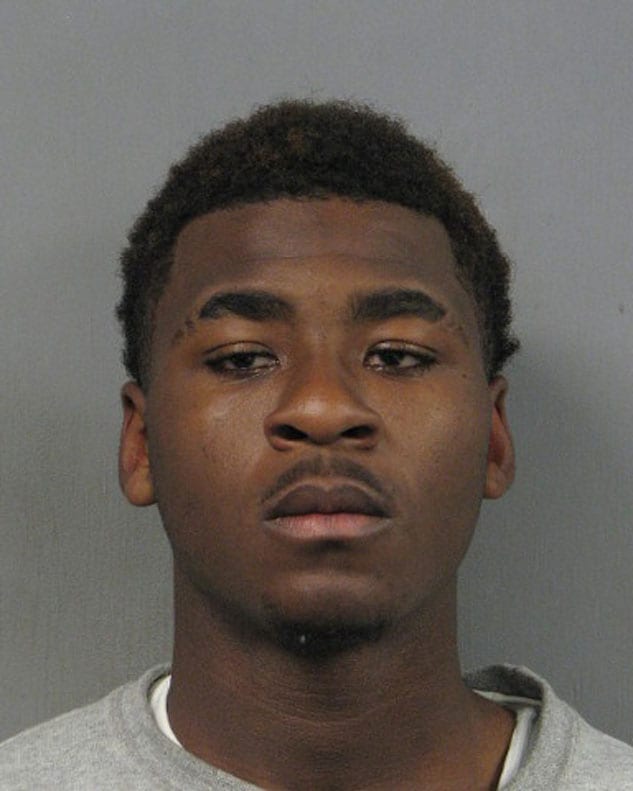