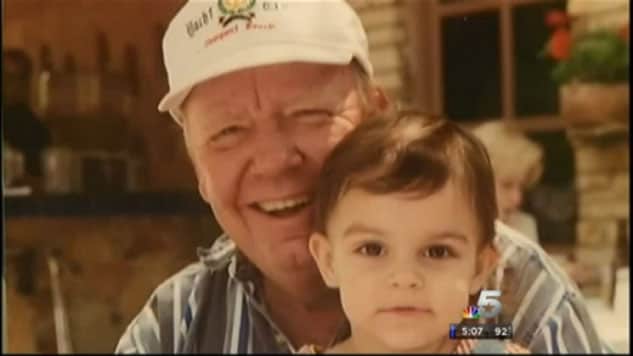 Two Fort Worth police officers made a deadly and devastating mistake when they responded to a late-night burglary in progress back in May and went to the wrong house.

They arrived at 404 Havenwood Lane instead of the intended home across the street at 409 Havenwood Lane. The officers blame their mistake on poor lighting around the home, but an affidavit released this week stated that the home they entered had a brick mailbox next to the street which had the numbers “404” clearly inscribed on it.

As 72-year-old Jerry Waller noticed bright lights outside of his window, he armed himself with a .38-caliber handgun and went to see what was going on. That’s where the details get sketchy.

The officers claimed that they came upon Waller outside of the garage, they identified themselves as police officers and told Waller to drop his weapon. Instead, Waller pointed his gun at them and that’s when they shot him.

However, Waller’s widow, Kathy, claims that her husband never left the garage. She said that she heard yelling, immediately followed by gunshots.

Waller’s body was found in the garage, a few feet from the kitchen door.

Waller’s family told reporters that they are “deeply troubled by the police department misrepresenting details of the incident.” His widow also said, “Married 46 years, and then somebody gets a little trigger-happy and away they go.”

At the time of the shooting, both officers had been with the department for less than a year. They have since been returned to full-time duty.

An investigation into is still ongoing.