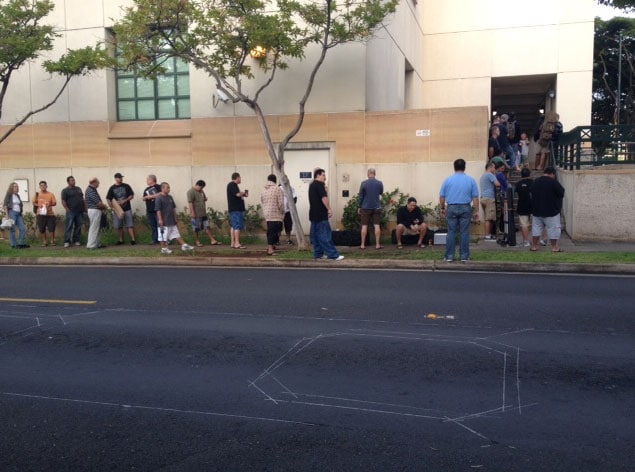 The state Department of the Attorney General released a report earlier this year which showed that in the state of Hawaii gun registrations are continuing to soar while violent crime in the state, instead of increasing, has continued to do a steady nosedive. Firearms registrations have hit record highs, while violent crime reports have hit all-time lows.

The state requires that gun owners obtain a permit in order to purchase firearms and that guns be registered with the state. However, multiple firearms are allowed under the same permit, so the number of permits issued compared with registrations differs. Additionally, the permit needed to purchase firearms is not the same as the permit for concealed carry, which in the state of Hawaii is virtually non-existent, as the “may issue” state more times than not chooses to be “no issue.”

“While there has been a tremendous increase in firearm registration activity in Hawaii since 2000, the annual trends for both the number of firearm-related violent crimes and the proportion of violent crimes involving firearms relative to other weapon types remained stable within a low and narrow range through 2007, and decreased substantially from 2008 through 2012, during which time registration activity increased the most sharply,” the Department of the Attorney determined.

According to the report, “The violent Index Crime rate in Hawaii decreased 4.8% in 2011, and the property Index Crime rate decreased 4.9%, reaching its lowest level on record for the State of Hawaii.” Those violent crimes include murder, forcible rape, robbery and aggravated assault. Property crimes include burglary, larceny-theft and vehicle theft. Total crime for the state was down nine percent for 2011, setting record lows across the board. 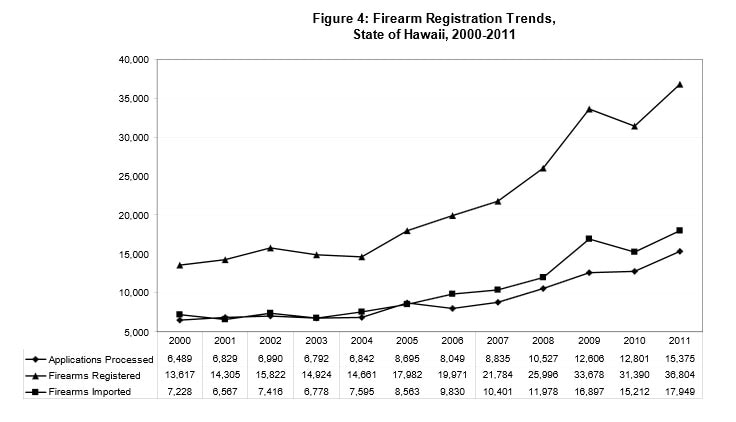 While it may be speculation to say that the decrease in crime is a result of an increase in gun ownership, it’s hard to say for sure, especially considering that, even with the increase, armed citizens in Hawaii are still rather scarce.

Hawaii has some of the strictest gun laws in the country and while state law does permit concealed carry with a license, obtaining one is a rarity. According to the report, “Four private citizens applied for a concealed carry license in the City & County of Honolulu, and one applied in Maui County, and all five were denied at the discretion of the respective county police chief. Some 168 employees of private security firms were issued carry licenses while two were denied.”

But even with the high rate of concealed carry permit denials among average citizens, Hawaii still maintains one of the lowest denial rates, only about one percent, in the country for purchasing permits. More than half of the denials were due to criminal convictions.

Dr. Max Cooper, the legislative liaison for the Hawaii Rifle Association, told Hawaii Reporter, “Our Hawaii rate of denial of permits 1 percent, lower than other states which are at 1.8 to 2.5 percent, indicates our Hawaii law-abiding gun owners are just that.”

And those law-abiding gun owners will go to great lengths to ensure that they are able to lawfully exercise their Second Amendment rights in the state, where it’s not unusual to wait in line for as long as nine hours to either obtain or turn in paperwork for a permit. Registering a handgun takes even greater perseverance, as the law requires three trips to the police department and two trips to the store where the gun was purchased in order to obtain a permit. 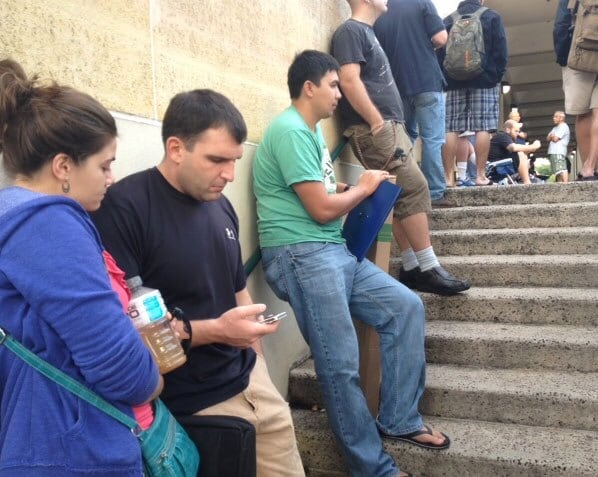 “Only six to eight officers and employees are available to staff the Honolulu Beretania St. firearms desk, during shortened business hours only, and only one person each for the other counties. The police officers and civilian employees are working as hard as they can, but the public is under-served,” Cooper stated.

But even with the long lines and other hassles, gun owners in Hawaii are increasingly exercising their right to keep and bear arms in the state, which now has more firearms in the state than its 1.3 million residents.