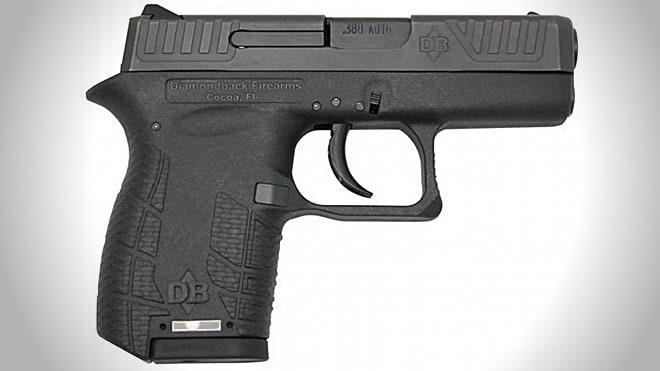 Florida-based Diamondback Firearms is gearing up to launch a new version of their extremely successful DB380 concealed-carry pistol.

The new design features an all-new appearance that more than stands out from the first generation, with a slide and frame design that makes the new DB380 look unlike any other gun on the market, with stylized slide serrations and sleek grip texturing.

“It’s ready!,” exclaimed a post on the company Facebook page. “A first look at the second generation DB380 coming soon. More pics and specifications on the way.”

The redesign is likely a result of a recent lawsuit. Kahr Arms, the New York-based gun manufacturer — soon to be Pennsylvania-based as the company is expanding out of state in protest of new strict gun control laws — recently won a courtroom battle against Diamondback for the use of a trigger cam, which was too similar to the Kahr trigger for which the company held a patent.

“The cocking cam trigger system employs a patented cam to both unlock the passive safety and complete cocking and releasing of the firing pin”, explained Kahr in a statement about the lawsuit. “The system provides a ‘safe cam action’ and a smooth double action only trigger stroke. The cocking cam trigger system patent was granted to Kahr Arms founder Justin Moon on April 2, 1996. This design is found on all Kahr firearms.”

The new design, show on the right, employs a new trigger arrangement that uses a third pin above the trigger, which is a clear indication that the new DB380 houses a new fire control group, one that doesn’t use Kahr patents.

Apart from the other changes, which appear to be cosmetic, the guns looks remarkably similar and we expect parts like magazines and sights to remain compatible with the new pistol. They have the same contoured trigger guard in order to work with laser sights and weapon lights.

We also expect these changes to propagate down the line to other pistols that Diamondback makes, specifically the DB9, it’s just a matter of time. 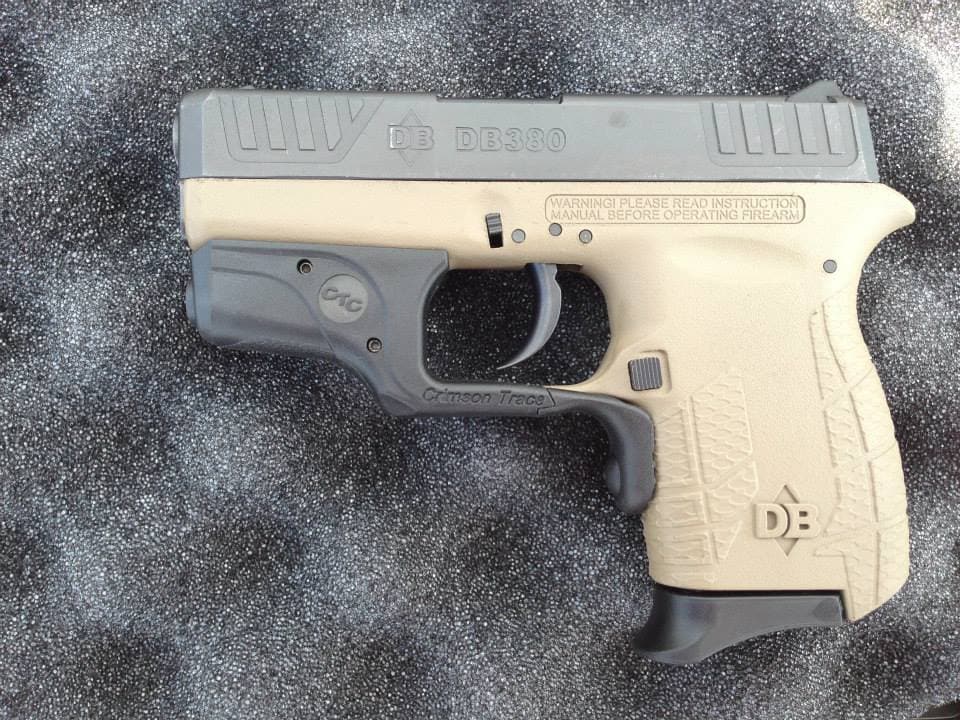 Diamondback has yet to release other details surrounding the redesign. It would be surprising to hear that there are any dimensional or weight differences apart from the negligible mass difference of the redesigned fire control group.

The new trigger, however, will have some people on the edge of their seats until the guns hit store shelves. Diamondback’s triggers — and by necessity, Kahr’s — are considered some of the best double action-only triggers in the striker-fired world.

Diamondback has big shoes to fill with the redesign, their own — or Kahr’s, depending on your perspective.