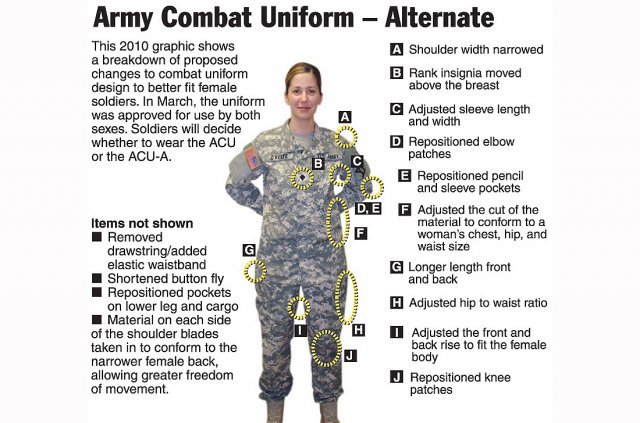 With the announcement that nearly all military positions will be open to women in 2016, there was a increased need for the military to come out with a new uniform that would be more accommodating. For years female soldiers were having to deal with military uniforms that were specifically tailored towards men. This led the military to design a new line of uniforms that include a few different features then the previous uniforms could offer. 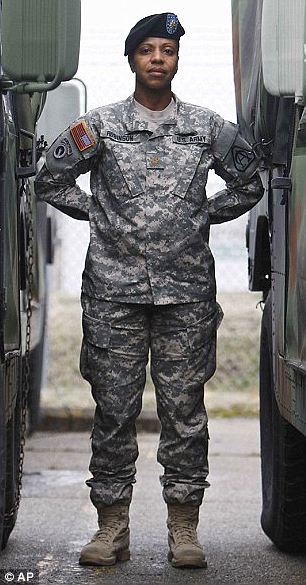 The uniforms are designated unisex, fitting women and men who had smaller frames than the previous uniforms accommodated.  Changes include pants that are wider in the hips, rear, and thighs. Elastic waistbands will replace the traditional drawstring. Also there will be adjusted pockets, a slit for knee pad inserts, and a rise in the pant leg.

Changes in the uniform tops include a more aesthetically pleasing position for name and rank. Slips made for elbow pads, slimmer shoulders, and a slimmer fit along the waist.

Of the female soldiers that were chosen for testing the new uniforms a “An overwhelming majority, 94 per cent of all respondents, said that the cut of the new ACU-A allowed them to present a better military appearance.”
Women account for 1/6th of the army population and that number is expected to rise in the next few years now that more positions have become available.