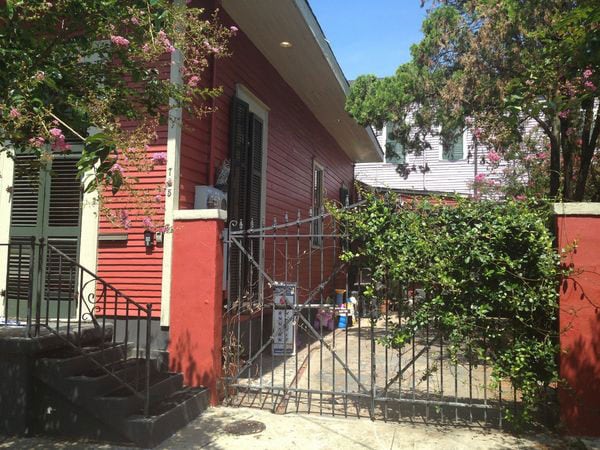 The New Orleans home where the shooting occurred. (Photo credit: The Times-Picayune)

A New Orleans man faces second-degree attempted murder charges for shooting a 14-year-old boy who was allegedly trying to break into his home early Friday morning.

The Times-Picayune reported that Merritt Landry, 33, was awakened just before 2 a.m. Friday by the sound of his dog barking. When Landry went outside to see what had the dog’s attention, he walked from the front yard to the back yard and that’s where he found 14-year-old Marshall Coulter had climbed over a fence and was just a few feet from his back door.

According to Landry, as he approached teen, Coulter made a “move, as if to reach for something.” Landry, fearing that Coulter was reaching for a weapon, shot him once in the head. The police investigation indicates that the two were about 30 feet apart when the shot was fired, and Coulter was found to be unarmed.

Coulter was taken to a local hospital where he remains in critical condition. According to his family, he has some slight movement of the right side of his body, but if he does survive he will have permanent and severe brain damage.

Landry was arrested and charged with second-degree attempted murder. He posted a property bond and was released late Friday. A building inspector for the Historic District Landmarks Commission, Landry has been placed on suspension without pay, pending the outcome of the criminal investigation.

Landry’s attorneys, Michael Kennedy and Miles Swanson, issued a statement Friday afternoon which said, “This incident is terrible, and Mr. Landry feels terrible about how things have occurred. Nevertheless, we remain convinced our client has done nothing wrong, and we are sure — as facts come to light — it’ll become clear that Mr. Landry will be fully exonerated of any wrongdoing.”

Opinions are split over Landry’s actions and although Louisiana law allows for the use of force – even deadly force – to protect one’s family or property, it also places the burden of the defense to prove that the person acted out of an imminent threat. Additionally, the law specifies that the use of force is justifiable when a person forcibly enters a dwelling.

While neighbors’ accounts and some surveillance video may show that Coulter’s actions in jumping in the fence into Landry’s yard were somewhat questionable, the fact that Coulter was unarmed, not acting in a threatening manner and only on the property, not actually in the house or in the process of breaking in, might prove to be against Landry’s defense. 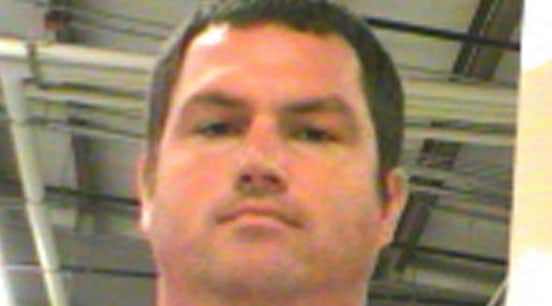 Merritt Landry, 33, will face second-degree attempted murder charges for shooting the boy who he thought was breaking into his home. (Photo credit: The Times-Picayune)

Some of the area residents had seen Coulter and another boy riding around the neighborhood earlier in the day and one neighbor said that it appeared the boys were looking at the different houses. One neighbor, who did not wish to be identified, became somewhat suspicious of the boys circling the area.

“I thought about calling the cops, but the last thing I want to do is racially profile a little kid who’s just biking,” the neighbor said.

Charles Hazouri, another neighbor and a friend of Landry whose surveillance cameras caught the two teens near Landry’s home just before the shooting, told reporters, “Merritt is a friend. I can’t blame him one bit. He’s got a family. You’ve got to protect your own.”

Landry has an infant daughter and his wife is currently pregnant. Hazouri also admitted that it was an unfortunate situation.

Hazouri turned the video over to police, which clearly shows the teens circling their bikes in front of Landry’s home before Coulter stopped and climbed the fence while the other teen waited across the street.

But not all of the neighbors agree that Landry’s actions were justified. One resident, who wishes to remain anonymous, spoke with NOPD Detective Nicholas Williams and claims that Coulter was not trying to get into the house at all and that he was not an “imminent threat” to Landry.

Coulter’s brother, David said, “He’s still a little boy. Who pulls a trigger on a 14-year-old? What if it was your little brother or your sister? How would you feel?”

Marshall is one of eight children. David admits that he tried to help keep him out of trouble since their father died of stomach cancer three years ago, but that Marshall still found trouble anyway. Marshall was currently awaiting trial for “stealing stuff,” but he wasn’t violent, according to his brother.

“He would steal — he was a professional thief, sure,” David said. “But he would never pick up a gun, not in a million years. He was too scared to aim a gun at the grass, let alone aim it at a person. No way. Before he’ll ever pick up a gun, he’ll be your friend first.”

David said he wants to see Landry put behind bars. “I want to see a prosecution, not somebody who gets out after a couple of years. I want to see the system do its job for once,” he said.

Do you think the shooting was justified? What are your thoughts?