For many shooters, the one shot wonder that is the single-barreled hinge break shotgun is their first experience with any sort of gauge.

This simple design predates almost everything on the market today and is arguably obsolete.  It however is one design that just refuses to go away.

Remember the crazy looking trumpet-barrel guns you have always seen illustrations of the pilgrims strutting around with? Well those were blunderbusses and, while the Mayflower colonists actually didn’t have any, they were one of the first shotguns.

A blunderbuss (often the gun pictured with the Pilgrims) is a very early (and elegant) example of a single shot shotgun.

Large caliber smooth bored muzzleloaders, these guns were great for self-defense at close range or taking deer with large shot.  With smaller shot, they could make a decent fowling piece for birds and varmints. Versatile as they were, these guns required users to load each shot manually, measuring and tamping down charges of blackpowder, wads and projectiles in what amounted to a fairly clumsy and sometimes unsafe procedure. 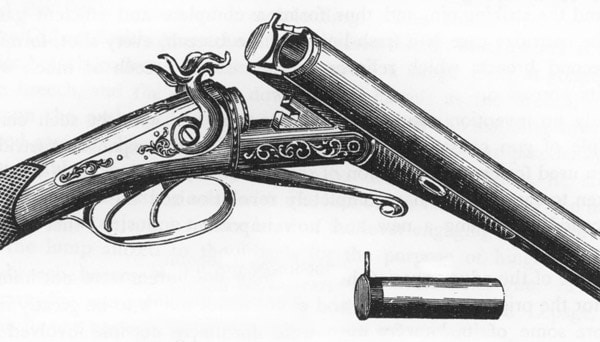 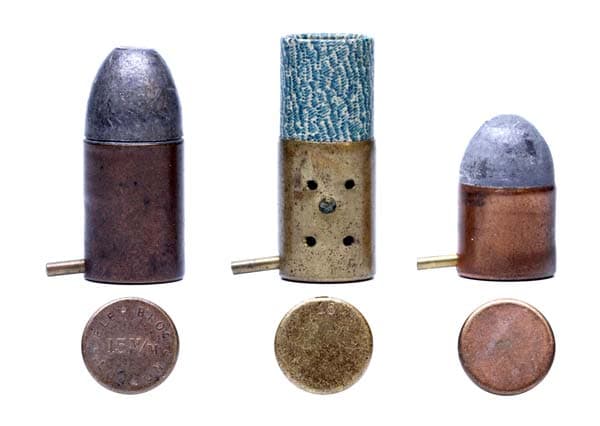 By 1836, a character named Lefaucheux developed a breech-loading shotgun that took a self-contained pinfire cartridge. Lefaucheux’s scattergun used a hinged break-open design to give access to the chamber for loading and unloading and by the 1870s paper-hulled break-action singled-barreled shotguns (with half the firepower of their double-barreled brothers) abounded on the market. A number of companies, including Stevens and H&R built their name on a foundation of these guns way back then and are still around today because of the design.

The thing is, even when passed up by the rapidly appearing technology of the pump action (1882 Spencer) and the semi-auto (1898’s Browning Auto Five); the single shot hinge break has still found a place in shooters’ gun closets. 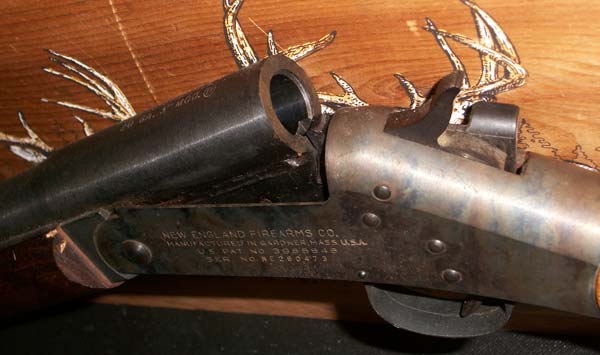 The action of the single shot shotgun is as basic as actions get–making it deadly simple to use and with few to zero malfunctions.

The single barrel shotgun brings a lot to the table.

Having no complex reciprocating action to load and unload shells as with pump and semi-auto guns, it has both fewer parts to break, and offers a shorter receiver. This makes for a more inexpensive gun, that is lighter, has a shorter overall length, and is easier to make, clean, replace the occasional broken part, and maintain. Beyond that, you can teach a new shotgunner how to load, reload, and unload a single shot break action gun in a morning before the dew burns off the grass. Even though it’s a nearly 150-year old basic design, they are safe and easy to carry to and from the field or range, their action broken open to be visibly 100% sure they are unloaded. 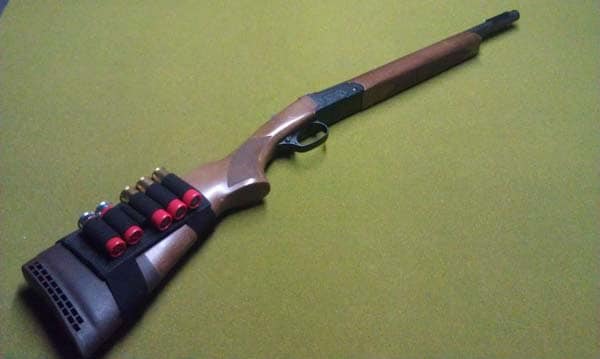 A single shot shotgun can make an honest and inexpensive home defense weapon if it’s intended use is in line with its limitations. 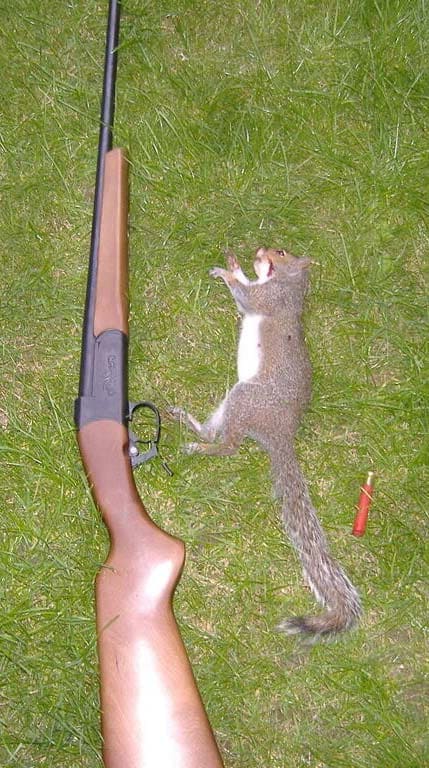 These points kept guns like the Stevens Model 94 (in production from 1937-84), Winchester Model 37 (made 1936-80), Savage 220 (1947-72) and a dozen different models of H&R/NEF single barrels (1908-present) as inexpensive but reliable burners for generations. These guns have always been a safe bet for gun makers both small and large who could turn out thousands of these with a reasonable expectation of durability and reliability onto a ready market.

Since these bad boys are lightweight, and have no action to absorb the force of the recoil and have the potential to pack one heck of a wallop. I mean H&R has long made a NWTF model that is a 12-gauge 3.5-inch magnum that weighs 5-pounds. Go ahead, load that up with high brass, and kick it off! 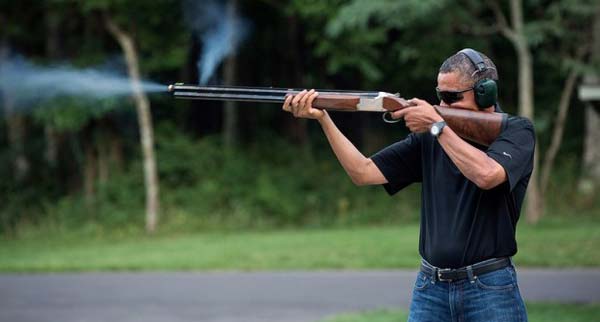 Some in the trap shooting crowd turn their noses up at widely available single shot shotguns. Others know better.

Since they are inexpensive, they are immediately the subject of gun snobbery. Many avid gun aficionados start out with these as ‘first guns’ then rapidly run away from them and turn their noses up whenever they see one in the hands of an adult. Case in point: I shoot clays at a local range often and the crowd is Benelli and Beretta heavy.

A few weeks ago an older gent appeared in line at the clay stand with a Remington Spartan 100, a single shot made by Izhevsk/Baikal that retailed for about a buck twenty. The crowd chuckled, until he broke 18 out of 20. With Winchester black box! 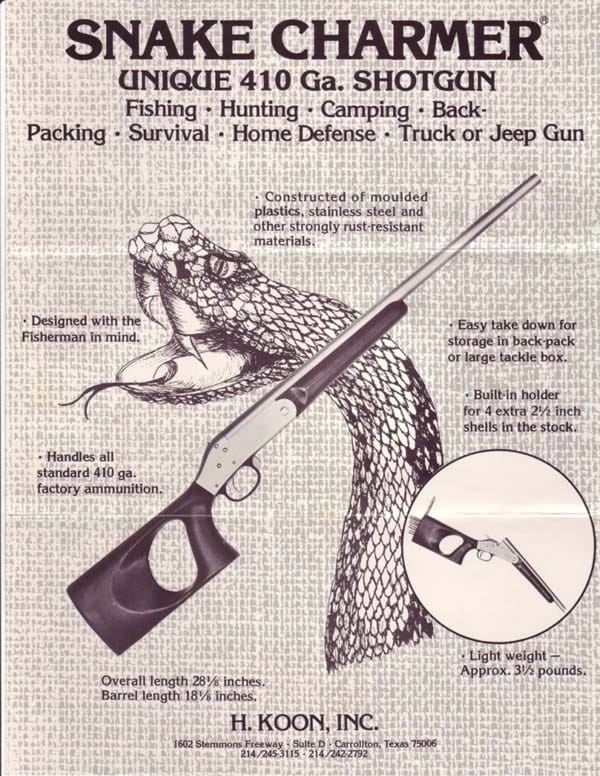 Harrington and Richardson/NEF has long been a hallmark in the break action shotgun race. Today, even though their corporate lineage is confusing, they still offer a huge line of single shot 12s, 20s, 28s, and .410s.

These include the basic Pardner and the slightly more refined Topper models, each of which can be gotten into for about half the price of a new Remington or Mossberg pump.

The Brazilian firm of Rossi is also sowing their oats in the single shot market, with several offerings that incorporate synthetic stocks, adjustable sights, and various finishes. There has also been a surge in popularity for these types of guns as ‘snake charmers’, ‘truck guns’ and additions to survival kits due to their low price, slim profile, and ready storage capability.

For those who want to spend a lot more, there are a good number of competition grade single shots such as the Beretta 682X, Browning BT99, Ithaca, Perazzi, and Ljutic Trap. Nevertheless, these are the exception to the rule.

Beretta makes some of the finest competition shotguns on the planet and if you’re up for that second mortgage, you can have one too!

There are also tons of older guns out there that still lock up nice. Let’s face it; few people shoot these things to the point of being worn out, so a thirty-year-old Winchester 37 or forty-year old Stevens may have a lot of life left in them. The fact that you can often pick up these pre-owned single shots in great shape for $75 or less makes them all the more attractive.

I must confess, I have an old Stevens .410 in the closet and a NEF 12 that I leave locked in the rack at the camp. They have always gone boom when I wanted them to, so don’t judge me.