5 Handguns that are Nice and Cheap

No matter our intentions, all of us at one time or another has fallen into the trap of gun snobbery, and this usually goes hand in hand with a lust for those sleek and beautiful creatures that grace the glossy covers of the gun pubs. But as just as rarely is the prettiest girl in the room worth the all effort involved in taking her home, there is a whole army of nice and cheap handguns out on the market capable of fulfilling any shooter’s wildest desires and more than happy to put out without having to fork over diamonds first.

Guns.com looks at five inexpensive handguns that are never going to be covergirls, but still make our heads turn:

In 1951, the Soviet Army needed a replacement for their 7.62x25mm TT33 Tokarev pistol. They chose a redesign of the German Walther PP. The Walther, known today as James Bond’s signature hogleg, was usually chambered in relatively puny .32ACP.  Later Walthers came upgraded in 9x17mm (.380ACP) which the Soviets liked better, but still wasn’t enough. The next logical step was to make their own 9x18mm round, midway between a .380 and a 9mm Luger. 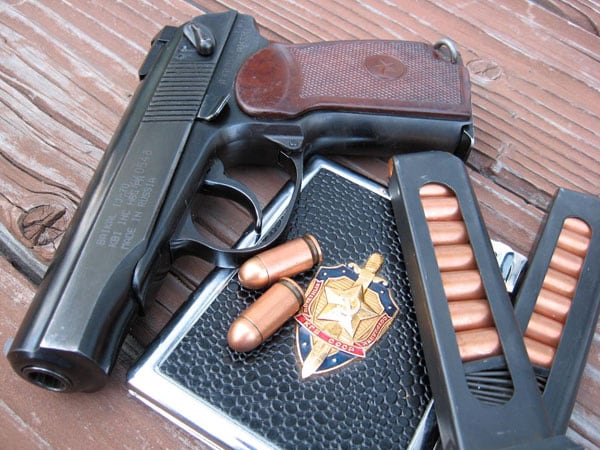 Adopted in this pistol, the round is now commonly known by the name of the pistol designed to fire it—Nikolay Makarov’s blowback action PM pistol. The standard handgun of the Soviet Army and many of its allies for more than 40-years, the Makarov has been imported into the US for generations. Today they can commonly be found for under $300. Many like its small size (6.36-inches overall, 26-ounces weight) and use it as a budget concealed carry piece.  If someone ever comes up with a semi-pointed JHP round for this gun that feeds accurately, you can bet it will see even more CCW use.

This revolver is definitely old school. Its break-action cylinder design looks as if it belongs to someone chasing the Red Baron. Styled after the WWI-era .455 Webley, this underpowered re-creation in 38S&W was the arm of choice for the British and Commonwealth militaries from 1936-57. Its clunky, has a horrible trigger pull, and an awkward grip if you are used to the guns of today, but its accurate and super fun to shoot. 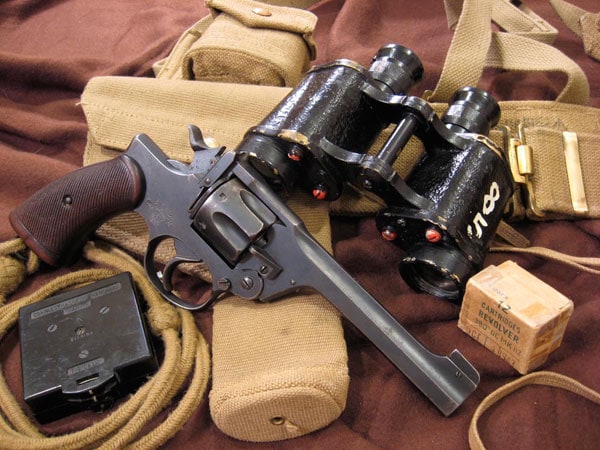 While you don’t have to have a mustache and a monocle to fire it, nothing says you can’t easily snag one of these for the collection. With lots of these pistols out there for $250-$300, its hard to find a gun that screams affordable Curio and Relic more than this one. Its 38S&W isn’t as powerful or as cheap as the more commonly known .38 Special, but it’s mild recoiling and can be found in a number of loadings. The Argentine firm of Bersa cut their teeth making parts for the Ballester Molina pistol and by the 1950s was cranking out their own designs. In the 1980s they introduced a Walther PP-equese (hey the Russian did it first!) pistol they called the Thunder.

This handy little .380 is simple blowback with a fixed barrel, and is accurate and reliable. They found fast favor with American crowds and the appeal of these guns, imported by Eagle Arms of New Jersey, is fast growing. The fact that you can get a new one for less than $300 and a used one for $200ish, these all-metal guns are popular as car-guns, CCW pieces, and for home defense, especially when used with low-recoil ammunition.

Get the Bersa Thunder, here.

Czechoslovakia has long had a rich and proud firearms history. While Uncle Joe in the Soviet Union adopted the Makarov and strongly advised his Warsaw Pact buddies to do so as well, the Czechs said thanks but no thanks and rolled their own way. First they had the CZ52, then the famous CZ75 for export, and finally in the 1980s, the CZ82. 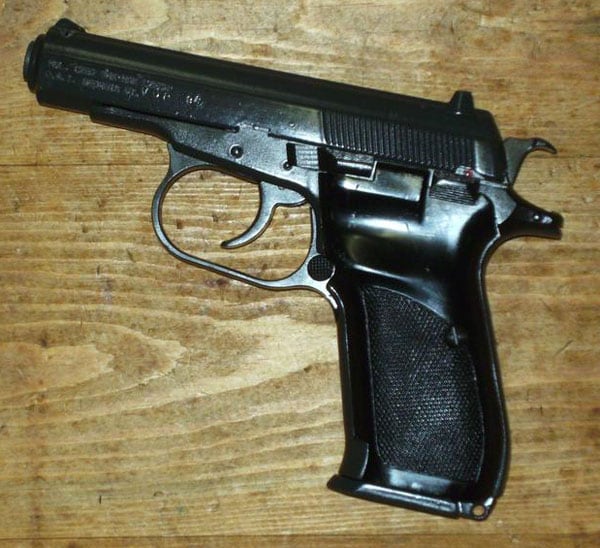 Gently used CZ82s can be had for cheap.

This subcompact (6.8-inch) double action blowback pistol was designed and produced 100% in Czechoslovakia for their military and police. It was a dream gun: polygonal rifling, low-bore axis, accurate, small profile, reliable. The only bad thing was that it was chambered in Warsaw Pact standard 9mm Makarov. This led to the gun’s replacement in 1993 by the more traditional CZ75 in full sized 9mm Luger after the Soviets went bye-bye. As such, gently used CZ82s have been imported on our shores as C&R eligible bargains for under $250.

Ever seen a classic war movie and noticed that the 1911 looked a little odd? Well that’s because it was a Star 9mm firing blanks rather than the real deal. The Spanish gunmaker of Bonifacio Echeverria, SA in Eibar, better known as Star, carved a niche out of the European firearms market by selling a redesign of Browning’s 1911 chambered in 9mm. 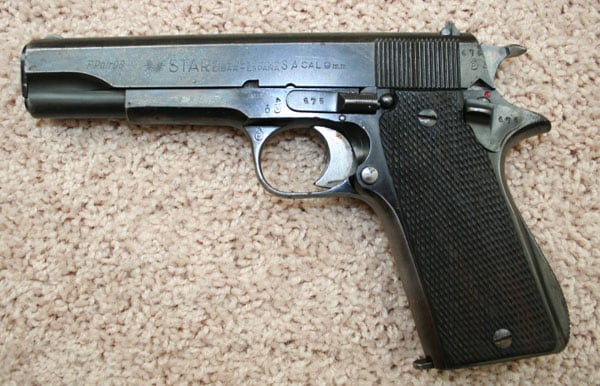 Star Model B in 9mm. 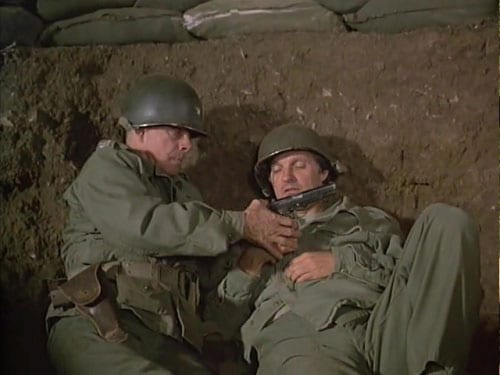 Col. Potter and Hawkeye debate on whether it’s a Star Model B or a 1911. Guess who was right.

These ‘Star 9mm’s’ have been around since the 1920s in several different models and even saw military service in World War 2 with the Germans (long story). They are heavy all-steel guns designed for an era when men were men and plastic was still called Bakelite. This made them durable and soft-recoiling.

Stay away from Model A’s which are typically 9x23mm Largo but the more modern (made 1924-83) Model Bs and BMs shoot common 9mm Luger. Star B/BMs are seen on online sites in good condition for all over the $200 range.

So if you have a few hundred dollars to spare, why not look one of these up. Appreciation is relative and gun-snobbery is the new bullying.