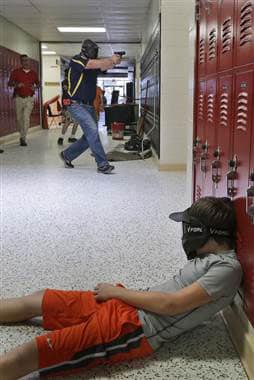 One rural Arkansas school will resume classes in the fall with some administrators and other staff packing pistols. It’s a groundbreaking move, even in the primarily pro-gun and conservative state, but it’s also stirred a bit of controversy over what is considered safe for school kids.

Over 20 teachers, administrators and other staff will be armed next month when students return to school, including the school’s assistant principal, Cheyne Dougan. Despite the federal law designating school campuses “gun-free zones,” Arkansas law allows for armed security guards on school grounds. After completing a course consisting of 53 hours of intense training, the 20 plus volunteers will become certified security guards, thus allowing them to legally carry weapons to school.

“The set of circumstances here are to focus on really the worse possible situation you could have in the school,” Jon Hodoway of Nighthawk explained.

“This program exceeded all of the state requirements including what would be required for a new police officer who graduated from the Arkansas Law Enforcement Academy,” Hodoway added.

And opinions are split over the school’s decision to arm teachers.

One student, Sydney Whitkanack, who will enter the seventh grade this year said, “If they’re concealed, then it’s no big deal. It’s not like someone’s going to know ‘Oh, they have a firearm.’”

The district’s superintendent, David Hopkins, said that he received a flood of phone calls from concerned parents following the shooting at Sandy Hook Elementary in Newtown, Connecticut in December. The majority of those phone calls supporting the decision to train and arm teachers and other staff. 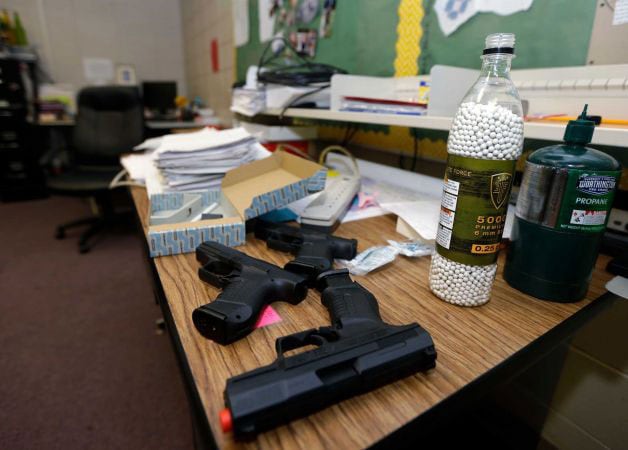 But at least one parent is taking her child out of the school over the controversial decision. Sherry Wommack, whose eighth-grade son will not be returning to the school this year, thinks that life and death decision should not be made by teachers.

“I think police officers are trained to make those decisions, not teachers,” she said.

Colleen Daley with the Illinois Council Against Handgun Violence fears what arming teachers might do.

“If the best cops in the world are inadvertently hitting innocent pedestrians, what’s going to happen in a school if a gunman comes in and teachers pull out of their guns. Scared to think more kids will lose their lives,” she said.

“The plan we’ve been given in the past is ‘Well, lock your doors, turn off your lights and hope for the best,’” Hopkins explained. “That’s not a plan.”