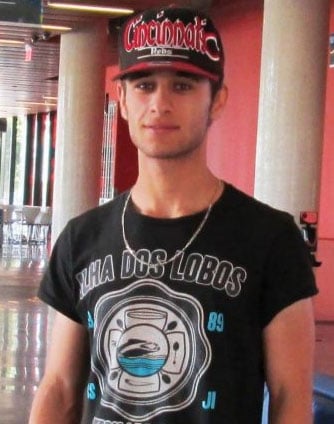 As a family mourns the loss of an 18-year-old boy, a Canadian city is angered, protesting and demanding answers as to why police felt the need to use deadly force on a teen armed with a knife in an empty streetcar.

The incident, which was captured on amateur video, unfolded early Saturday morning just after midnight in Toronto. Witnesses said that the teen, Sammy Yatim seemed “quite normal” until he pulled out a knife and exposed himself to passengers on the streetcar. As the passengers began to run, Yatim ordered everyone out of the car.

Within minutes a total of 23 officers arrived and surrounded the streetcar. They continually told Yatim to “Drop your weapon!” “Don’t move!” and “Drop the knife!” But Yatim failed to heed their warnings and according to witnesses – and the video – the situation escalated very quickly before one officer opened fire on the teen.

Martin Baron, who witnessed the incident as he was walking home with his wife and teenage son, first noticed something was askew when he saw people running off of the streetcar. He recalls seeing Yatim “frozen … like he was shocked or something,” then the events that led to the fatal shooting. “Panic essentially sets in when you see cops with guns right in front of you. You could hear them yelling, really, really loudly, ‘Drop the knife, drop the knife!’” he said. “It escalated very, very quickly, and then shots were fired. About 30 seconds after they stopped shooting they actually tasered him – you could hear the taser – and then an officer went in the back door of the streetcar and you could see them performing CPR on him,” Baron recalled.

A total of nine shots were fired in less than 15 seconds. Yatim was struck, although reports vary on whether it was single or multiple times, and then transported to a nearby hospital where he was pronounced dead.

The officer who fired the shots is on leave with pay, as is standard protocol with any officer-involved shooting. The incident continues to remain under investigation by the Special Investigations Unit.

Toronto police Chief Bill Blair said in a statement, “I am very aware that the public is very concerned about this tragic event. They have every right to be concerned.”

Blair refused to take questions during the press conference, but said, “I am also seeking answers to those important questions,” and promised “unwavering commitment” to the investigation.

“As a father, I can only imagine their terrible grief and their need for answers,” he said.

Toronto Police Association President Mike McCormack told the media that the officer is “devastated.” He also asks that the public not make hasty assumptions about the incident before all of the facts are brought to light.

Security expert and former Toronto police officer, Ross McLean studied the video and deplores the officer’s actions. “This officer’s going to have to explain why he used the level of force he did,” McLean said. “He was fairly contained. He was in the streetcar. He could have let that guy sit there all night.”

Matthew Light, an associate professor of criminology at the University of Toronto, agrees. “One thing that’s universal to all [police] departments across Canada is you can only shoot to kill to protect life, not to prevent damage to property or prevent someone from fleeing,” he said.

Toronto Councillor Janet Davis believes the police need to be better trained on how to deal with those suffering with mental issues. “Police need better training and support – and direction. This kind of thing should never happen,” she tweeted.

This is one of several cases in the last few years in which Canadian officers have used questionable force with the mentally ill. 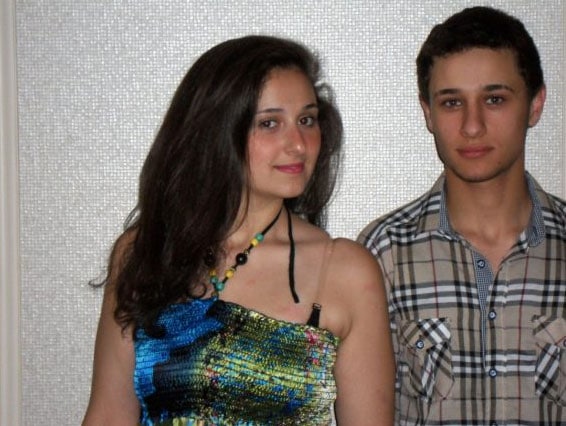 Sammy and his sister moved to Canada from Syria five years ago. (Photo credit: Facebook)

Yatim’s father had lived in Canada since 1968. Five years ago the boy and his sister moved to Canada from Syria to live with his father after their parents divorced. He had no history of mental illness or violent behavior; although a bus driver once complained that he had an “attitude.”

The teen’s uncle, Mejad “Jim” Yatim, wrote in an email to The Star, “Sammy seemed to be flourishing in Canada. I have to admit, he tried to fit in with his friends. He wore hoodies and wore his pants lower than his father would stomach.” He also explained that after coming to Canada, young Sammy would still go back and spend the summers with his mother in Syria, up until it recently when it became too dangerous to visit.

Yatim’s father, who was working out of the country when the incident occurred, said, “We are in very, very difficult times. He was an average kid, loved by his friends. Now, you have totally different versions coming out.”

“Since when does a scrawny 110-pound-something teenager become a threat to a dozen or so brawny policemen, when he is isolated in an empty streetcar that they felt that they had no other choice but to use lethal force?” the teen’s uncle also asked.

A vigil was held yesterday for Yatim and a makeshift memorial has been erected at the site of the shooting.

Yatim’s 16-year-old sister has also started a Facebook group to stand up against what she considers police injustice.

The following video is unedited and uncensored amateur video. Some may find the content graphic.