Blackhawk’s entry into the skateboarding scene went almost unnoticed — but I think that was intentional.  They’re borrowing some of the form and function of the sporting set to create their Diversion Carry Board Pack.  The title says it all.  The pack is meant to carry rifles and shotguns.  It is also designed to carry a skateboard or snowboard.  The result is an inconspicuous way to transport guns.  Incommunicado.

I was a skater when I was a kid.  I had the obnoxious bangs and the go-to-hell attitude common to skaters in the early Powell Peralta era.  But it has been 20 years since I was on a board, so I kept that part of this review pretty tame.  Still, the bag has more to do with carrying a skateboard.  Not riding one. 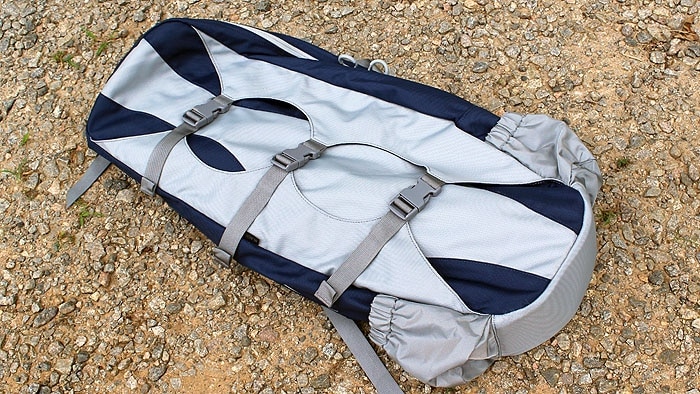 The Diversion Carry Board Pack has everything you need to transport guns and boards.  It is overly long for a backpack, but not as long as a rifle case, and it doesn’t look tactical at all.

The straps are meant more for convenience than long term comfort.  They area adjustable, and the back of the bag is sufficiently padded, so they aren’t uncomfortable.  The carry handle on the top is overbuilt and meant to handle the rough treatment the bag might receive when a rifle is needed quickly. 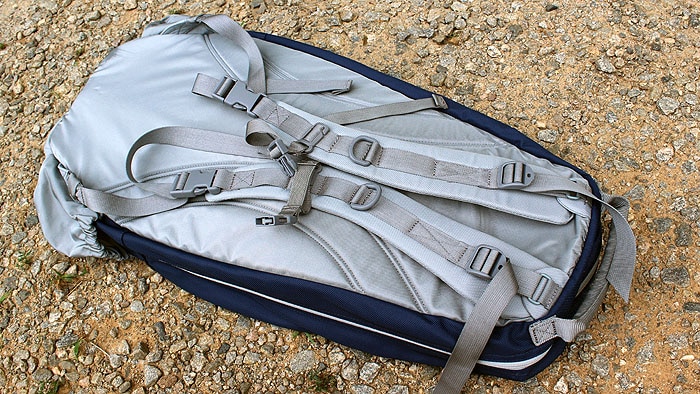 Folding stock rifles fit into the Blackhawk easily.  Bullpups like the IWI Tavor in the video, or the Kel-Tec RFB pictured below fit.  ARs fit, though most will need to be split into their respective halves.  The has 29 inches of clearance inside to work with. 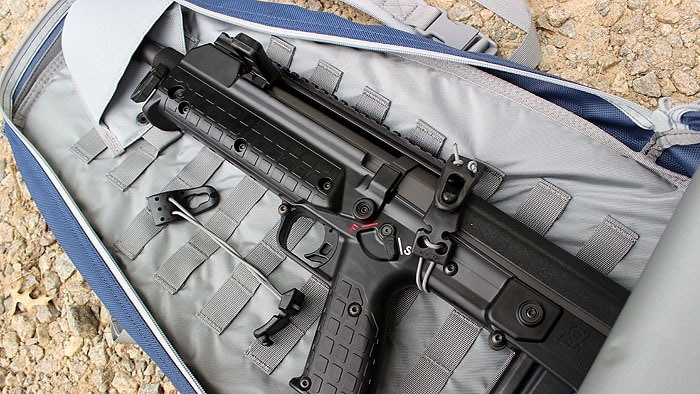 Inside the bag, there’s a muzzle-cup to pad and protect the muzzle.  The pack also comes with two restraining bungees that thread through the webbing.  The result is a very secure way to carry.  Not fast, exactly, but rock solid.  This is nice enough on its own, but essential if you might actually be riding a skateboard.  No shifting loads. 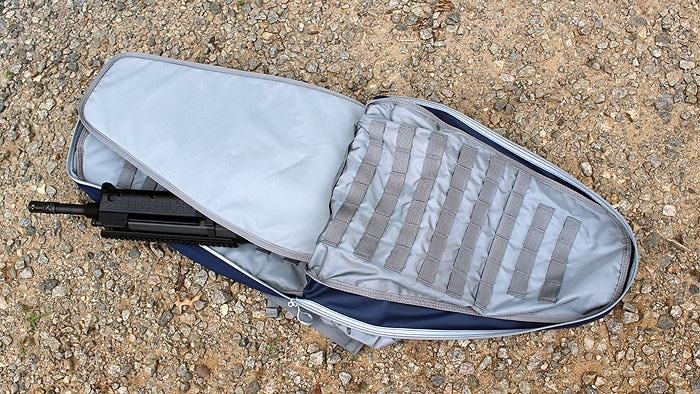 And the Blackhawk pack has even more webbing in the front.  What all would you want to add?  Admin organizers.  Mag pouches.  A first aid kit.  A radio, maybe?  There’s more webbing here than I’ve ever seen in any pack, so sky’s the limit.

The pack is divided by a padded panel that would allow two guns in the pack, theoretically.  But it also cuts out any chance that a rifle will print and show through the outside of the bag. 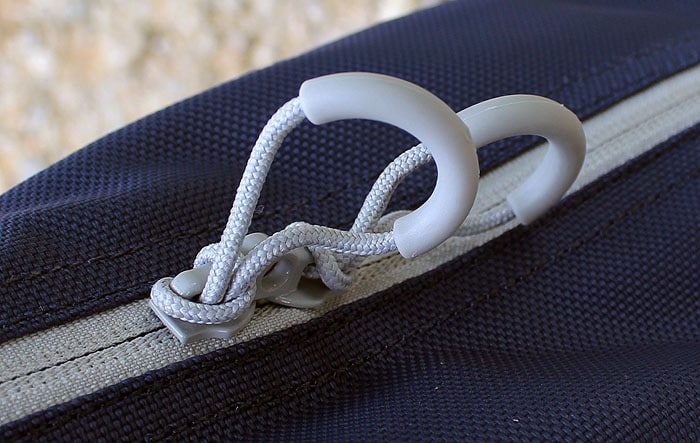 Blackhawk has built the bag exceptionally well.  The zippers are sturdy.  They have to be to hold the weight of a rifle and gear.  The stitching is nice.  And the color choices are logical.  While there’s no faddish tactical color options, there are no garish combinations either.  The point isn’t fashion, but fashion camouflage.  Not hiding, exactly, but definitely not attracting attention. 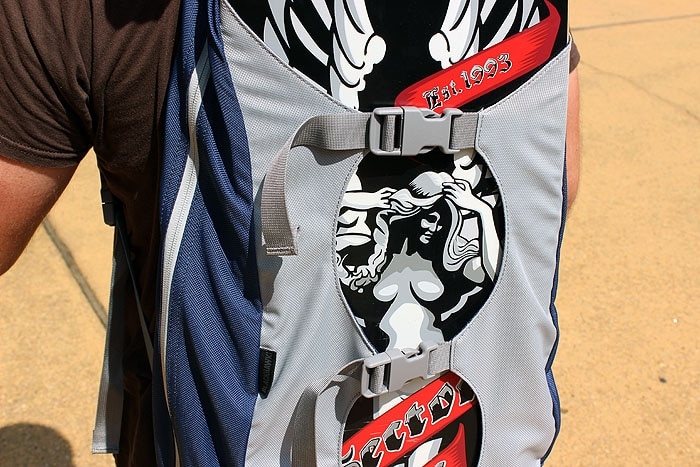 I think there’s something else to consider with the Blackhawk.  The bag won’t attract attention on some shooters.  It will draw much more attention to others.  You have to be able to pull it off.  Or throw on a tennis racquet, maybe.  But the last thing you’d want is someone thinking, “Well that’s odd.  When did Bill start riding a long board?”

But if you can pull it off, no one will ever notice.  The bag will disappear in plain sight.  The going price somewhere around $110.  That’s not bad for a pack like this, and great for a bag with so much potential.