DIY Steel Targets: Get more bang for your buck (VIDEO)

Back in the dark ages, before I began reviewing guns for Guns.com, I was pretty lax about target selection.  I blew through more than my fair share of Birchwood Casey Shoot’n See targets. 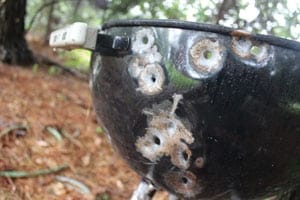 Not a good idea.

But I preferred more reactionary things like tin cans, or bottles, or clays — anything that would confirm an actual hit (especially from a long way out).  My favorite homemade target was an Oldsmobile hubcap that I’d pepper with .22 LR.

But that isn’t always the best plan.  The odd angles on improvised plinking targets often send lead back in your direction.

While that’s not a problem if you’re popping a hubcap with a .22 at 200 yards, it can get a bit ugly if you get excited about the arrival of your new silencer and decide to test it out on the old Weber you have not yet taken to the dump.  But I wouldn’t know anything about that.

There are two basic guidelines you should follow.  The first has to do with safety.  Steel is much more unpredictable than paper and it tends to throw lead off strange ways.  A good shot, perpendicular to the target, will tend to shatter most handgun rounds into small bits that don’t travel far.  But at any sort of angle, the round will flatten and ricochet.

I’ve seen 230 grain .45 ACP fly out as far as 75 feet from the plate.  While that lead isn’t too hot, or traveling very fast, it can do damage to eyes.  And either way, it hurts when it hits you.  In the video above, I was walking through a shotgun shoot (and not wearing my glasses) when I got plunked by a .38 on my hip.  The round was not supposed to go in that direction.  But it did. 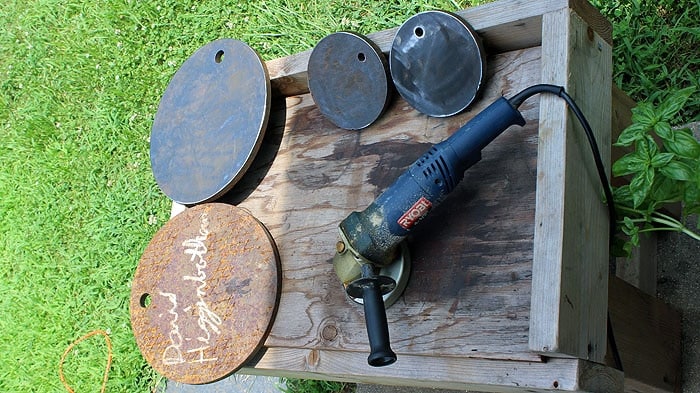 So be aware of your surroundings.  While it is unlikely that the lead will hit the shooter, onlookers are more of a concern.

The second concern has more to do with shotguns.  Shooting steel with lead shot is very rewarding, but it puffs up clouds of lead dust.  Watch which way the wind is blowing, and handle the dusty plates carefully after shooting.  And avoid shooting steel shot, as it rains down everywhere.

AR (Abrasion Resistance) is a key factor in selecting steel for targets.  The Brinell Scale measures hardness.  AR 500 will work for all handgun rounds (and some slow fat rifle rounds).  AR 550 is much harder and will withstand standard rifle rounds.

Thickness matters.  Thicker is better.  But the mass of a plate is the biggest factor in determining deflection.  Ideally, you want a plate that can absorb some of the force and one that will move with the bullet, so lead doesn’t fly straight back.  I like half inch or thicker, though some will think that’s overkill.

The minimum recommended distance for handguns is 10 yards.  For rifle rounds, 100 yards.  I’ve shot steel at these distances, but you do so at greater risk.  Shooting one round on one plate, then moving to the next, is safer than shooting multiple rounds on one plate.  The first shot will change the angle of the plate for the subsequent shots, making ricochets less predictable.

Finished plates are available from a multitude of dealers.  There prices vary, and shipping can get expensive quick. 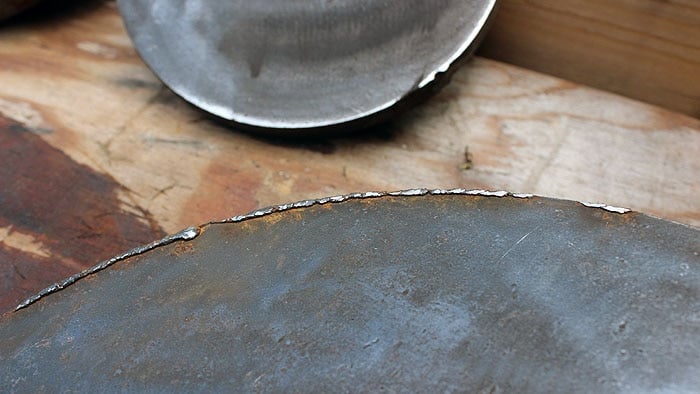 The steel had some rough edges that needed to be ground off, if so I wouldn’t slice up my fingers hanging the heavy plates.  After I knocked off the rust, I painted them.  That helps stop corrosion, and will need to be done after each shooting session.

The benefits of steel

You won’t pay as much for targets anymore.  The initial expense can last for years.

But the real benefit come from practice.  Even at super long rang, the steel rings like a bell.  At close range, especially when practicing point shooting (like in this video from Funker Tactical), the clang of the steel is an immediate acknowledgement of a good hit.

And that’s why I suggest several sizes.  A torso sized plate will be best for point shooting at close range.  A 12-inch circle is a good measure for defensive accuracy.  A 6-inch disk will really challenge your skills.  With five set up at once, at varied distances, you can stage more intricate practice drills. 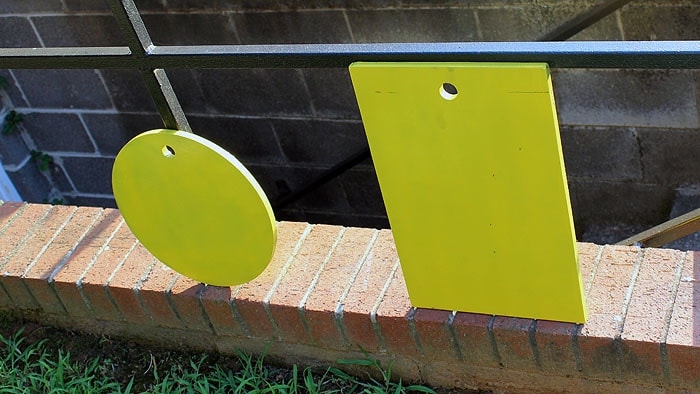 And that’s what this is all about.  With a good mobile stand, a steel target is a real teaching tool for outdoor shooting.  And the noise they make is addictive.  Once you start, paper just won’t cut it anymore.