Man shot, killed after showing up with a rifle at an off-duty cop’s house (VIDEO) 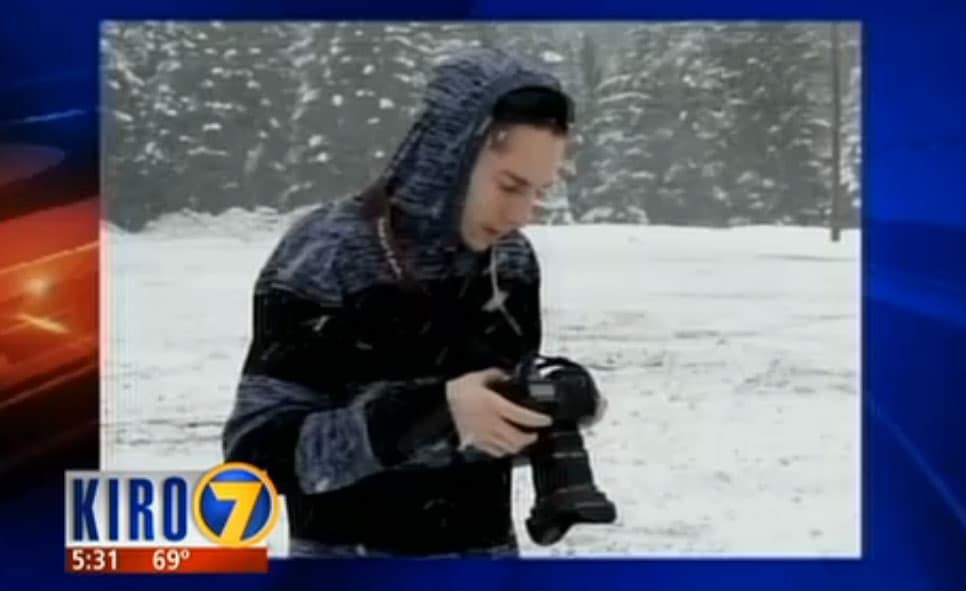 A bizarre series of events led to the shooting death of a 21-year-old man in Orting, Washington.

Ben Ellett showed up late Tuesday night at the house of a nearby neighbor, off-duty Fife police officer Jake Stringfellow, after ranting to other neighbors about recent shootings and acting very strangely.

According to one neighbor, Jason Davis, who witnessed the incident, Ellett pulled up to Stringfellow’s house, left his car running and knocked on the door, but then went back to his car and backed it up. Apparently there was a brief conversation between the two men once Stringfellow came to the door. But that wasn’t the first time the two were involved in an confrontation that day either.

According to the Fife Police Department, after Ellett fired at Stringfellow’s house, the officer returned fire, striking Ellett, who was later pronounced dead at the scene.

“The number one priority is the well-being and safety of my officers and their families. While I do not have all the information at this time, this preliminarily appears to be an unfortunate situation where this subject chose to confront the officer at his home resulting in his death,” said Fife Police Chief Brad Blackburn.

Details of the incident that have been made public are still a bit sketchy.

According to one source, Stringfellow fired two shots after Ellett fired several shots from his rifle. However, according to Davis, who witnessed the entire event unfold, as soon as Ellett backed up his car, “That’s when I heard the four to six shots.” And he claims that all of the shots came from the same gun, which he says was a handgun, not a rifle. “I’m a hunter and I know the difference,” he said.

Shell casings were found in the driveway and collected for evidence. Police also found a rifle and a handgun holster in Ellett’s car.

Apparently, in the days and weeks leading up to the incident, Ellett had continued to act in a progressively strange manner. Troyer stated that Ellett had made several calls to the police department earlier in the day talking about either a shooting that did happen or was going to occur.

Davis said that Ellett also approached him about the same subject. “He was on something,” Davis said. “And then he asked if I’d heard about the shooting in Puyallup. I was like, ‘No.’ Then he said, ‘Do you want to help me?’ I was like, ‘No.’” And that’s when Ellett drove to Stringfellow’s house.

Ellett had apparently also been telling neighbors that he was an undercover cop and that he had or was going to kill his girlfriend. Both claims were false and the girlfriend was found to be unharmed, although she had recently filed a report with the police as she was becoming increasingly concerned over his behavior.

Ellett, who had no prior history of violence or mental health issues, had also recently destroyed his own computer and discarded his credit cards, citing that he was being watched by the government.

No others were injured during the shooting incident, which continues to remain under investigation. Stringfellow has been placed on leave, as is standard procedure.