Ask Guns.com: Do you carry at church?

A reader recently posed this head-scratcher:

I was in Walmart recently when I ran into  a friend from church.  We were in the sporting goods aisle, bemoaning the lack of ammo, and we got to talking about guns.  The next Sunday, when I saw him at church, I could tell he was carrying.  I’m not sure why, but it surprised me.

I’ve recently started carrying a gun, but I hadn’t even thought of carrying at church.  Is that typical?

What Would Jesus Carry? 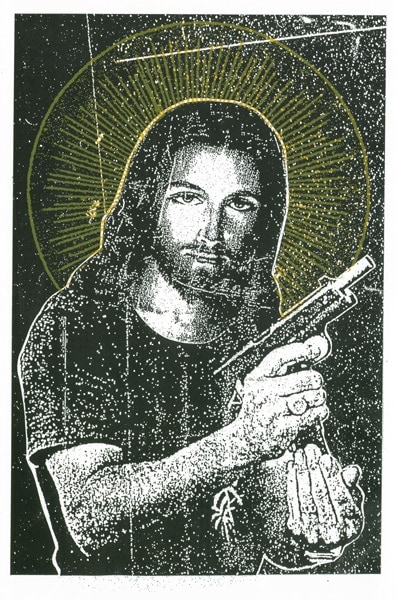 This is a bit of a sticky wicket.  And it is a hot topic this week, as North Dakota has just enacted a law that makes it legal to carry in churches all over the Peace Garden State.

The basic tenants of the New Testament seem to point toward a philosophy of pacifism.  As John Prine whines in his old Vietnam era protest song, “Jesus don’t like killin’, no matter what the reason for.”

Mathew 26: 47-56 may afford a more authoritative example.  To summarize: Judas and some Roman soldiers have come to arrest Jesus in the garden of Gethsemane.   One of the disciples, in an attempt to prevent the arrest, draws his sword and cuts an ear off of one of the Romans.

Jesus, rather than jumping into the fray, admonishes the disciple and says something like “those who live by the sword will die by the sword.”

It is a powerful moment.  Jesus knows he’s about to be crucified.  He tells his pugilistic disciple that if he needed someone to defend him, God would send down legions of avenging angels. 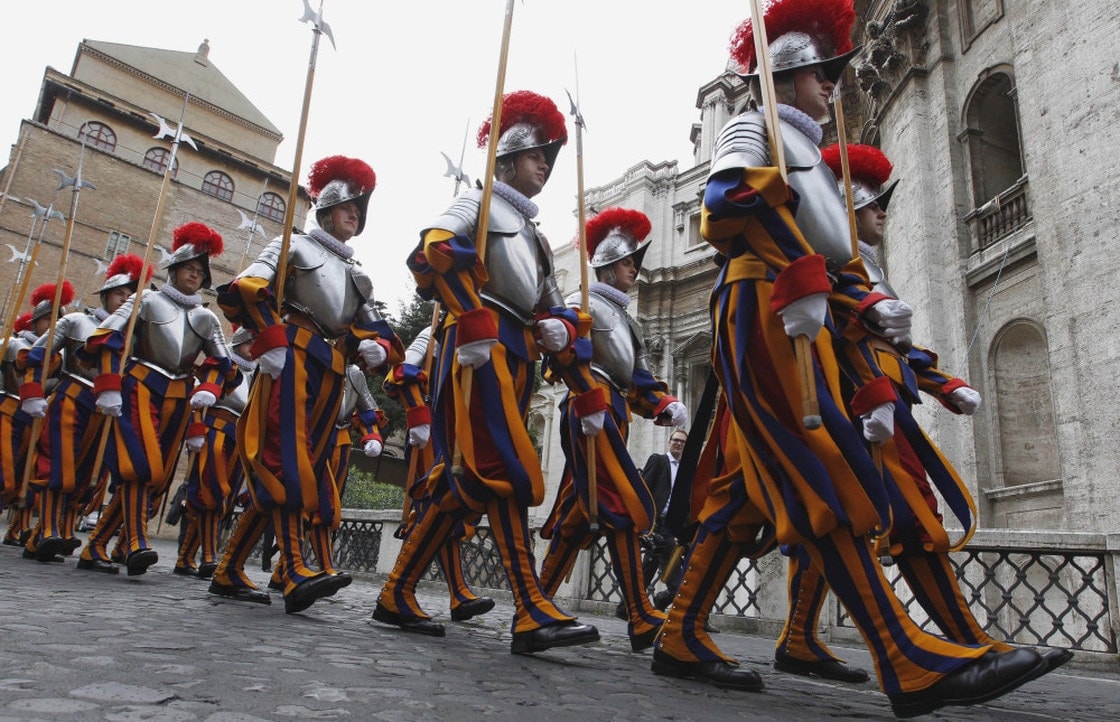 But that isn’t the way it shakes out in practice.  The Swiss Guard is the oldest standing army in existence.  Though the Pope’s soldiers are typically clad in anachronistic tactical gear, they’re heavily armed and well trained.  And they’re not trained in pacifism.

I’m not a theologian, so I’m not going to try to attempt to answer the theological element of this question.  People have fought (and continue to fight) wars because of divergent religious philosophies.  I’d rather confine the conversation to basic self defense.

Is church a dangerous place?

It can be.  Just last week a priest was accosted outside of a church in Delaware.  In 2012, a Pennsylvania woman was shot while decorating for a children’s Christmas party at a church.  Two unarmed parishioners took down a gunman in a Missouri church before he could kill anyone, thankfully.

The links could roll on forever.  Churches and sacred spaces aren’t immune to violence.  To sociopaths, a church may look like a random soft target.  Like schools, movie theaters, malls and Norwegian youth camps.

The crux of the biscuit is this: if you believe in your right to defend yourself and your loved ones outside of church, what makes the inside of a place of worship any different? 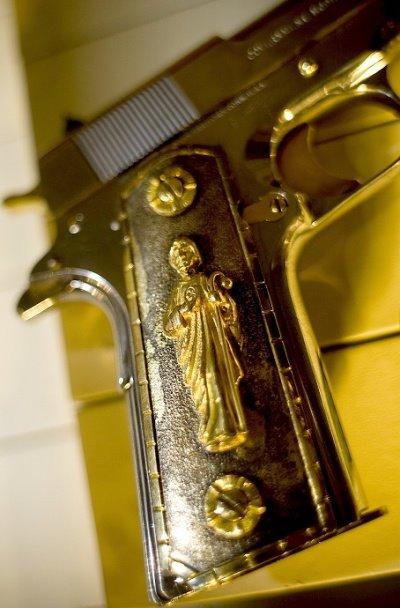 Jesus, or Solo frozen in Carbonite?

Carry.  As long as it is legal, of course.

If you don’t believe killing someone is ever justified, under any circumstances, than that belief shouldn’t be confined to the physical building in which you worship.  And I’d say you may want to consider your motivation for carrying a concealed handgun in the first place.

But I have my own perspective, of course. I carry.  And I’ve worked that out with my conscience.  I sometimes carry at church and at church events.  And I know others who do, too.  We haven’t ever discussed it, and don’t need to.

I used to try to assess the basic threat level of any given situation ahead of time, and make my decision about carrying based on my ability to see into the future.  But that’s ridiculous.  No one knows what will happen when, or where.

But the question has me thinking.  And I’m curious where you stand.  Do you carry at church?