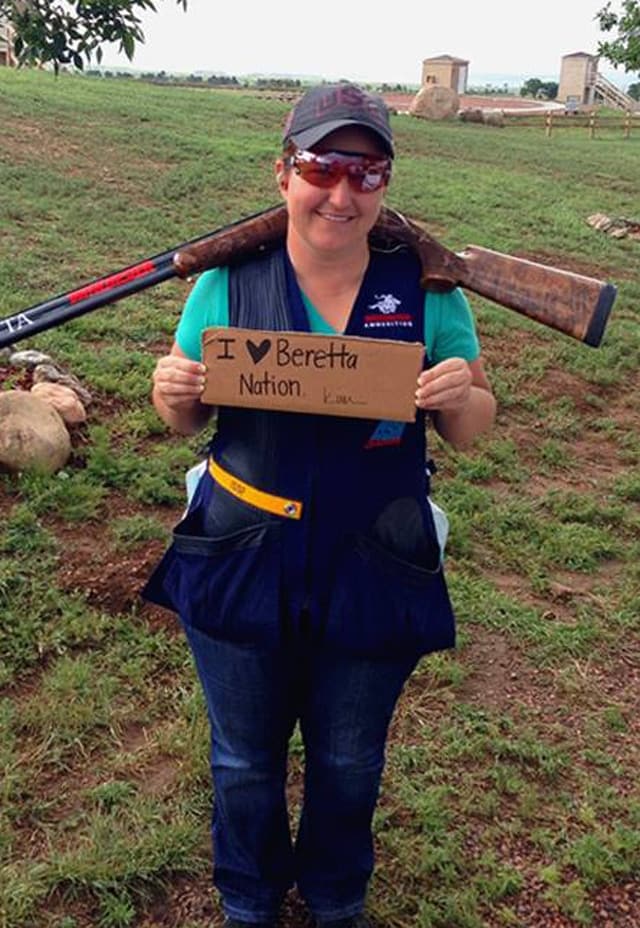 “We are extremely honored and excited to welcome Kim Rhode to Team Beretta! Kim has established herself as the world’s best female shooter as evident by her five Olympic medals,” said Ryan Muety, Vice President of Brand and Channel Marketing. “But equally important she is a great ambassador to the shooting sports. Her involvement with youth shooting initiatives and giving back to the industry sets a great example for all of us.”

Rhode made her Olympic debut in 1996 at the Atlanta games and, at 17 years old, she won her first gold. Since then she’s racked up a silver, bronze and two more gold medals, including one in 2012 after a damn near perfect performance hitting 99 out of 100 shots (watch the video here).

Rhode started shooting at age seven when she went dove hunting with her family in Yuma, Arizona, and rumor is she shot her first limit of doves by herself.

At age 10, Rhode began shooting competitively and by 13 she had become the youngest ever Ladies World Champion in American Skeet.

“I’m thrilled to become part of the Beretta family,” Rhode, who recently had a son, said. “A love of shooting and the outdoors has been passed down for generations in my own family just like it has at Beretta for 500 years.”

From here on out, Rhode will be using a Beretta DT11 for competition instead of her cherished Perazzi.

Kim’s debut as a member of Team Beretta happens this weekend as she competes in the 2013 USAShooting Shotgun National Championships in Colorado Springs, Colorado.