O'Reilly grills IL state rep. who denies saying police are gunning down black children, "I was just repeating it." (VIDEO)

O’Reilly opened the interview by asking Davis if she regretted what she said.

Davis assured O’Reilly she really wasn’t the one who said it, she was just repeating “what members of her community had said to her.” Davis further defended her position by laying down the law, saying, “I have a right as a legislator to repeat what my community says to me.” 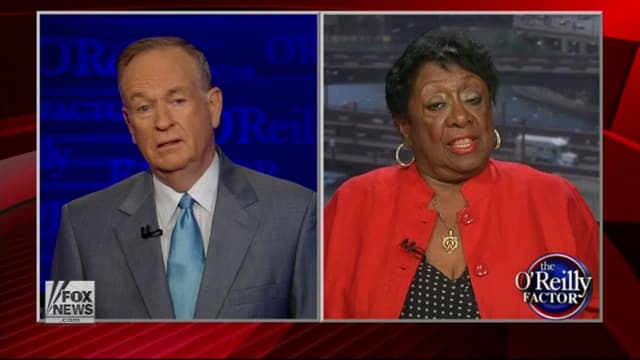 O’Reilly, however, firmly disagreed, telling Davis it was irresponsible of her as an elected official to repeat something she blatantly knew to be untrue.

While Davis agreed the allegation was unfounded and obviously false, she still denied any irresponsibility on her part, commenting with a slight chuckle that she “never knew what she said on a radio show in Detroit would get national attention.”

Switching gears, O’Reilly advanced the interview, telling Davis he believed the violence was driven by “chaos within the communities, broken families, unsupervised youth and a coarsening of the whole situation.”

“I think you’re terribly wrong,” Davis said, pinning the escalation of black on black violence instead on a poor education system, lack of employment and the inability for children to have free access to parks.  Davis said she does encourage a stable family, “but when so many men are incarcerated – some justly, some unjustly – you’re going to be without fathers in the home.”