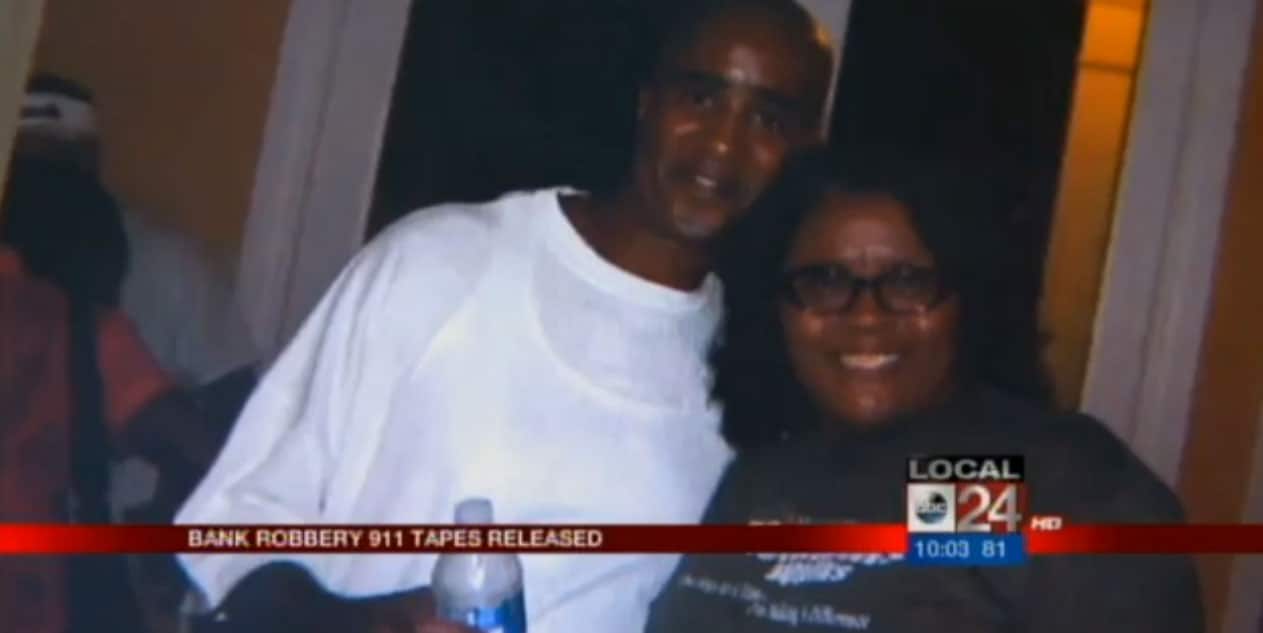 Amerson’s son, Marvin said, “He just wanted the best for us all, but just went the wrong way.” (Photo credit: WMCTV)

A bank robbery in East Memphis last week ended in the suspect killing himself, but not before taking off with a bag of money and terrorizing employees and customers in the bank.

On July 23, just before 10:00 a.m. the suspect walked into the Wells Fargo armed with a gun. “He just forced me to the ground and he said, ‘Blame this on George Zimmerman,’” one of the victims told the 911 dispatcher. “I thought he was going to shoot all of us,” he said.

The suspect, later identified as 51-year-old Marvin Amerson, had 10 people face down on the floor as he collected cash from the bank. Terrified victims frantically – and quietly – made calls to 911, speaking in desperate muffled whispers out of fear that Amerson would catch them making the calls.

Police arrived within minutes, but Amerson had already left the bank with a bag of money and walked several blocks to where he had a white minivan waiting. However, one of the victims followed Amerson and stayed on the phone with the 911 operator, alerting her to Amerson’s whereabouts until officers were able to catch up with him.

Amerson crashed into two SUVs while leading police on a chase. Officers could see him clutching the gun in his right hand, but as they got a clear shot through the passenger side window, Amerson crashed the minivan. A single shot was then fired from inside the van.

“Suspect fired a shot, it went through the roof of his car, he may have killed himself,” an unidentified officer could be heard saying on the 911 recording.

Amerson, who had recently been released from a federal prison after serving nearly 25 years for armed robbery, had shot himself and was pronounced dead at the scene.

Amerson’s family, who had seen him just hours prior to the robbery, was shocked to discover what had occurred, as he showed no indication of the events that were to follow.

“What happened, what started all this chaos, what brought on this confusion, only God knows,” Amerson’s fiancée, Carolyn said. “I am just dumbfounded, I’m just floored. Words cannot explain or express how I feel right now.”

Amerson’s family did not indicate what may have prompted him to rob the bank then take his own life, nor what he may have meant by his “blame this on George Zimmerman” remark.

However, the fact that Amerson spent over two decades in a federal prison only to emerge with the same criminal behavior that he was originally being punished for in the first place raises questions as to the effectiveness of our penal system. Is it an indication that either the system is broke, that some people just can’t be helped, or perhaps a bit of both?