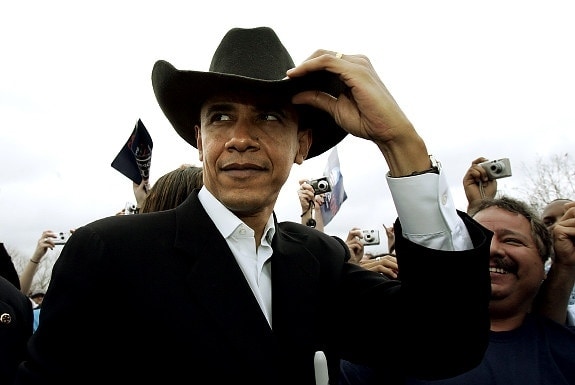 The name is Obama. Barack Obama.

Unlike law-abiding gun owners, gun-control desperadoes seem to have more ammo than they know what to do with these days. Case in point, gun-control rustlers loaded up quickly on the average citizen’s lack of knowledge of self defense law and “the justifiable taking of a life” and have been quite successful at exploiting the emotionally misleading narrative of the George Zimmerman case.  The thing is, the trial is over and this nonsense is still going on.

Shoving reality aside, a posse of gun grabbers are still fanning the embers of George Zimmerman’s acquittal and producing the smoking hogwash necessary to pull off this devilry. Why the president of the United States yearns to restrict every citizen’s fundamental right to defend oneself in public places where one has a lawful right to be — and without a government imposed duty to retreat — remains a mystery. But concern has not impeded President Obama or Attorney General Holder from tacking up verbal warrants for state laws that share what they call a menacing brand of — dun dun dun — stand-your-ground. These misunderstood laws are currently gun-grabbers public villain number one and they have decided to fight him with ignorance.  Other peoples.

The legends surrounding stand your ground are many, but like all legends, they are usually grossly exaggerated. But really, that’s neither here nor there because George Zimmerman’s case had nothing to do with stand your ground! No, Zimmerman’s case, as determined in a court of law, was actually just your ordinary, run-of-the-mill self-defense case (well, minus all the racial sensationalism and media makeover of the nearly six-foot Trayvon Martin, of course).

As far as determining self-defense, I would think that any reasonable person would recognize that when an individual is lying on his back with an attacker mounted on top mauling him, the situation has moved beyond standing one’s ground (as the concrete sidewalk on which the victim is reposed dashes any hopes of escaping the threat on top of him). Whether one agrees that a reasonable person would fear for his life in Zimmerman’s situation is debatable, as well as whether Zimmerman provoked the situation. But the case had nothing to do with standing one’s ground. 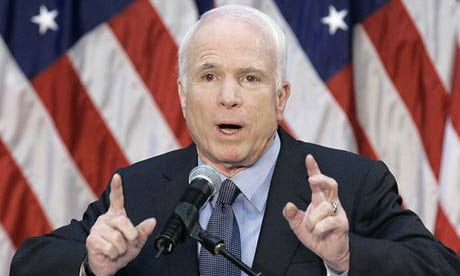 Yet the marshals of gun-control — conspicuous individuals like President Obama, Attorney General Holder, and Sen. John McCain – seem to never waste a go at the public stockpile of legal ignorance.  Why talk about the simple realities of self-defense law when you can fabricate a vision of masses of law-abiding gunslingers roaming the streets, chomping at the bit for a chance to open fire in some sensational, Wild West showdown?

By all accounts, the exact opposite is true, but the truth has never hindered anybody with a partisan agenda. According to the FBI uniform crimes report for 2011, 17 of the top 20 states with the highest number of gun murders were the states with the strictest gun-control laws on the books. In fact, California topped the list with 1,220 gun murders.  That state was also heralded by the Brady Campaign to Prevent Gun Violence in 2011 as the state with the strongest gun control laws (gun-control’s blazing futility appears to be something else that never hinders these people).

Despite the wanted posters that the president, attorney general and the Arizona senator are giddy to issue for stand-your-ground laws, no states’ statutes permit legally armed citizens to gun down individuals who look at them cross-eyed. The laws do not allow gun owners to shoot because they are nervous, suspicious or scared. The laws do not protect the instigator of the conflict (this was also true for Zimmerman’s self-defense case where jurors determined Trayvon Martin instigated the deadly encounter).

Stand-your-ground laws are in place to protect innocent, law-abiding citizens from the real outlaws and save lives. The protections these laws afford gun-owners (or the precedents set by them, rather) removes nearly impossible decisions a shooter would have to make when faced with a deadly encounter.  The mental stumbling block of having to decide whether the prosecutor will be able to determine, after several months of examining the evidence from every possible angle, that escape was technically possible could mean another priceless second and your life.

It would seem then to me that only mentally unstable people and those who have Secret Service protection around the clock support empowering criminals by imposing upon their victims a government-required duty to escape—Now, that is a concept, Mr. Holder! And an outrageously asinine one at that!