EDITORIAL: Is the future of 3D-printed guns Canadian? 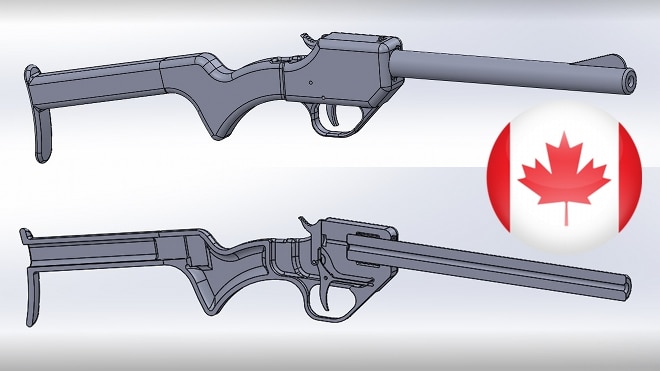 The Wiki Weapon project is now one year old and with Defense Distributed and its founder, Cody Wilson, it has grown from a new take on home gunsmithing to a new take on democracy, in the U.S. and abroad.

It started simply, by replicating a previous 3D printing project by a person called HaveBlue. HaveBlue used an older decommissioned but industrial 3D-printer to make an AR-15 lower receiver, the part that’s legally the firearm. The idea of the polymer lower was still being worked on, even for commercial lower manufacturers.

HaveBlue’s design held out, and shortly after, Defense Distributed was born. Led by Wilson, a law student from Texas, Defense Distributed capitalized on the idea of a 3D-printed firearm and set the goal of developing guns and gun parts on less expensive, more modern but in some ways more limited 3D printers.

The first DefDist 3D-printed AR-15 lower survived just six shots. Several things were the problem, including a lack of reinforcement and a non-standard upper receiver led to the gun’s violent end. Wilson and his crew used an AR-57 direct-blowback receiver which put more stress on the non-reinforced buffer tower causing it to snap in two.

A redesign and a conventional upper later, and DefDist succeeded at replicating HaveBlue’s achievements.

And while DefFist ran into several hurdles, they continued to develop new designs and improve on their 3D-printed lower, coming up with 3D-printed magazines in addition to their receiver.

Wilson continuously spurred the public, flaunting his home-brew gun parts named for anti-gun legislators, alienating some of the 3D printing and home gunsmithing community in the process. And even though legislators had begun rumbling over the emerging practice, they could do nothing, as making guns for personal use is not illegal, no matter what process a person uses.

All that changed when Wilson dropped the bombshell known as “the Liberator,” a design for a fully 3D-printed gun. It was not the first by any means (although it was the first demonstrably used), and like DefDist’s AR lower it incorporated elements from existing 3D-printed gun designs, but it was the first Wiki Weapon, which was already in the spotlight.

The design, while inefficient, expensive and impractical, brought about the full attention of the federal government, who quickly slapped an embargo on the Liberator and threatened DefDist with worse if they didn’t withdraw the plan and any others that could be argued to violate International Traffic in Arms Regulations (ITAR).

The government offered no explanation as to how the plans could be in violation of ITAR until just recently but that didn’t stop them from taking action against Wilson’s project.

“[The Directorate of Defense Trade Controls (DDTC)] is conducting a review of technical data made publicly available by Defense Distributed through its 3D printing website, DEFCAD.org, the majority of which appear to be related to items in Category I of the USML,” explains Matthew A. Goldstein. “Defense Distributed may have released ITAR-controlled technical data without the required prior authorization from the DDTC, a violation of the ITAR.

“As the first publicly available written statement from DDTC on the continued requirement for advanced U.S. Government approval before transmission of ITAR technical data into the public domain, the DDTC letter to Defense Distributed confirms the Department of State’s longstanding position on this issue. It will no doubt be interesting to see how the Defense Distributed case unfolds, whether DDTC will seek enforcement against the many other companies posting ITAR technical data on the Internet without requisite government approval, and whether this prior restraint can withstand a constitutional challenge.”

It’s not within the realm of possibility for the U.S. government, or any government for that matter, to prevent the continued development of 3D printing as it pertains to firearms, something that the DDTC is no doubt aware of. In fact, their silencing of DefDist was merely symbolic as 3D printing enthusiasts have picked up where the Liberator left off, designing and testing new guns left and right. 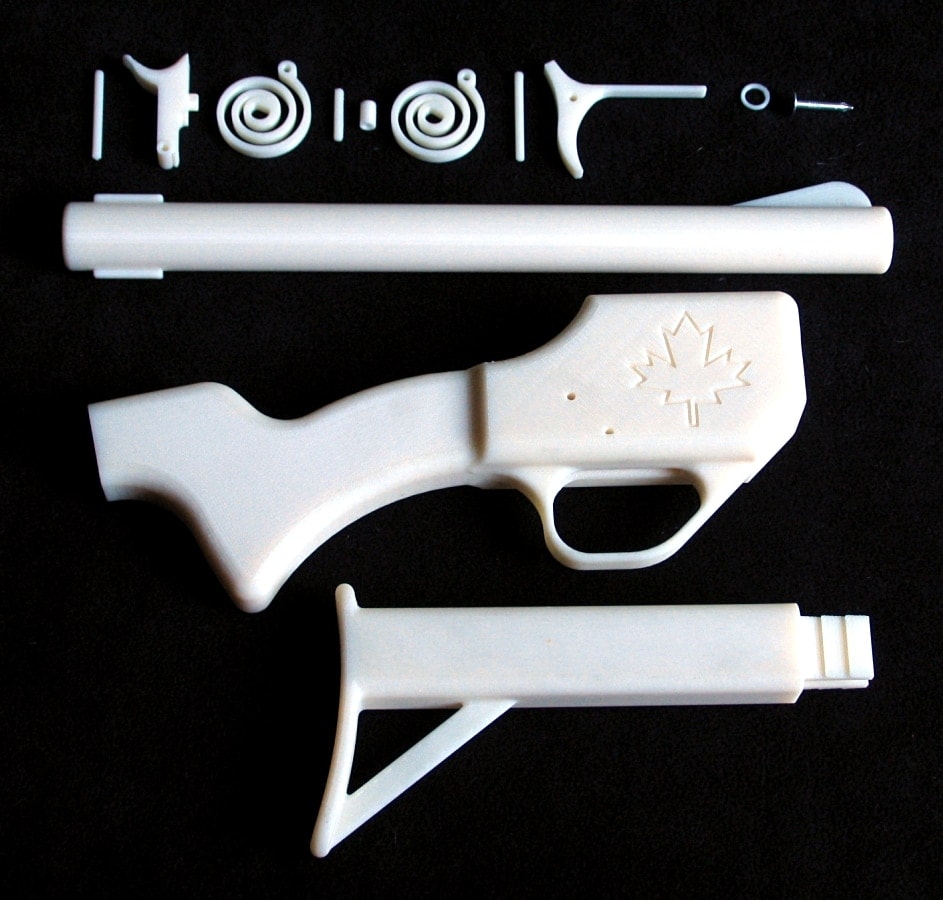 Case in point, the Grizzly. The Grizzly is a single-shot .22 Long Rifle carbine, and a citizen of the great nation of Canada.

The first iteration of the Grizzly followed in DefDist’s footsteps and cracked apart at the barrel after a small number of shots were fired through it.

But that was the first design, and 3D printing is nothing if not easily and quickly adaptable. In just a few days its blueprints were tweaked and the design improved.

The DDTC and its laws will not stop the development and proliferation of plans for 3D printing guns any more than any other type of Internet censorship has succeeded.

The question becomes, how far will we allow the prosecution of home gunsmiths and 3D printing enthusiasts to go? And perhaps more importantly, do we U.S. citizens really want to see Canada become the world leader in 3D printing guns?