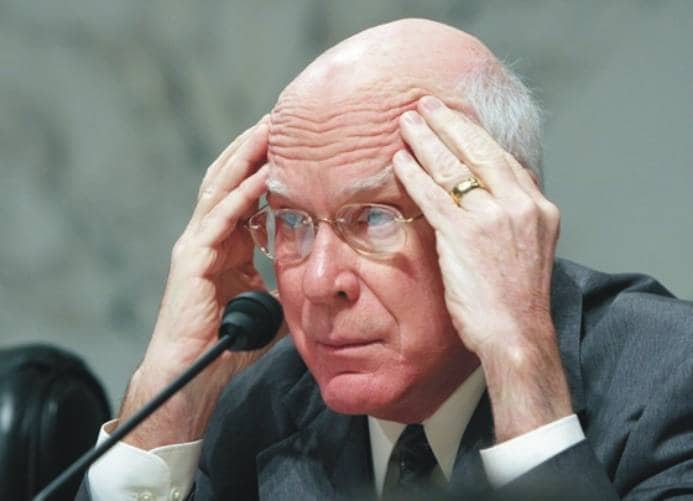 After spending more than $12 million of his own money on efforts to reform the nation’s gun laws, one would think that New York City Mayor Michael Bloomberg would have something to show for it.

But he doesn’t, really. In fact, if anything, Bloomberg’s only strengthened the resolve of millions of gun owners who see his gun control campaign for what it is: an attempt to gut one’s right to keep and bear arms.

Consequently, one could argue that his for push tougher gun laws and regulations has backfired, that it has served to undermine the momentum of the gun control movement, particularly at the federal level.

Sen. Patrick Leahy (D-VT), the chairman of the Senate’s Judiciary Committee, argued this very point in an interview with C-SPAN on Sunday.

“Unfortunately, you have some on the left like the mayor of New York City, who actually didn’t help a bit with his ads,” Leahy said in reference to the millions of dollars Bloomberg spent via Mayors Against Illegal Guns trying to bully Senators around the country into supporting legislation that would have required criminal background checks on all gun sales made over the Internet and at gun shows.

Leahy, a gun owner who voted in favor of the expanded background check bill, said Bloomberg’s attack ads against opponents of the measure, “actually turned off some people that we might have gotten for supporters.”

Sen. Heidi Heitkamp (D-ND), one of the targets of those ads, spoke to POLITICO back in April about how her constituents reacted to the Bloomberg-backed media campaign.

“People look at that and say, ‘He’s the mayor of New York City, what does he know about North Dakota?’ I’m not kidding,” Hetikamp said.

Indeed. Even Sen. Chuck Schumer (D-NY), arguably the mayor’s closest ally in the Senate, panned the strategy, telling Time Magazine in June: “I don’t think Bloomberg’s ads are effective. The mayor of New York City putting ads against people in red states is not going to be effective.”

Yet, in an interview with the New York Daily News, a Bloomberg spokesperson brushed off the criticism, arguing that partisanship in Congress is to blame for the failure of the expanded background check bill.

“One of the reasons that Congress’ approval ratings is at an all-time low is because too many in Washington would rather point fingers than step up and show real leadership,” said Marc LaVorgna. “Instead of blaming others for their own failure, Congress should come together and pass sensible gun legislation now. Every day that they delay costs more lives.”

It appears that Bloomberg and Co. are having a hard time admitting they wasted $12 million.

Looking ahead, Leahy wants to see Congress strike the right balance between protecting the Second Amendment and passing gun laws that seek to keep guns out of the hands of criminals and the mentally ill.

“You have some on the far right who say that the Second Amendment allows us to have anything,” Leahy explained. “I mean, you can take a machine gun to (go) deer hunting. There needs to be a balance between the two.”

Though with Bloomberg showing no signs that he’s willing to take his foot off the gas, reaching a compromise on gun control in the Senate will be an uphill battle.