First female pilot trained in Afghanistan in more than 30 years, "I want to fly with my brothers, shoulder to shoulder" (VIDEO) 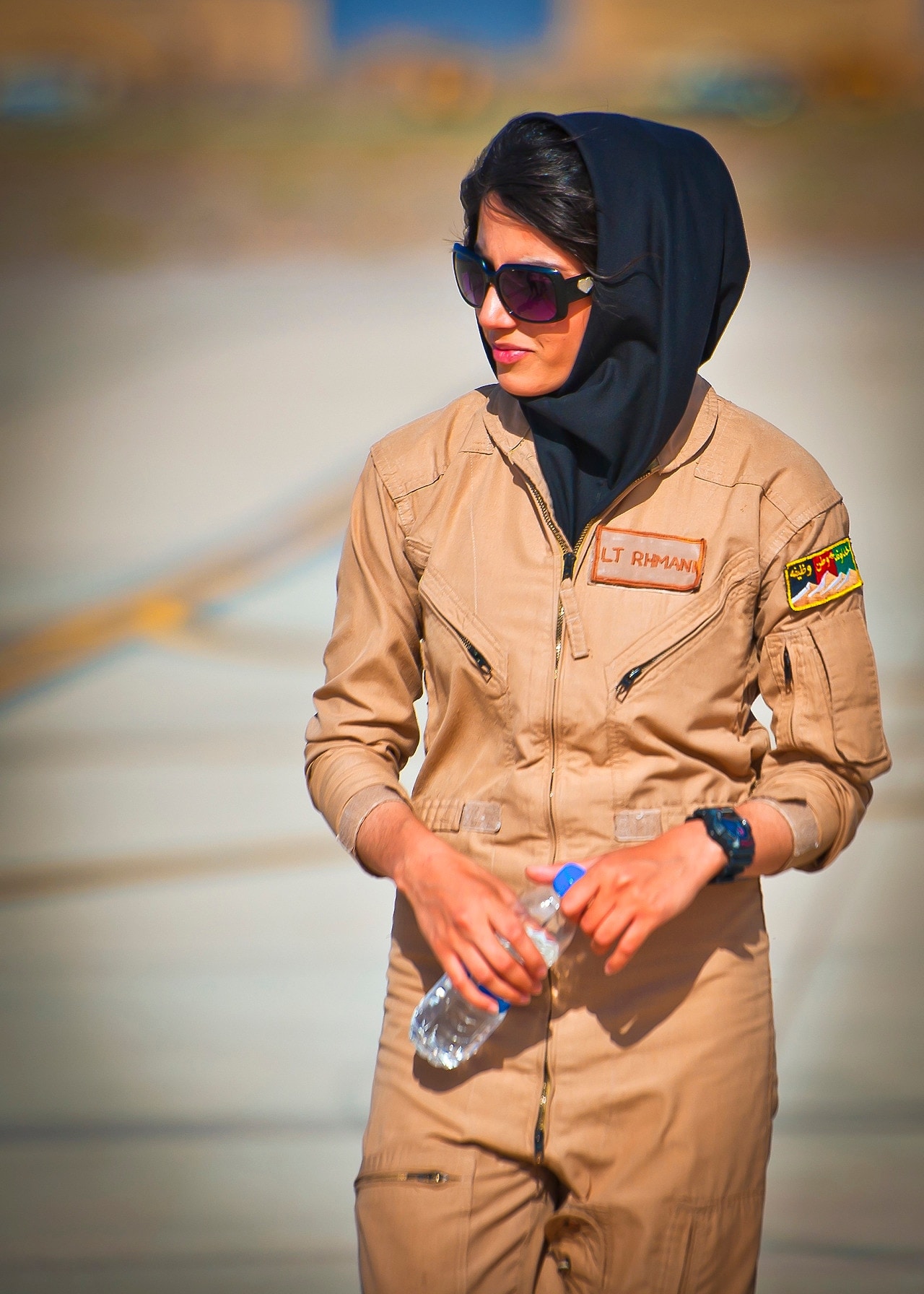 Rhmani – a Kabul City, Kabul native – earned her wings alongside 4 fixed-wing Afghan male pilots and 8 rotary Afghan male pilots at the Shindand Air Base. Both the UPT and Undergraduate Helicopter Training courses are taught by U.S. Air Force instructors.

When the Washington Times asked why she did it, Rhmani answered, “First it was my ambition, and second, I want to show that Afghanistan can have female pilots. It’s a job females can do also, it’s not a hard job that the men can just do. Both can do it.”

“I wanted to fly with my brothers, shoulder to shoulder,” Rhmani went on.

Achieving her goal was no easy feat. Rhmani spent nearly a year studying English in Kabul and with coalition instructors at the Shindand Air Base just to be able to qualify to take the program. After that, she still had to prove she had what it took.

197 sorties and 145.5 flying hours later, Rhmani reached her childhood dream of taking to the skies.

“I love the sky. When I look at the sky … I feel very calm, even when flying. I love it,” Rhmani said.

But it wasn’t only her dream Rhmani achieved, it was that of her father’s as well.

“It was my dad’s dream. He wanted to be a pilot, but because of problems at that time … 40 years ago, he couldn’t do that. I want to complete his dream and [become] a pilot.”

Rhmani is aspiring to be a fixed-wing pilot and said, “It’s my honor to serve my country and be the first female, and being an example for other females behind me.” 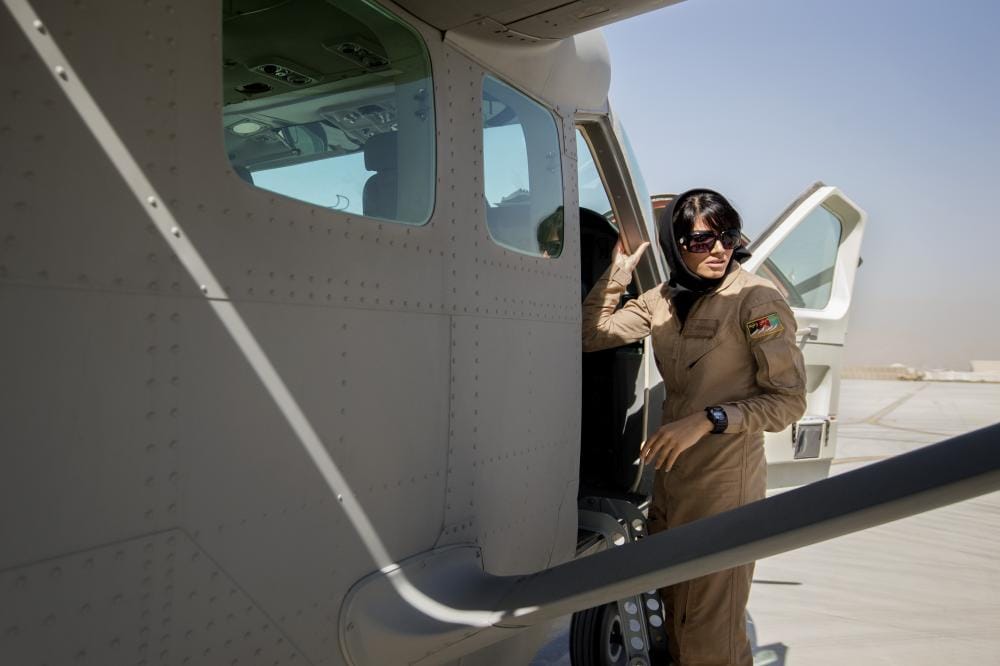 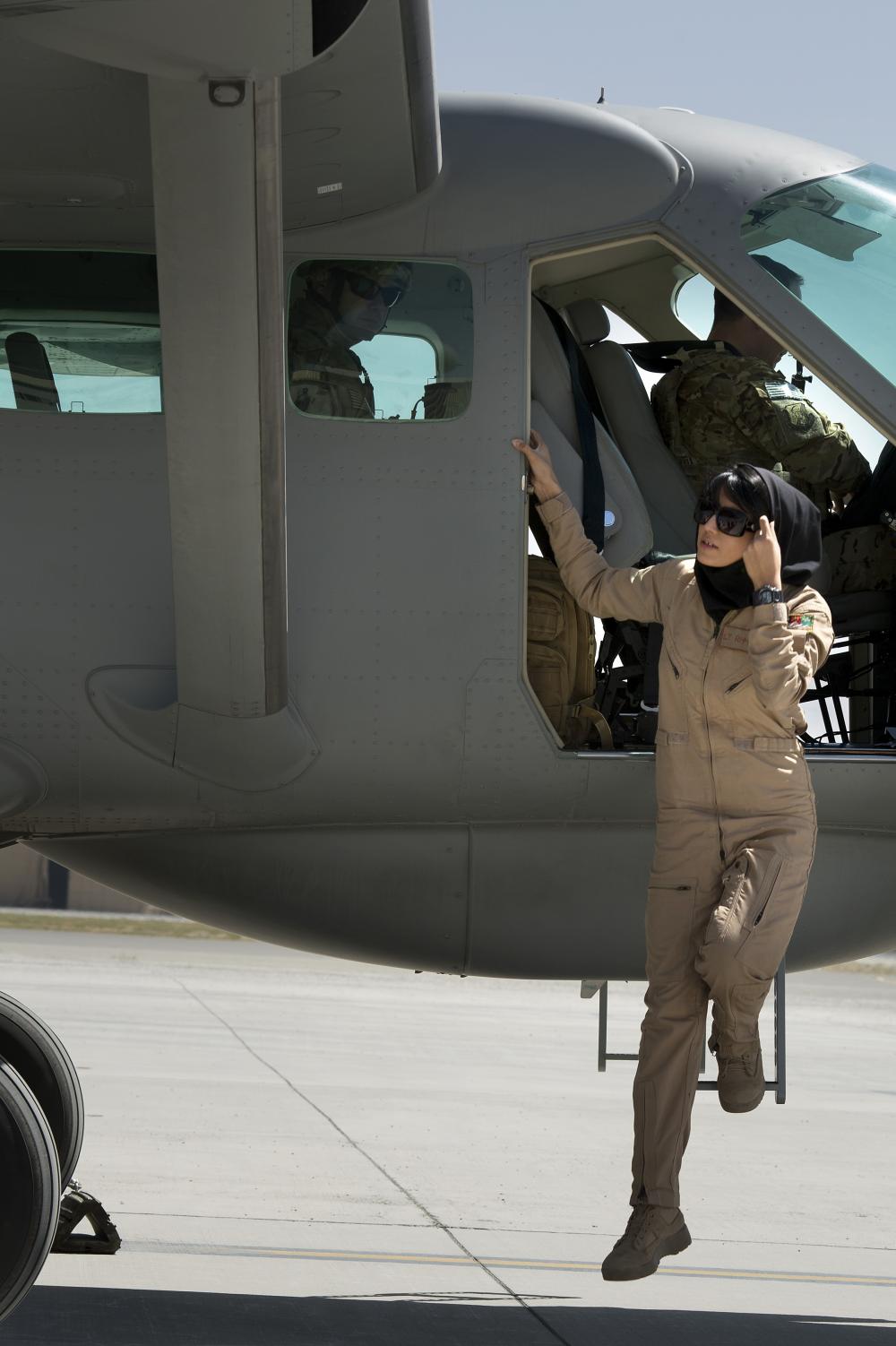