Journalist’s Google Search for “Pressure Cookers” and “Backpacks” Prompted Visit by Feds… Or Did It? 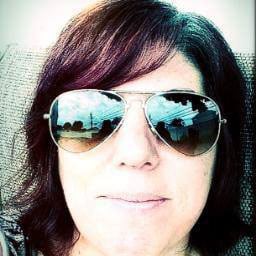 What is Michele Catalano hiding behind her dark shades? (Photo credit: Facebook)

It has all of the elements of a great story — Google searches, pressure cookers, backpacks, armed federal agents, government spying and quinoa — and while the story of the freelance journalist who had a “friendly” visit from the Joint Terrorism Task Force is making headlines, others doubt her story completely and do everything but call her a straight-up liar.

According to a recollection of the ordeal, freelance journalist Michele Catalano explains that six federal agents showed up at her Long Island home on July 31 to investigate what was apparently flagged as suspicious Internet searches, which included the terms “pressure cooker” and “backpack.”

Incidentally, Catalano was not even home at the time, but her husband and 20-year-old son were. And Catalano, naturally being a writer, reported the incident as it was told to her by her husband.

According to her husband, around 9 a.m. three black SUVs pulled up to the Catalano residence, one essentially blocking his Jeep in the driveway. The six men were casually dressed, but obviously armed — and serious.

They briefly — very briefly — searched the home. “Meanwhile, they were peppering my husband with questions,” Catalano writes. “Where is he from? Where are his parents from? They asked about me, where was I, where do I work, where do my parents live. Do you have any bombs, they asked. Do you own a pressure cooker? My husband said no, but we have a rice cooker. Can you make a bomb with that? My husband said no, my wife uses it to make quinoa. What the hell is quinoa, they asked.” 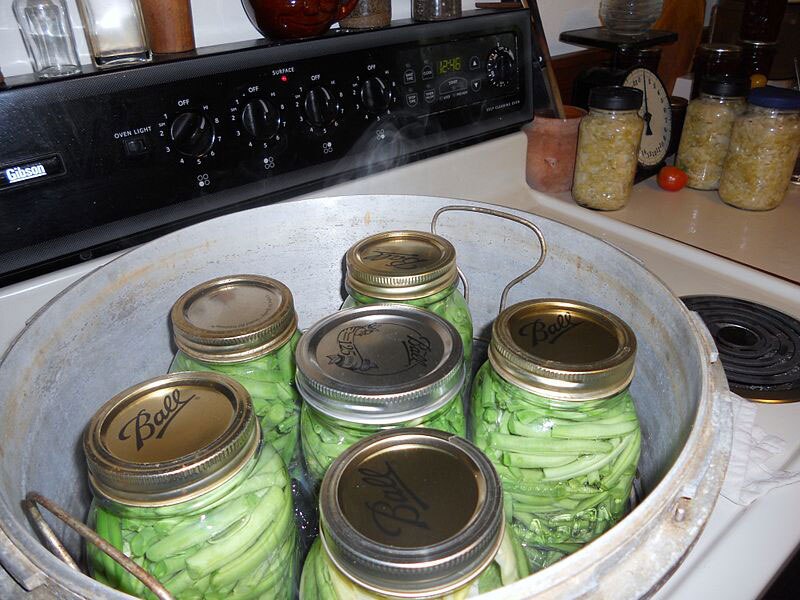 When she Googled “pressure cooker” was she canning green beans or doing something a bit more questionable… like cooking quinoa? (Photo credit: Gandydancer/ Wikimedia)

They ended the 45 minute visit by explaining that “they do this about 100 times a week. And that 99 of those visits turn out to be nothing,” Catalano claims.

The agents left and Catalano’s husband called her to explain the ordeal, which he found somewhat funny, but she found more disturbing than amusing.

Catalano ends her post by stating, “I’m scared. And not of the right things.”

And then the scoffers came.

The day following the incident, The Washington Post published an article stating that the FBI denied any involvement in the search and according to the author, “There’s little to suggest Catalano is on a watch-list or that any terrorism investigators were involved, at all.”

The article even made a not so sarcastic reference to a picture Catalano posted on Facebook of several M-66 firecrackers posted on none other than the 4th of July, suggesting that perhaps a “jumpy neighbor” reported the family for some sort of suspicious activity.

According to FBI spokeswoman, Kelly Langmesser, “They were officers from the Nassau County Police Department who identified themselves as such.” However, the department declined to comment on their involvement in the incident, or at least until they had more information.

The Suffolk County Police Department eventually released a statement blaming the visit on a tip from a former, possibly disgruntled employer who found “suspicious” searches on the man’s former work computer, rather than the NSA snooping through Google searches. 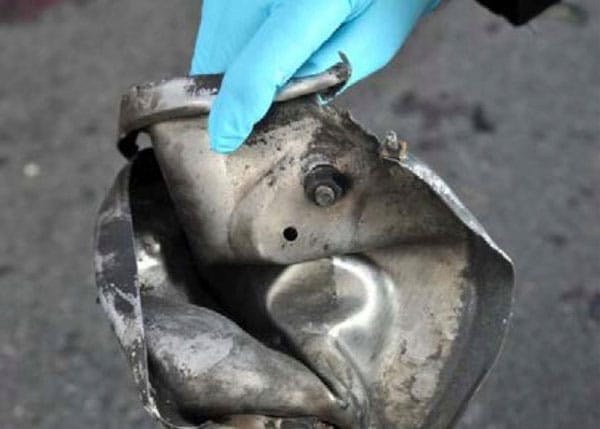 “And maybe in another time those two things together would have seemed innocuous, but we are in ‘these times’ now,” Catalano said. (Photo credit: FBI)

Apparently the Suffolk County Police detectives talked with representatives from the company then decided to visit the Catalano home, where they eventually determined that there was no criminal activity taking place in the home.

Catalano then updated her original post with a “clarification and update” of the newly discovered information. However, she still stands behind her original story, which even states, “That’s how I imagine it played out, anyhow. Lots of bells and whistles and a crowd of task force workers huddled around a computer screen looking at our Google history.”

Regardless of which government entities were involved and what prompted the search of their home, the search itself was real and the entire ordeal has left many wondering where the lines are drawn, especially with frequent news of ATF raids centered around (perfectly legal) use of Tannerite for (explosive and entertaining) YouTube videos and other questionable uses of government resources.