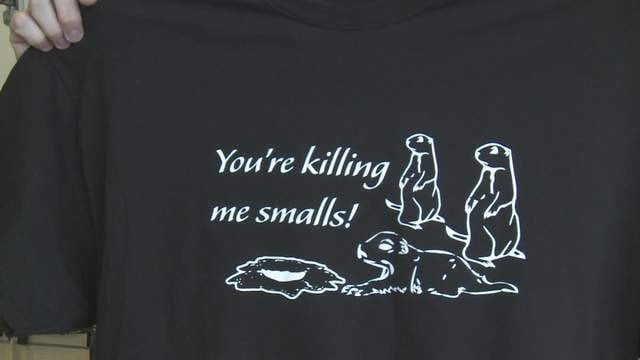 The shirt Gunhawk gives away when you sign up for the contest.

This weekend a New Mexico gun store kicks off a weeklong prairie dog hunting contest, but not without catching flak from animal rights activists and those who are enamored by the cute, cuddly and often plague filled varmints.

The Los Lunas based Gunhawk Firearms hosts the competition and will award the hunter who shoots the “most tails” with a Smith & Wesson M&P 15-22 rifle and everybody else gets a T-shirt. The entry fee is $25.

According to the local CBS affiliate KRQE, the contest has gotten national attention and the store has been targeted by animal rights activists such as Prairie Dog Pals, in addition to angry letters, phone calls and even death threats.

“It was pretty ugly stuff,” store owner Mark Chavez told the station. “They talked about our families and blowing the store up.”

However, this isn’t the store’s first time in the national spotlight. In November, the store hosted a coyote hunting contest, which also drew death threats and inspired nearly 29,000 people to sign an online petition opposing the contest. 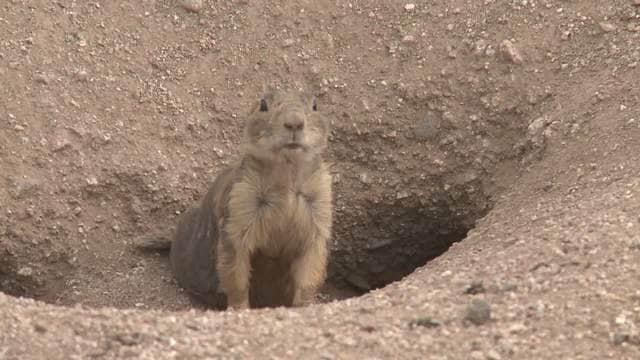 A prairie dog not really caring about anything.

The shop said they chose prairie dogs as the target because the critters are a problem for farmers and ranchers as they burrow tunnels underground and dig unsuspecting holes, but also they wanted to promote hunting rights, which was the same reason cited for the coyote hunt.

“After the coyote hunt, we got a lot of thanks for it. We got a lot of outpouring of support, and we want to show we are going to do it again,” Josh Waters, Gunhawk Firearms sales manager. “We’re going to be there for our hunters consistently.”

But animal rights groups argue that the contest is just an excuse for publicity — a poor excuse at that since these are rather docile creatures.

“New Mexico deserves so much better than for our state to be known as the capital of killing contests,” said Laura Bonar, Animal Protection of New Mexico’s program director.

“I feel sorry for the people that take part in this event because I don’t think they are hunters,” Raymond Watt of Prairie Dog Pals told the station. “I know a lot of hunters, and I know hunters respect wildlife, they respect the laws and they give animals a fighting chance.”

While the gun store will host the contest, they are not directing people where to hunt. They just ask that hunters follow the law.

The contest will take place Aug. 10-17, and they plan to have another coyote hunting contest later this year.