The North Atlanta High School opens this week to students, sporting an array of brand new amenities that include an indoor rifle range, reported WSB-TV.

The range was built for the school’s Junior Reserve Officer Training Corp (JROTC) and also their rifle team. 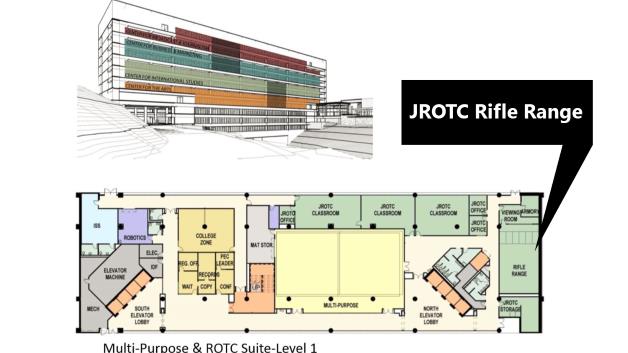 The “College Zone” is actually a place to look at colleges, not a place to eat wings and drink beer (although that would be awesome).

The potentially controversial rifle range was generally well-accepted by most parents, who conveyed confidence in the school’s ability to maintain safety. All the same, these same parents are stuck wanting to know about this unusual school addition.

Senior Turner Hume said, “I can see why they would be concerned, but I know they go through lots of training and they’re heavily supervised.”

They also stated the school has taken steps to equip shooters with the latest safety gear, noting that the range supports only compressed-air powered pellet rifles (for more on this type of shooting, click here).

School officials said the site is expected to be safety certified and open to the students within the next 30 days, at which point they can happily plink to their heart’s content.