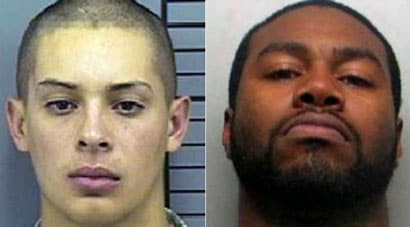 Claims that Mexican drug cartels are recruiting U.S. soldiers as hit men to carry out contract killings and run drugs over the border and throughout the country have recently made headlines, but it is an actual “disturbing trend” or just a few isolated cases?

“We have seen examples over the past few years where American servicemen are becoming involved in this type of activity,” Fred Burton, vice president for STRATFOR Global Intelligence told Fox news. “It is quite worrisome to have individuals with specialized military training and combat experience being associated with the cartels.”

Last month Army PFC Michael Apodaca was given a life sentence in an El Paso court after admitting that he was recruited and paid $5,000 by the Juarex Cartel for the contract killing of Jose Daniel Gonzalez-Galeana, which took place in May of 2009 after it was discovered that Gonzalez-Galeana, a cartel member, was an informant for U.S. Customs.

Army 1st Lt. Kevin Corley pleaded guilty in September to conspiracy to commit murder-for-hire for DEA agents who were posing as Los Zetas Cartel members in December 2011. Corley was also found to have sold stolen U.S. military weapons and equipment to the cartel and apparently told the same undercover agents that he could provide weapons to the cartel as well as military tactical training.

Also involved in that same case, Army Sgt. Samuel Walker was convicted of performing a cartel-ordered hit in November 2012 and was sentenced to 15 years in June.

In addition, the recent murder of Juan Guerrero-Chapa, a former lawyer for the Gulf Cartel, has also raised red flags because of the manner in which it was performed.

“Obviously, the nature of this homicide, the way it was carried out indicates — and I said indicates — an organization that is trained to do this type of activity,” Southlake Police Chief Stephen Mylett said. “When you’re dealing with individuals that operate on such a professional level, certainly caution forces me to have to lean toward that this is an organized criminal activity act.”

Mylett did admit that the murder was a “targeted affair conducted by professional killers,” but would not elaborate or provide any additional information.

That case is still under investigation. 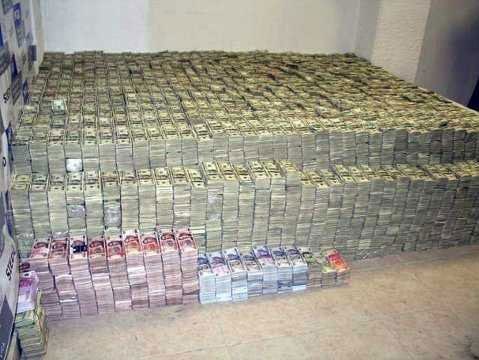 There’s no question that the drug business is a lucrative one. (Photo credit: U.S. Justice Department)

So what would cause U.S. soldiers to utilize their skills in such ways? Well, quite frankly, the pay is good — really good. From their military income, Walker brings home around $2,500 per month and Corley about $4,500. Both had agreed to perform the hits for $50,000 each in addition to receiving a supply of cocaine.

Burton said that trained soldiers from the U.S., Mexico and Guatemala are highly sought after — and extremely valuable — to the cartels, who can more readily and easily transport drugs into and throughout the states, as well as carry out hits within the country using U.S. servicemen.

“There has been a persistent gang problem in the military for the past six to eight years,” Burton claims. The FBI National Gang Intelligence Center reported that as of April 2011 they had identified at least 53 gang members who have either served in or are some other way affiliated with the U.S. military.

The NGIC has also determined that gang-related activities, such as home invasions, robberies, kidnapping and homicide, has increased along the Southwest border area as a result of U.S. gangs seeking approval of the cartels.

Army Maj. Joe Buccino, spokesman for the Fort Bliss Army Base in El Paso stated that the Army is seeking to address the issue by enacting tighter recruiting standards than even just a few years ago, which includes no longer accepting anyone for enlistment who has a gang-related tattoo.

“A person like Michael Apodaca would not even be allowed to enlist today,” Buccino said. “We’re more selective than during the height of Iraq.”