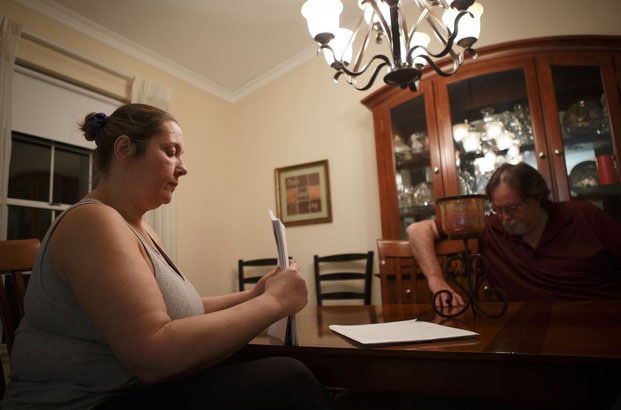 Phillips is now considered a “prohibited person” after a nurse wrote a few extra words in her hospital chart. (Photo credit: Bloomberg)

A California man, who had his guns confiscated in March after his wife spent three days in the hospital for psychological issues, had his firearms returned to him last month, but not the ammunition.

Back in December, at the suggestion of her psychiatrist, Lynette Phillips, of Upland, California, checked herself into a hospital due to an adverse reaction to a change in medication. Apparently a then recent adjustment in her medication had resulted in her crying uncontrollably.

Only when Phillips was admitted to the hospital, a nurse jotted down in her chart that not only was she involuntarily committed, but that she was posed a suicide risk. Both of which were untrue.

“I kept telling her I had a grand-baby at home and had to be better for Christmas,” Phillips told TheBlaze back when the incident first occurred. “Does that sound like the words of someone who is a risk to themselves and others?”

Phillips claims that she was never at risk for suicide and that the nurse put words in her mouth.

Several months later, after Phillips had spent only three days in the hospital, nine fully armed California Justice Department agents showed up at her house to confiscate her husband’s three firearms. One of the firearms, which she bought as a gift for her husband, was registered to Phillips. The agents took all three. 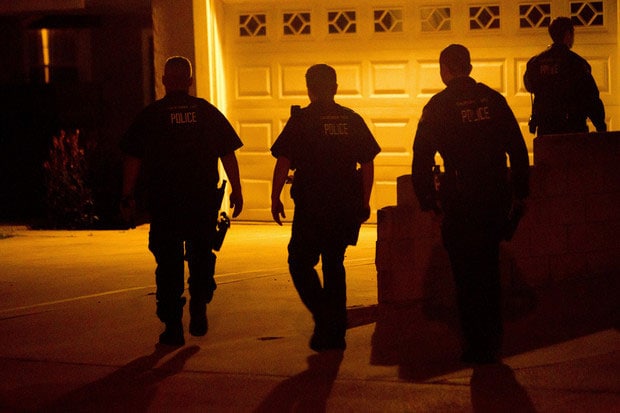 “We’re not contacting anybody who can legally own a gun. The only people we’re contacting are people who are prohibited from owning guns,” said Special Agent Supervisor John Marsh. (Photo credit: Bloomberg)

According to Michelle Gregory, a spokeswoman for the attorney general’s office, “The prohibited person can’t have access to a firearm” regardless of who the registered owner is. And because of those few words jotted down by a nurse, Phillips had become a “prohibited person” thus allowing the agents to come into her home and take her husband’s guns.

Under California law, a “prohibited person” includes anyone who “has been committed to a mental institution,” meaning that Phillips could “not possess or have under … her control any firearm.”

Additionally, Phillips questioned the effectiveness of such laws. “This happened in December,” she said. “I asked them at what point where they notified. They said between 24 to 48 hours after I was in the hospital.” Yet it took authorities three months to confiscate her husband’s firearms to reduce the risk that she posed to herself and others.

And several months later, after much paperwork, more money and greater hassles, Phillips’ husband had his firearms returned, but not the estimated $400 to $600 worth of ammunition that was taken as well, ammo that has become quite difficult to get in some parts of the country.

Phillips’ attorney, Chuck Michel, said he’s not surprised that the ammo wasn’t returned to them when they met with authorities at what they described as an “unmarked building” in Riverside to collect his firearms. Michel explained that it’s most departments’ policies not to return both at the same time.

“The thing that they’re worried about is that the person loads up the gun in the lobby,” he said in an interview with TheBlaze. “I understand that.”

However, Phillips decided that it wasn’t worth it to try to get the ammo back. “It’s a process, unfortunately, we should never have had to go through in the first place,” she said. 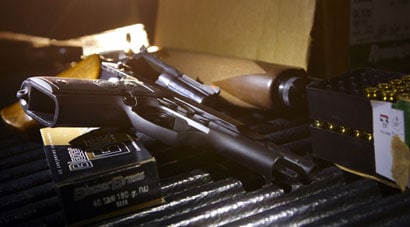 Phillips still hasn’t technically had her right to bear arms reinstated. She must go before a judge, most likely with a note from her psychiatrist in hand stating that she does not pose a threat to herself or others, in order to legally be in possession of a firearm.

“I do feel I have every right to purchase a gun. I’m not a threat. We’re law-abiding citizens,” she said. But that’s apparently not a decision that’s up to her, it’s something that must be determined first by her psychiatrist and secondly by a judge.

This brings about a serious and thought-provoking question:

“How do you determine when someone is crazy or mentally unstable enough?” Michel asked. “It’s a hard societal issue to come to grips with.”