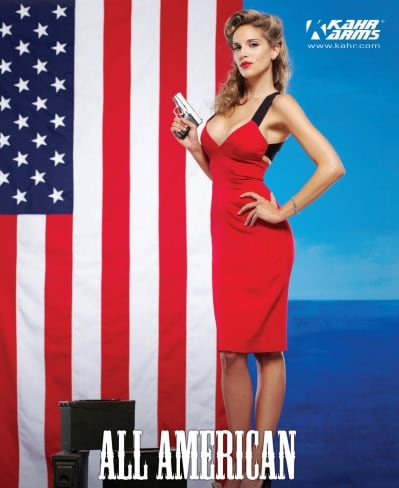 Kahr Firearms Group announced Wednesday that it will relocate its corporate offices from New York to Pennsylvania, and blames New York’s Secure Ammunition and Firearms Enforcement Act as reason why.

“We’re looking for a more friendly environment for our business,” Frank Harris, Kahr’s vice president for sales and marketing, told the Associated Press. “Maybe we could have stayed here and built a plant, but the way the bill was passed left us feeling there were a lot of uncertainties going forward.”

Kahr is the first gun company to announce that it will move out of New York. It’s relocating its 10-person corporate staff to Pike County, Pennsylvania, next year, the AP reported.

Since the mass shooting at Sandy Hook Elementary, lawmakers have pushed for new gun control laws. As a response, numerous gun companies have teased the idea of relocating out of states where new gun laws pass, but only a handful have officially announced or done anything.

In July, Kahr announced that it purchased 620-acres in Pennsylvania to build and open a new factory within the next five years (and hinted that it would move its corporate offices, too). With the expansion, the company aims to add 80 to 100 new jobs. Development of the new facilities is slated for later this year.

In addition to the corporate offices in New York, Kahr has factories in Massachusetts and Minnesota. In all, Kahr Firearms Group owns four gun companies: Kahr Arms, Auto Ordnance, Thompson and Magnum Research.

Even though most of Kahr Arms’ products — finely tuned concealed carry pistols — would be legal to own under the SAFE Act, several products produced under Kahr’s other brands, such as the Thompson’s “Tommy gun” or Magnum Research’s “Desert Eagle,” would create issues for New York gun owners.

The recently enacted law was written under the guidance of New York Gov. Andrew Cuomo, and state representatives had three days to review the bill before the governor signed it into law Jan. 15.

Many believe, including some lawmakers, that the bill was not adequately reviewed and since it was signed into law certain parts have been revised, such as adding an amendment so law enforcement officers would be exempt from certain measures such as magazine limits. Needless to say, the law has been widely contested by gun rights advocates.

“We’re all for stopping criminals, but this act is not going to do that,” Harris said. “This will only hurt the responsible law-abiding citizens.”

In reference to Kahr moving, he added, “The Safe Act has unintended consequences and this is one of them.”