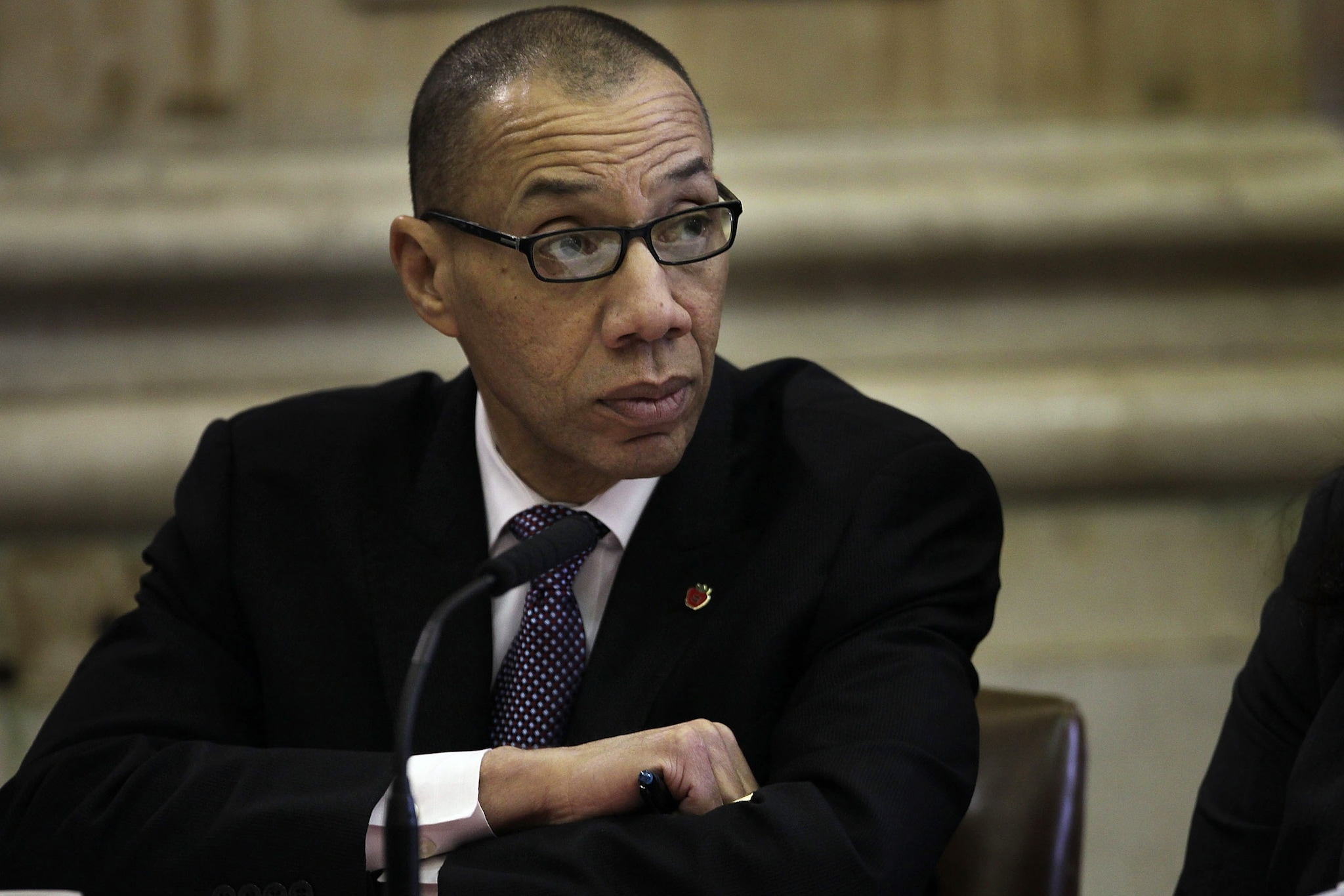 Dennis Walcott is Chancellor of the New York City Dept. of Education. When you ask him a question he doesn’t just listen, he feels it.

Operating under the fear that certain keywords or phrases may cause an unpleasant emotion in students, the New York City Department of Education is requesting 50 or so words be removed from city-issued tests — and “yes” the word “guns” is on that list.

WCBS 880’s Marla Diamond, reported on Schools Chancellor Dennis Walcott’s explanation of why several of the words had made the list. The word “dinosaur,” for example, ties to evolution — something creationists may find displeasing. “Halloween” could be connected to paganism. While “birthday,” though we all have one, may rub Jehovah’s Witnesses the wrong way as it’s something they don’t celebrate.

The full list – featured below – goes on and on, including other words and phrases like “celebrities,” “computers in the home,” “junk food,” “rock-and-roll music,” “television,” and of course, “hunting” and  “weapons (guns, knives, etc.)”

Not all parents agree with the DOE’s plans, however. Julie Lewis’ family recognizes both Christmas and Kwanza, but she wants her children to be able to learn and take part of other culture’s and their holidays too.

Any allusion to wealth could stir up envy or jealousy, so that’s out too. On the other end of the spectrum would be “poverty,” which again holds a place on the list.

According to Walcott, the DOE only offers the list as a source of guidance for test developers.

“So we’re not an outlier in being politically correct. This is just making sure that test makers are sensitive in the development of their tests,” Walcott said.

Following is the full list of words that could be banned: