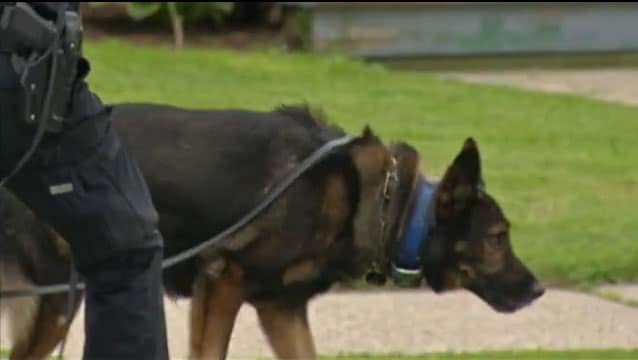 Officers recovered some of the stolen items, which included blood-stained money, with the help of a K-9 unit. (Photo credit: WIVB)

A man in was outside of his home in Buffalo, New York, last Sunday evening when he was approached by two men who robbed him of cash and jewelry. Unbeknown to the suspects, the victim had in his possession another valuable item: a handgun, which he used to shoot both the suspects.

According to a local report, the incident occurred just after 7 o’clock. One neighbor, who did not wish to be identified, told reporters that she had seen John Hunt, 50, in front of his home washing his car just feet from where a woman was shot and killed last year. A few moments later, she heard what she described as nine or 10 gunshots.

Unaware of what was happening, the frightened mother took her children to the basement to hide and called 911. After the gunfire was silenced and nearly half an hour later, the woman found a scared and obviously injured man in her back yard, bleeding and asking her if he was going to die.

At that point she still had no idea what had occurred and at first had pity on the man.

But it turned out that the man bleeding in her backyard was one of two suspects that had just robbed her neighbor, only Hunt, who legally owned the firearm, opened fired on the two suspects, hitting them both.

Robert Moore, 19, who police say has an extensive criminal history, was struck in the leg and later apprehended by police when he showed up at the hospital.

Bernard Byrd III, 21, only made it a short distance from his victim’s home before collapsing in a nearby yard. Byrd was shot in the chest and the last update indicated that he remained in critical condition.

Both suspects are facing first degree robbery charges and police believe that both men were armed.

Man shoots suspects who robbed him

The shooting has brought about questions of when it’s justifiable to use deadly force.

New York has a duty to retreat law, meaning that when confronted with a threatening situation, the victim must first run away if they can safely do so. 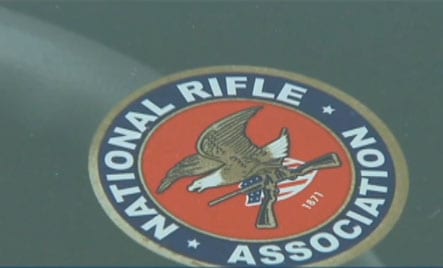 Pro tip: Question whether it’s a good idea to attempt to rob a man washing his car, which has an NRA sticker prominently displayed in the back window. (Photo credit: WGRZ)

New York defense attorney Paul Cambria notes, “There are a couple of exceptions. You don’t have to retreat if you’re in your own home.” Although Hunt was not in his home, he was outside of his home, on his own property, in a place in which he had every right to be.

Cambria also points out that the law does indicate that certain offenses do make the use of deadly force justifiable.

“The statute makes it clear that robbery is one of those offenses that you can use deadly physical force and there’s no duty to retreat,” he explained.

Cambria anticipates that the case will be presented to a grand jury by the District Attorney, but does not expect that any charges will be filed against the victim who shot the suspects.