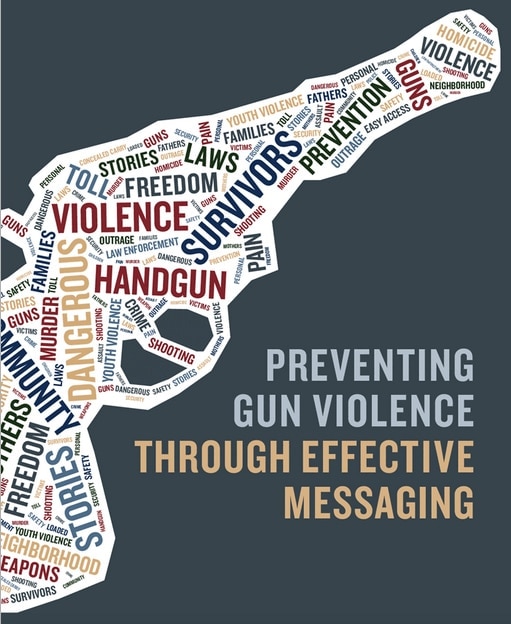 If the debate over gun control in this country was grounded in facts, instead of rhetoric, it would have ended a long time ago.

Why? Because, as pointed out in numerous Guns.com articles, more guns in the hands of law-abiding citizens does not generate more crime. If anything, an expanding gun community helps to reduce crime.

All of what’s just been said are empirical realities. Looking at the data, one cannot reasonably dispute these conclusions.

But the gun control debate doesn’t center around facts. It centers around rhetoric and semantics. It’s a war waged with words. And it’s the side that does the best job defining and, in some cases, redefining the debate that often has the upper hand.

Here’s a breakdown of some the themes in the playbook:

Every gun owner is familiar with how gun-control advocates have used wordplay to their advantage.

Perhaps the most obvious example is the term “assault weapon,” which is nothing more than a semiautomatic rifle with a detachable magazine and certain cosmetic features, e.g., pistol grip, flash suppressor, barrel shroud, etc.

Of course, we know this, but Joe Public may not. And that’s the point. Convince Joe Public that a ordinary and commonly own sporting rifle is an “assault weapon,” which is to imply that it’s an instrument of death and destruction.

In the playbook, on page 45, the authors suggest similar semantical substitutes, such as calling Florida’s common sense ‘Stand Your Ground’ law a “Shoot First” or “Kill at Will” law, explaining that these terms are “more accurate and persuasive,” as the Examiner.com reported, which along with the Citizens Committee for the Right to Keep and Bear Arms, helped discover the playbook.

Additionally, the guide recommends that gun control advocates should avoid bringing up the term “duty to retreat” because it is “hard to defend” and is an established legal principle.

“The core frame should be personal and emotional — centered on ‘people’ and not on facts, laws, or legislation,” one of the key points of a memo circulated by GQR on Feb. 20, which was presumably based of the playbook.

That’s pretty telling. It appears the authors want gun control advocates to rely on their emotions, their fear of firearms, their anecdotal experiences, their preconceptions about gun owners — basically, everything but the truth.

Here are two sections from the playbook that undergird this strategy:

#2: USE STATISTICS TO REINFORCE AN EMOTIONAL ARGUMENT, NOT TO REPLACE IT.

Statistics, properly used, can be a powerful way to make people understand the human reach and
impact of gun violence in America. But they should always be used to undergird an emotionally
persuasive case.

Never let a dry recitation of the facts disguise the fact that you are deeply saddened and moved by
the terrible human toll that gun violence claims.

Experience tells us that the specific facts of a high-profile gun incident are revealed over time. If we jump to conclusions about those details, we could find ourselves at odds with reality as events unfold.

So, the smartest thing to do is avoid linking our message and arguments to any one set of partially-revealed facts. We shouldn’t assume the facts.

But, we also shouldn’t argue ourselves into inaction while we await clarity about details.

The clearest course is to advance our core message about preventing gun violence independent of
facts that may shift on us over time. (“While we don’t know the specifics of this tragedy, we know far
too many people are killed by weak gun laws in this country.”)

Of course, once a fact is clearly established, it makes sense to rely on it to advance your case.

It seems that the overall lesson could be boiled down to this: run your gun-control campaign on emotion and, when convenient, cherry pick some overly-general facts that back your argument, e.g., people are murdered with guns everyday.

Not surprisingly, the authors of the guide pulled a page right from the book of Rahm Emanuel, who famously quipped, “You never let a serious crisis go to waste. And what I mean by that it’s an opportunity to do things you think you could not do before.”

Consider this advice from the playbook:

The debate over gun violence in America is periodically punctuated by high-profile gun violence incidents including Columbine, Virginia Tech, Tucson, the Trayvon Martin killing, Aurora, and Oak Creek. When an incident such as these attracts sustained media attention, it creates a unique climate for our communications efforts.

A high-profile gun violence incident temporarily draws more people into the conversation about gun violence. We should rely on emotionally powerful language, feelings and images to bring home the terrible impact of gun violence.

In short, they believe that gun control advocates need to leverage the emotions of the public in the aftermath of a tragedy to push for stricter gun laws, which is exactly what the president attempted to do in the wake of the mass shooting at Sandy Hook Elementary School in Newtown, Connecticut.

Thankfully, though, reason and common sense prevailed and the president’s efforts to criminalize private transfers, ban commonly owned rifles and magazines died in the Senate.