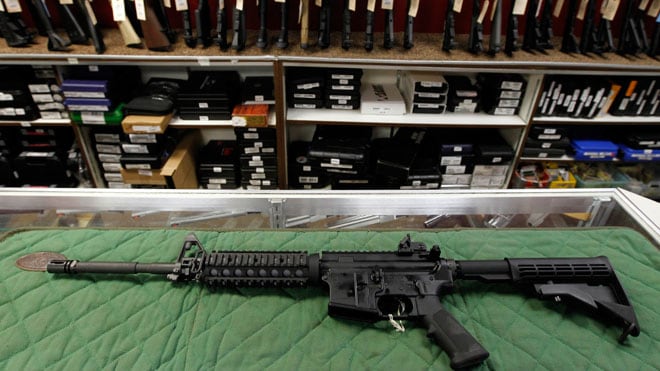 AR-15’s may be a hot topic among some, but in Virginia handgun sales are what’s happening.

And while some claim that this is a “unique trend” it doesn’t necessarily appear to be. In fact, Guns.com published an article just two weeks ago with nearly an identical headline, exchanging Virginia for the state of Hawaii.

Firearm sales in the state of Virginia last year rose an impressive 16 percent from 2011. Yet during that same time, violent crimes committed with firearms dropped five percent. Additionally, over the past seven years gun sales have increased a whopping 101 percent, while violent crime has fallen a remarkable 28 percent.

But, of course, opinions vary as to what exactly those statistics mean.

“It’s a quite interesting trend given the current rhetoric about strengthening gun laws and the presumed effect it would have on violent crimes,” Baker explained. “While you can’t conclude from this that tougher laws wouldn’t reduce crime even more, it really makes you question if making it harder for law-abiding people to buy a gun would have any effect on crime.”

However, Josh Horwitz, executive director of the Coalition to Stop Gun Violence claims that those statistics aren’t the ones that really matter when it comes to reducing gun violence anyway.

And obtaining that data may be next to impossible since a large portion of the firearms obtained without background checks are by criminals who don’t generally participate in statistical surveys anyway.

Federally licensed firearm dealers in the state run an instant background check through the Virginia State Police when a person attempts to purchase a firearm. The state police also noted that the majority of these dealers are small-time operators, some operating out of their homes.

Philip Van Cleave, president of the Virginia Citizens Defense League, stated that the data merely shows that most of the guns being sold and purchased are “going to decent people.” “That’s not going to affect crime and, in fact, all those extra guns can actually work to lower crime because those are going into the hands of [concealed] permit holders or people using them to defend their homes,” Van Cleave said.

Baker also argues that although the information is certainly eyebrow-raising, there’s not enough concrete data to draw a complete conclusion.

“To substantiate (that) argument, you would need to eliminate a number of other factors that could potentially explain away the relationship of more guns, less crime in Virginia,” Baker said. “Only if the relationship remained after controlling for additional factors could a researcher be more comfortable making the claim that more guns lead to less crime. But what the data does show is that the ‘more guns, less crime argument’ is certainly possible.”

However, Baker and Horwitz did agree on one thing: That certain stricter gun control laws – such as New York’s limiting magazine sizes and requiring registration of assault-style rifles – will do little to reduce crime.

“It won’t reduce crime,” Horwitz said. “The point is that it decreases the lethality of crime.”

Baker concluded that the way to reduce crime has nothing to do with the instrument of death. “I think if we truly want to reduce crime and gun violence, we need to focus on the root causes of crime, as opposed to the tools occasionally used by criminals,” he said.