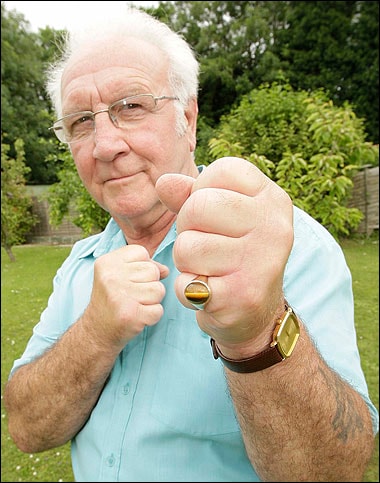 Frank Corti posing for the camera

23-year-old Gregory McCalium, bit off more than he could chew when he threatened 72-year-old retired boxer, Frank Corti.

When McCalium forced his way into Corti’s house, he had no idea what he was getting himself into. Corti may be advanced in age, but he still means business.

Corti, who lives in Botley, Oxford, served with the Royal Engineers in North Africa from 1956-58 and had years of boxing experience, McCalium only had half a plan and a knife.

McCalium lunged with his blade, but Corti was quick. He dodged and punched the intruder in the face, giving him a black eye and a swollen lip. After McCalium was down for the count, Corti kept him restrained until police arrived. 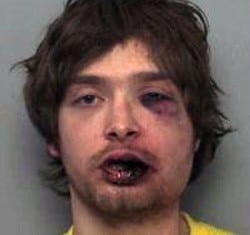 “I was scared when he first drew the knife, but my old training must have kicked in because I just punched him as hard as I could and he went down like a sack of spuds. If you can’t defend what’s yours, where are we at?” Corti said after the case.

McCalium denied his charges and claimed he was suffering from acute amnesia, in other words, he didn’t want to admit he just got put in his place by an unarmed 72-year-old.

The judge gave McCalium a 4-and-a-half-year prison sentence for aggravated burglary, telling him he had “got what he deserved.” 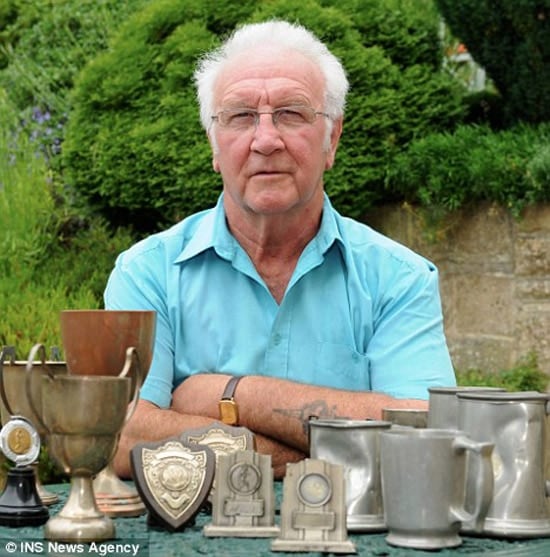 Corti has more than a little time in the ring. Here he shows his various trophies.