Man tells police, "I have the gun in my ass" (VIDEO) 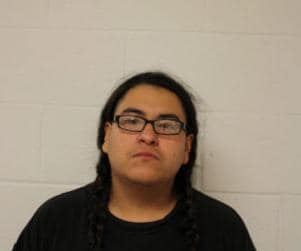 Marco Alvarado was booked into the Cook County Criminal Courthouse

Thursday, 20-year-old Marco Alvarado of South Lawndale, Ill., was arrested after he fired three shots into the air and then hid a gun in his pants.

Police responded to Irving Park at 4359 N Pulaski Ave. on report of shots fired. Witnesses were quick to report what happened, telling officers that an altercation between 6 men took place, ending after Alvarado fired his gun into the air.

When officers approached Alvarado, he was sitting reclined in his car with another man in the passenger seat, two open containers of beer between them. Alvarado already had his hands behind his back and refused to remove them when prompted, confessing to officers, “I’m going to be real with you, I have the gun in my ass.”

The gun was discovered just where Alvarado said it was, pinched tightly between his buttocks. While in custody, Alvarado explained to police he fired his gun into the air to protect his friend from danger – the 6 men that were attacking him.

Alvarado was charged with multiple felony weapons discharge and possession violations. He was taken to the Cook County Criminal Courthouse on Thursday afternoon and held on $20,000 bond.