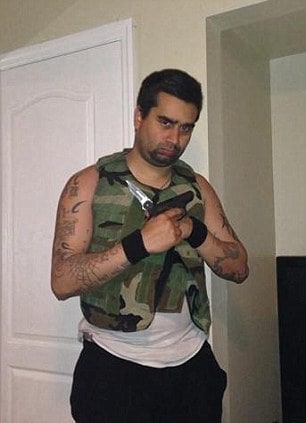 Dual wielding: Derek Medina in camo with knife and gun

A Florida man was arrested for shooting and killing his wife after he posted a disturbingly graphic photo on his Facebook page — showing her blood-covered body slumped into a corner.

“I’m going to prison or death sentence for killing my wife love you guys miss you guys takecare Facebook people you will see me in the news. My wife was punching me and I am not going to stand anymore with abuse so I did what I did I hope u understand me,” Medina posted.

The photo of Alfonso’s body can be found here.

The post and accompanying grotesque photo remained on Facebook for five hours before Medina’s profile was deactivated just before 5 o’clock Thursday night.

At approximately 11 a.m. Medina went to his father, Derek Medina Sr., confessing to the murder of his wife and explaining that Alfonso threatened him with a knife.

“He just said that his wife picked up a knife on him, and they had a big fight, and he shot her,” said Medina Sr. 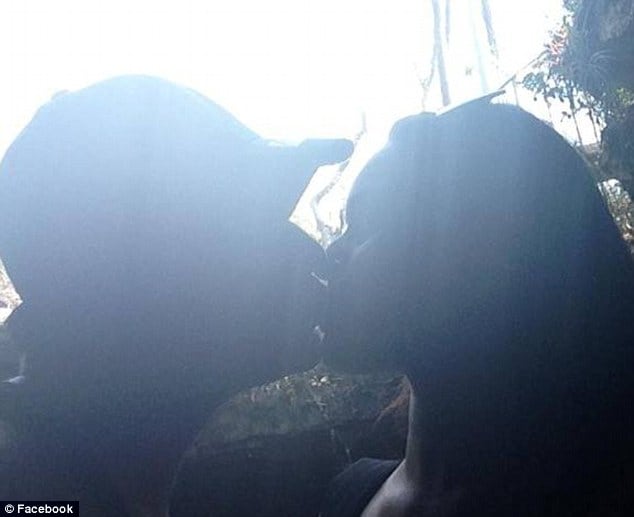 Alfonso’s last Facebook activity was changing her profile picture to one of her kissing her husband, Medina.

Alfonso — who was a server at Denny’s — leaves behind her 10-year-old daughter. Her last recorded activity on Facebook, just 15 hours before she was brutally murdered? Changing her profile picture to a photo of her kissing her husband, Medina.

Medina Sr. drove his son to a South Miami police station Thursday afternoon, where he turned himself in and confessed to shooting his wife after a domestic dispute.

Officers responded and discovered Jennifer Alfonso’s slain body as well as her 10-year-old daughter, who was still inside. Officers wrapped the little girl in a blanket and escorted her out of the building. She is believed to have been present during the shooting, though she was not harmed.

Medina has published several self-help e-books covering a wide variety of topics. He claimed in one book he can hunt ghosts and at one time saved his wife from a poltergeist attack while they were in New York.

In another book he wrote about his close encounters with aliens and complained that humans were not working on a time travel machine, which was much needed for an “evacuation plan.” 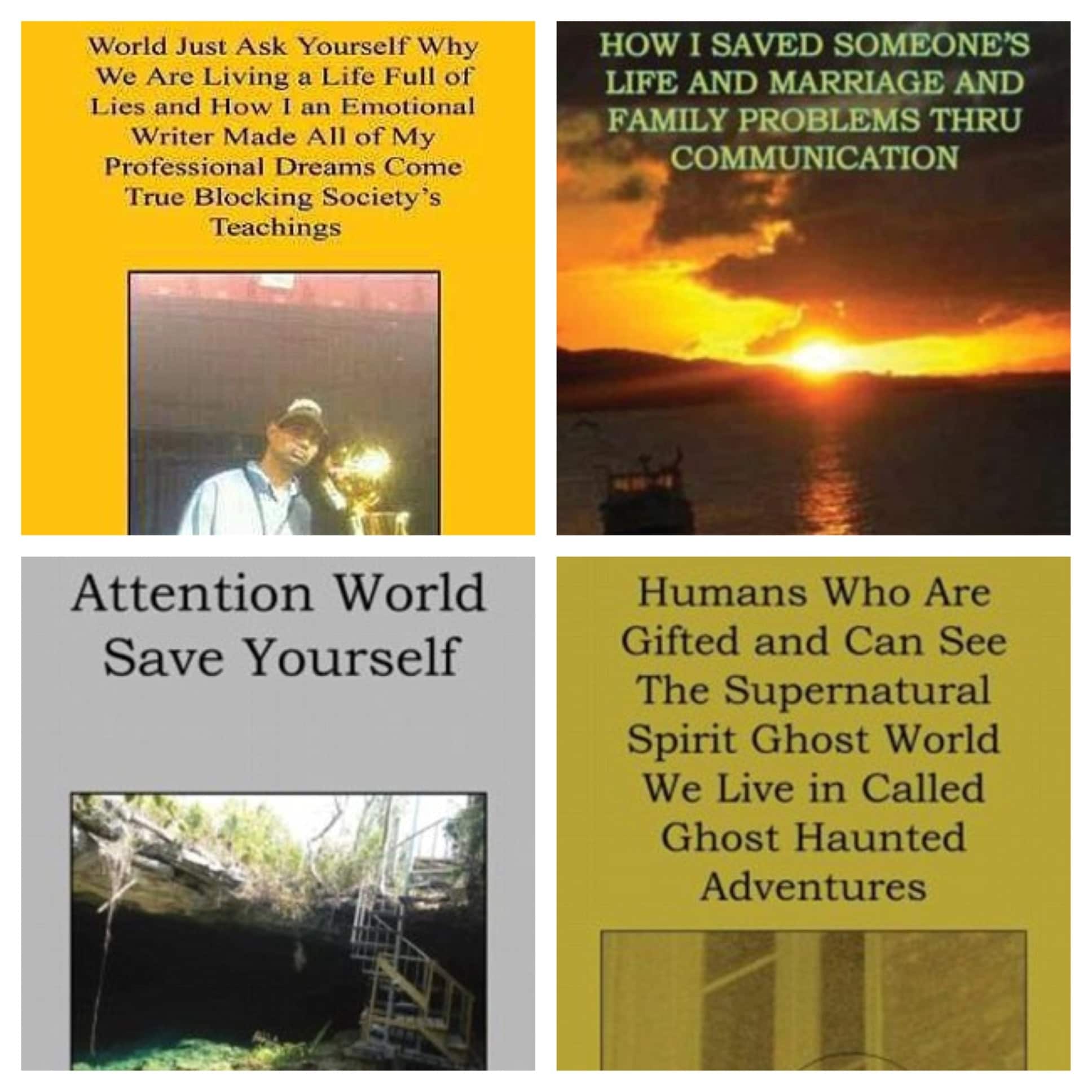