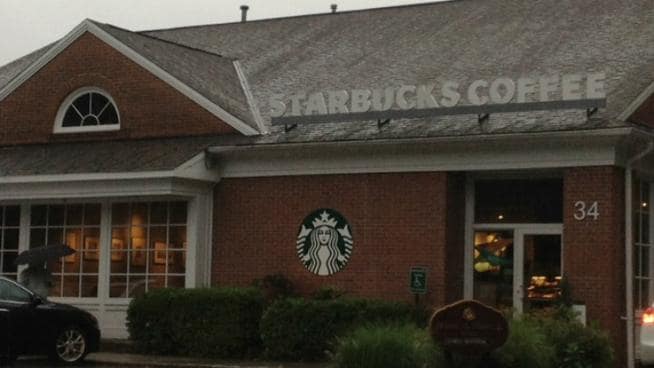 Gun advocates gathered at Starbucks in Newton, CT to show their support

Friday, A Starbucks in Newton, CT closed earlier than scheduled, leaving a throng of gathered gun advocates standing in the rain.

Starbucks has been in the limelight a little more than usual in the last several months. The company has adopted a Switzerland stance on gun control, choosing to maintain neutrality instead of taking sides. Unlike Peet’s Coffee – who has posted “No Guns Allowed” signs in their store windows – Starbucks remains a completely viable location to carry, permitting state and local laws, of course.

Advocates looking to show their gratitude had planned to meet at various Starbucks across the nation Friday evening.  A location in the town of Sandy Hook – now known for the tragic elementary school shooting that took place on December of 2012 – was on the list of stores to be visited.  However, the store closed early, posting a sign in their window that read: 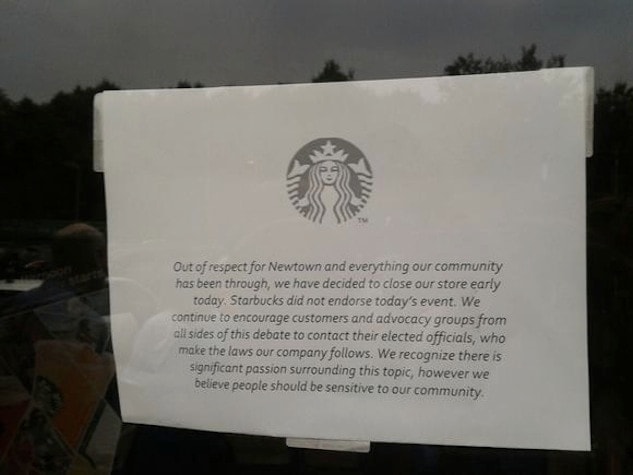 When gun advocates arrived, they found this sign taped to the inside of the door

“Starbucks did not endorse today’s event. We continue to encourage customers and advocacy groups from all sides of this debate to contact their elected officials, who make he laws our company follows. We recognize there is a significant passion surrounding this topic, however we believe people should be sensitive to our community.”

The business may not have been open, but that didn’t stop gun supporters from showing up anyway, many of whom carried openly. Also present was a small number of those supporting stricter gun-control.

“There have been a hundred-plus protests against guns because of this violence,” said Mike Long of Sandy Hook. “We live in the Constitution State and they are ripping our constitution to shreds. My heart and prayers go out with all the families, but unfortunately we have only maybe two opportunities to get tougher as legal gun owners to show support for our Second Amendment.”

Not everyone felt the same. 17-year-old Sean Nossek showed up in support of those who felt the gathering was disrespectful.

“I though it was deeply insensitive and morally wrong. So I figured I would come and exercise my right tot ell them that they should probably have their gathering elsewhere,” Nossek said.

Though both sides were extremely passionate about their views, the gathering took place without incident.