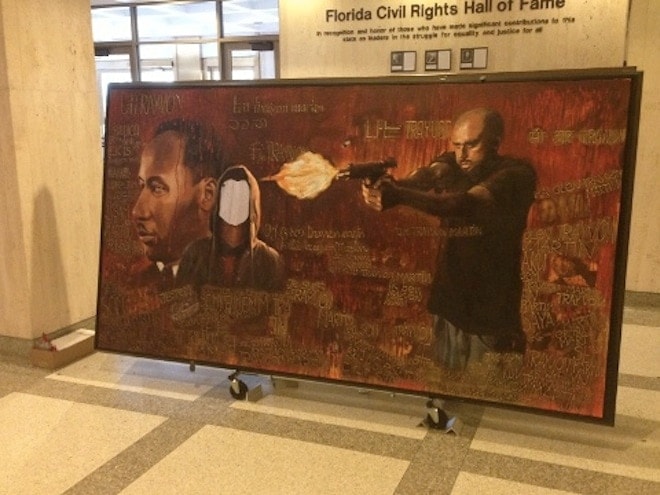 Friday, a 100-foot mural was unveiled in Orlando, Fl., showing a picture of a man shooting a likeness of Trayvon Martin

Miami artist and creator of the mural, Huong, said the message of the larger-than-life painting is “We are all Trayvon Martin.”

Featured on the canvas is a man depicted to look like George Zimmerman – who shot and killed Martin in February of 2012 and was later acquitted. This man holds a pistol to Martin’s head, and fires. In place of Martin’s face is a mirror, so visitors can see themselves in his shoes.

Also on the mural is Martin Luther King Jr., with blood trickling down his head.

Huong, surely realizing this would evoke a strong reaction, left ample room on the mural for the public to share their thoughts.