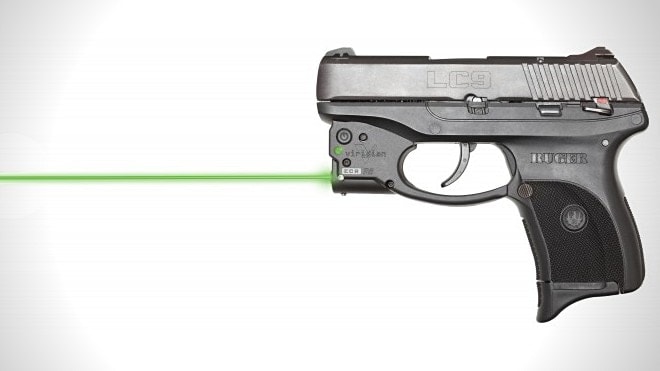 These laser sights all use Viridian’s new Reactor 5 green-light laser modules, which are designed to be as compact as possible allowing the housings to be made to match their host pistols — Viridian wants their sights to look as factory as possible by making it flow with Ruger’s style. 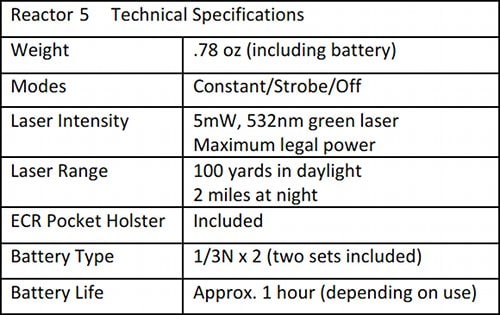 They have easy-to-reach on/off buttons in front of the trigger guard. This helps reinforce trigger discipline. Also, the buttons are flush with the laser housing to prevent objects from accidentally turning them on while carrying them, so that the batteries aren’t drained when needed.

Green light lasers can be seen from further away, are brighter day and night, and can be picked up in just about any condition. They do consume a bit more energy but from a practical perspective, many people would rather have the advantages for the few seconds they really count than for the extra minutes red light lasers offer in run-time. 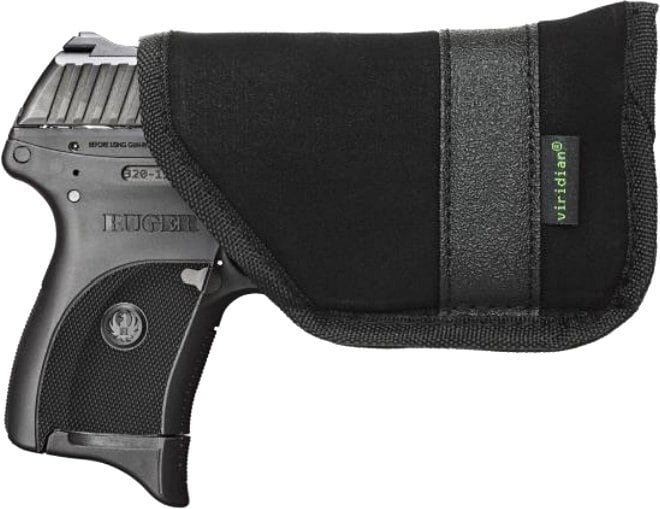 Viridian has also introduced another power mode with the Reactor 5 series of laser sights called “Enhanced Combat Readiness” mode. The Reactor 5 series includes sensors to track when its host gets drawn, turning on automatically. This feature makes it exceptionally appealing.

“This is what everyone wants, but nobody could deliver”, said Viridian president Brian Hedeen, “butt-kicking targeting for your lastditch defense. Only Viridian could do it. We have been eyeing this platform and working hard on it for a long time. This is a huge breakthrough for people serious about their personal safety.” 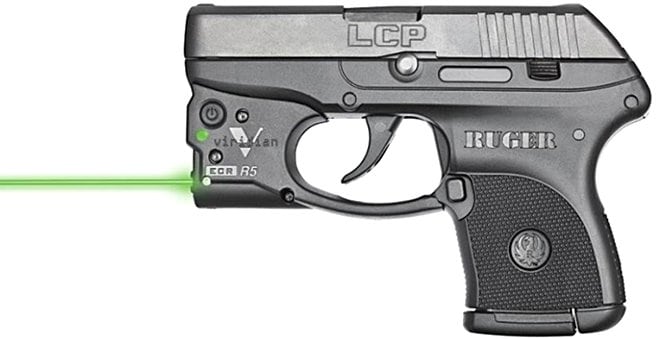 The other way red-light laser sights have an advantage over green-light lasers is cost, but with these Reactor 5 sights, you wouldn’t know it. They’re priced extremely competitively at just $219 — which is MSRP, expect to find them at retail stores for less — and that includes the laser sight, an extra set of batteries and a fit pocket holster. A whole package for less than some green light lasers cost by themselves.

“By the time you read this,” says Brian Hedeen, “the Reactor 5 will be available throughout our network of dealers and distributors. It’s Viridian’s latest way to optimize personal defense.”

Laser sights aren’t for everyone, that’s true. But with green-light laser sights that turn on automatically when drawn, we’re sure Viridian will win over more than a few converts. For more information check out the Viridian website.