EDITORIAL: What Gun Owners must learn from George Zimmerman 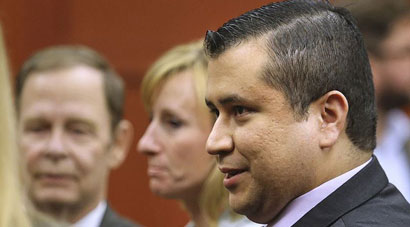 George Zimmerman during his trial.

On Feb. 26, 2012 in Sanford, Florida there was a shooting that would, for whatever reason, transfix this country and pressure how we as a nation understand our natural right to self-defense. I am of course referring to the shooting of Trayvon Martin by George Zimmerman.

It’s not my intention here to pour over the details of this case — I’m sure we have all heard those, time and time again. I personally have no desire to hear them again. Rather, I want to look at what we can learn, as a community of gun owners and concealed carry holders, from this case and how we can use these lessons to avoid the legal pitfalls along our path to personal security and happiness.

Knowing (it’s half the battle)

Let me say right up front that I am certainly not a lawyer or legal expert.  Nor do I have every state’s carry and defensive gun use (DGU) laws memorized. Chances are you don’t either, so I think one big take away from the Zimmerman case is the first thing — and I mean the very first thing — you should do before taking your defensive handgun out of the house is to look up and understand any state laws governing where and how to carry as well as any self defense laws that may come to bear in the aftermath of a self-defense shooting.  In 2013, this is as important to self-defense as knowing how to shoot accurately.

Here in New York we have Article 35 of the Penal Law, known as the Defense of Justification. This is the law that every handgun owner should know inside and out in New York State and you should know your state’s equivalent laws backwards and forwards if you plan to defend yourself.

Apples and oranges are both fruit

I don’t have much of anything in my past that resembles the self-defense shooting of Trayvon Martin, but I have had to talk to the police before after firing my weapon.  Here’s something that happened to me half a year ago that almost had me led away in cuffs.

I was on my way home from work on a deserted stretch of back road in December at around midnight when a deer ran in front of me and I clobbered it with my jeep. I stopped and saw a four-point buck lying in the road with a pool of blood coming from its nose and mouth, a big gash on its face and a bottom part of its jaw missing.

He appeared to be dead so I tapped him several times and then grabbed him by the antlers and drug him out of the road.  Then he suddenly tried to stand up and I backed off. He was in bad shape — nothing seemed to work for him and he struggled against the ground, bleeding. I was in the middle of nowhere.  There were no houses and I had no cell phone service, but I did have my .357 Magnum on me, so I shot the deer in the base of the neck where the skull and spine join.  The deer fell over dead on the spot.

A few minutes later a volunteer firefighter arrived who had his radio in his truck and he called for help. That help arrived in the form of two New York State Troopers, who promptly took my gun, put me in cuffs and placed me in the back seat of their car. I had my pistol permit as well as my badge and department identification. They said they had no issue with shooting the deer in so much as I had told them my story, they were just not convinced I had hit it first since my jeep had a few dents here and there and they could find no blood or hair. For nearly two hours they questioned me on the spot, telling me to tell them the truth, something along the lines that I had pulled up and shot the deer. I remained calm, knowing arguing and raising my voice would only get me to the barracks a little faster.

Finally a Conservation Officer arrived. We found parts of my jeep that had been broken off quite a few feet away on the far side of the road in the ditch. In the end the troopers apologized and the deer was tagged and I took it home. I don’t fault them because of what the situation looked like to them, but I also wasn’t jacking a deer.

So what the heck does this all have to do with the Zimmerman case? Well, what I can tell you is that anytime the police are involved in an incident involving you and a gun, you had better be up front and honest with the guys wearing the badges.  Telling a calm and consistent story after the incident was instrumental to a just outcome in the Zimmerman case as it was in mine and as it is in most — no matter how “unjust” the investigation may have seemed to anybody at the time.  If you withhold anything from them or lie, rest assured that everything you say after will be second-guessed and thought tainted. One half-truth can make your life a total nightmare.

Getting emotional with the cops won’t get you anywhere either, but that doesn’t mean you need to agree with everything they say. Stick to your guns and keep telling them the truth. Zimmerman’s story changed very little from the night of the shooting to the day he was found not guilty.  I must have told those troopers a dozen times how the accident happened, and that I did shoot the deer.  I even showed them my cell phone to prove I had no service. Why did they keep asking me the same thing over and over again? To see if my story changed each time I told it. So maybe a better piece of advice would be to say if you end up in one of these situations, keep your answers both simple and truthful.

One thing that every gun owner needs to learn post Zimmerman is how quickly and devastatingly political agendas and media portrayals can poison what is ultimately a fairly typical case of self-defense. I think this point really hit home for a lot of gun owners watching the character assassination of George Zimmerman — the realization that the assault doesn’t always end after the gun goes off. 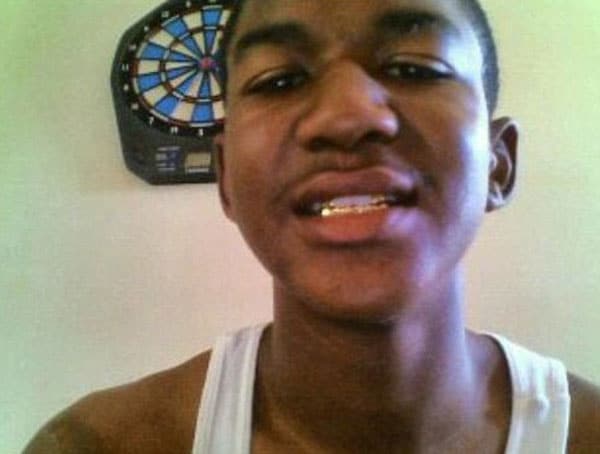 A self-portrait of Trayvon Martin that was disseminated during the controversy.

From day one, George Zimmerman was made to look as though he was a racist and media outlets continued to portray him this way despite overwhelming evidence that he is not. When they couldn’t get away with that anymore, he was “creepy.” Even now there are those who cannot fathom that Zimmerman shot Martin for any other reason than because Martin was black or stereotyped for his choice of “thug” clothing.

This is deplorable, but if the Zimmerman trial has shown gun owners anything, it’s that there is very little any single person or group of people can do to change the minds of folks who are blinded by their emotions, especially after the media circus stakes its tents and sells them tickets.  These folks only see the world the way they want to see it and the media are more than happy to give them a show that reinforces their twisted worldview.  Zimmerman’s life took center ring in this spectacle with the lives of his family and friends acting as sideshow attractions. Suffice it to say, none of their lives will ever be the same again — something that takes on a whole new dimension of sad when you consider nobody’s life is the same after a self-defense shooting.

The thing is, it’s hard to imagine what gun owners can do once the media jackals have started dog-piling on them. To that I say, the best offense is a good defense.

Sometimes I look at the comments on Guns.com’s Facebook page and all I can do is shake my head. Gun owners need to realize the world we live in has gotten much smaller and everything, from that off color joke that you posted on FB to that “hilarious” though racially insensitive tweet you sent to your friends and family is now up for public scrutiny. If you don’t think the past can’t come back to haunt you, just ask Paula Deen.

If the shooting you’re involved in makes the papers it’s a good bet that someone is going to go beyond the narrative of the case and turn their attention towards you and your history. Some would like nothing better than to see law-abiding gun owners put in prison, because it justifies their gun control.

With a little Google-fu, reporters can find just about anything put on the Internet, no matter how private you think your settings are and any controversial statements you made in the past can and will be used against you later on if the chance arises. If you don’t think that stuff will be looked into if you shoot someone in self defense or otherwise, you’re fooling yourself especially if the guy now lying on the ground is another color than you. On the Internet, you are free to say whatever you want but realize people are then free to interpret what you say in terms of how they think.

The George Zimmerman case is now over.  Who knows where the ‘stand-your-ground’ battle will go from here, but we as gun owners need to take what we saw during this trial to heart because the results have implications for all of us. We have all just witnessed how a simple act of self defense can be taken and twisted into everything it isn’t.  Don’t ever forget this.  Whisper it to yourself every time you take your gun out of the house.