A safety officer in Volusia County Beach, Florida, was fired after “disrespectfully” referring to Trayvon Martin on his Facebook page and for allegedly doing it on a county computer.

Todd Snipes, 45-year-old, served the county for 24-years and was a nominee for “Crime Stoppers of Northeast Florida’s Law Enforcement Officer of the Year” award in 2009. Late last month, unfortunately, was the beginning of the end of his career.

Snipes had received a picture message on his phone. The cartoon portrayed Martin in a hoodie, holding a can of iced tea and a red bag of Skittles. The caption read, “Those Skittles were to die for.” 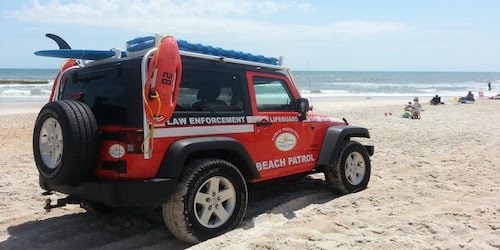 While Snipes had tenure and his accolades were many, they were outweighed by his comments – having originally landed him suspension with pay while internal affairs conducted an investigation on the matter.

“I am absolutely disgusted with comments like that, and cartoons – and to make any sort of joke about it is just insensitive and wrong,” Councilman Josh Wagner said.

County Chair Jason Davis commented, “This is unacceptable. I am not happy. We’ve got enough problems in this country and we don’t need our own county employees adding to it.”

A Volusia County policy exists that allows disciplinary action to be administered to any employee for “any conduct, on or off duty, that reflects unfavorably on the county as an employer.”

And that’s exactly what the county did.

In Snipe’s termination letter, Department of Public Protection Director George Recktenwald, wrote that Snipes had “engaged in behavior that threatens the respect and trust of the community and jeopardizes the perception that the department enforces the law fairly, even-handedly and without bias.”

Recktenwald added that the “racial content of these text messages is not only unprofessional, but disturbing coming from a supervisor of Volusia County Beach Safety.”

In the ever-present quest for equality, the question begs to be asked: If Snipes had commented that Zimmerman was a “murdering thug,” would he still have his job?