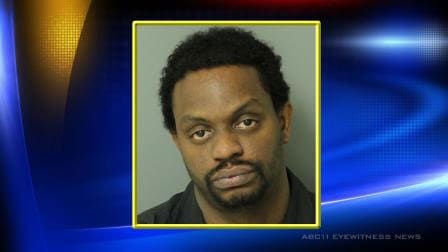 The resident’s quick thinking and even quicker draw kept him from becoming Trevor Herne’s next victim. (Photo credit: ABC)

A young man shot and killed an armed intruder who broke into his ground floor apartment in Raleigh, North Carolina early Saturday morning.

When 23-year-old Vincent Reed Bellamy called 911 just before 2 a.m. he told the dispatcher that a man had broken into his apartment and held a handgun to his face. However, Bellamy was able to pull his own gun and shot the intruder, who was later identified as 35-year-old Trevor Anders Herne.

Once he fired, Bellamy then activated the building’s fire alarm, presumably to alert other tenants of the situation. The alarm woke Bellamy’s roommate, who saw Herne’s motionless body lying on the hallway floor and at first feared it was his roommate and also called the police.

Herne was pronounced dead at the scene when police arrived.

The normally quiet apartment complex is used as off-campus housing for nearby North Carolina State University, Meredith College and Shaw University students and isn’t usually the setting for crimes.

In fact, Raleigh and the entire state of North Carolina have seen a decreasing trend in both property and violent crimes over the past ten years in even greater numbers than the national statistics. Despite it being the state’s capitol and second largest city, Raleigh ranks at #117 on the crime index for the state.

The state’s Castle Doctrine Law legally protects residents like Bellamy when they do find themselves victims of violent crime and therefore act in self-defense. According to the law, “a person who unlawfully and by force enters or attempts to enter a person’s home, motor vehicle, or workplace is presumed to be doing so with the intent to commit an unlawful act involving force or violence.” Throw into the mix the fact that the intruder was armed and pointed his gun at Bellamy, and it dismisses any question of Herne’s intentions.

The incident continues to be under investigation and no charges have been filed against the Bellamy, who investigators have determined shot Herne in self-defense.