War veteran with disabilities, mocked and banned from boardwalk for using his service dog (VIDEO)

A disabled U.S. Army war veteran was banned from a New Jersey boardwalk for having his service dog by his side.

Jared Goering is a 19-year war veteran with three tours under his belt. In 2009, Goering was serving in Afghanistan when his vehicle was hit by IEDs, twice within 36 hours. The resulting trauma left Goering with mobility issues, something his dog, Navigator, helps him overcome.

When a North Wildwood police officer stopped and ticketed Goering and his wife for simply having Navigator by his side, the former serviceman was frustrated to say the least. When the officer mocked Goering and asked “if all vets get service dogs,” he was left feeling utterly disrespected.

“Just like any veteran with disabilities with a service dog, to come back and be harassed and shown no respect, it upset me – it really bothered me,” Goering said. “I was up most of the night thinking about it.”

Goering and his wife chose to take their disgraceful experience public, in an effort to raise awareness about service dogs and how they help injured veterans.

While what happened to Goering on that boardwalk is certainly terrible, it’s not the first time a serviceman has been subjected to unfair prejudice.

During a three-day layowever at the Dulles International Airport last summer, Jim Stanek said he was verbally abused and his service dog was physically mistreated, according to a testimony he gave in a YouTube video. 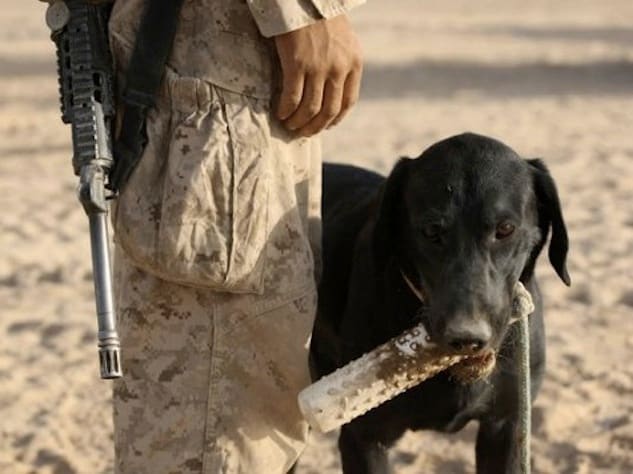 United Airlines employees kicked Stanek’s dog, and asked Stanek if he was “retarded” because he couldn’t stand in the line with everyone else.

According to police officials, there are no pending charges, but they are conducting an investigation into the matter. The mayor of North Wildwood stated a formal apology will be issued, if appropriate, at the outcome of the investigation.